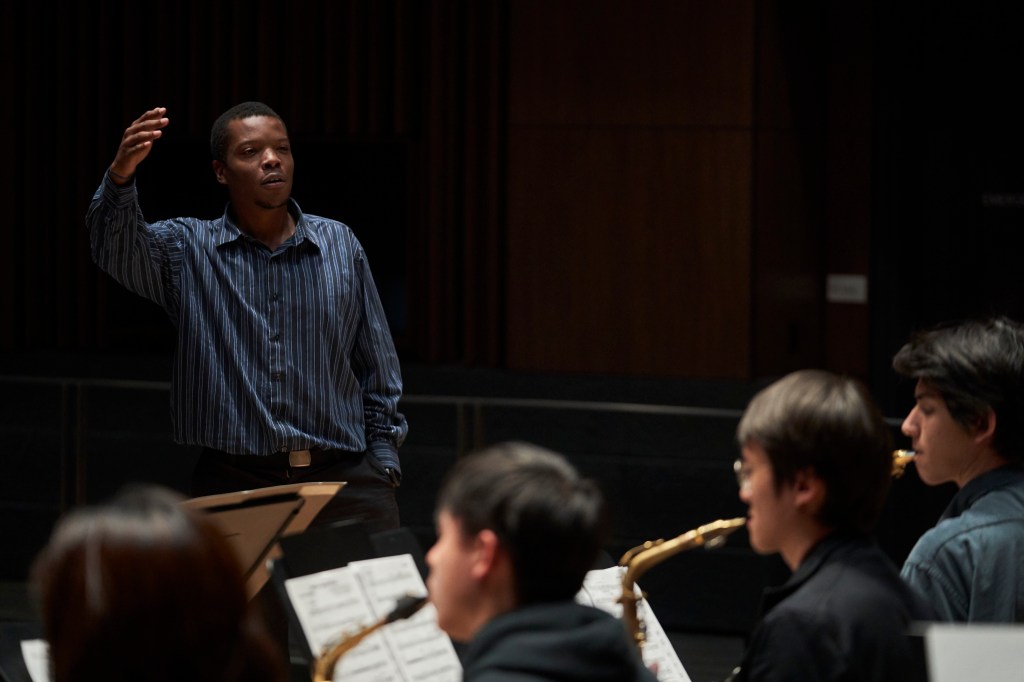 From powerful vocal performances to jazz to percussion-only music, UC Davis’s music department is presenting their lineup at the end of the year.

On December 3 at the Jackson Hall of the Robert and Margrit Mondavi Center for the Performing Arts, UC Davis choirs perform a repertoire that spans five centuries and includes several works by living composers from diverse backgrounds. Entitled “A World Anew”, the concert is Erik Peregrine’s first as the new choir director. Peregrine, also a lecturer in the music department, has held various leadership and teaching positions across North America, including at the University of Arizona Collegium Musicum, Tucson Masterworks Chorale, Saint Paul Conservatory for Performing Artists and University of British Columbia Choirs. .

Peregrine says the concert “celebrates the joy, resilience and healing power of singing together,” which has been difficult especially for singers during the pandemic. The concert features all three UC Davis choirs: the college choir (a medium-large ensemble), the chamber singers (a treble choir), and the early music vocal ensemble. The program includes works by living American composers Rosephanye Powell, Melissa Dunphy and Sydney Guillaume, as well as English Renaissance composer William Byrd.

The UC Davis Concert Band returns to Jackson Hall at the Mondavi Center on December 1. Under the direction of Pete Nowlen, the group will perform works by film composer Alan Silvestri, taken from the animation “Polar Express”; Alton Adams, the first African-American conductor in the United States Navy; famous American conductor Helen May Butler; the Anglo-Sierra Leonean composer Samuel Coleridge-Taylor; and Chinese and Sino-American composers Jack Loh and Yan Pang.

The UC Davis Jazz Bands, led by Otto Lee, will take the stage at the Ann E. Pitzer Center on November 30. The bands will perform music from the great American jazz tradition, including tunes by Chick Corea, Benny Golson, Count Basie, Thad Jones and others.

The Percussion Ensemble’s concert on December 3 at 3 p.m. is also free and titled “Loose Ends,” which takes place at the Pitzer Center. Under the direction of Chris Froh, students will perform works by Andy Akiho, John Cage, Emmanuel Sejourné and others.

Chorus, Jazz and Concert Band concerts start at 7 p.m. Tickets are $ 24 for adults and $ 12 for students and children, and can be purchased through MondaviArts.org, by phone at 530-754-2787 or at the door. The box office is open Tuesday to Friday, 11 a.m. to 5 p.m. and one hour before each performance.

For more information on these and other performances by the Department of Music, visit arts.ucdavis.edu/music. All performances will be broadcast live on the department’s YouTube channel at youtube.com/musicatucdavis.

At SDMA, local surrealist Ethel Greene gets her due as part of a thematic restructuring of the Balboa Park museum