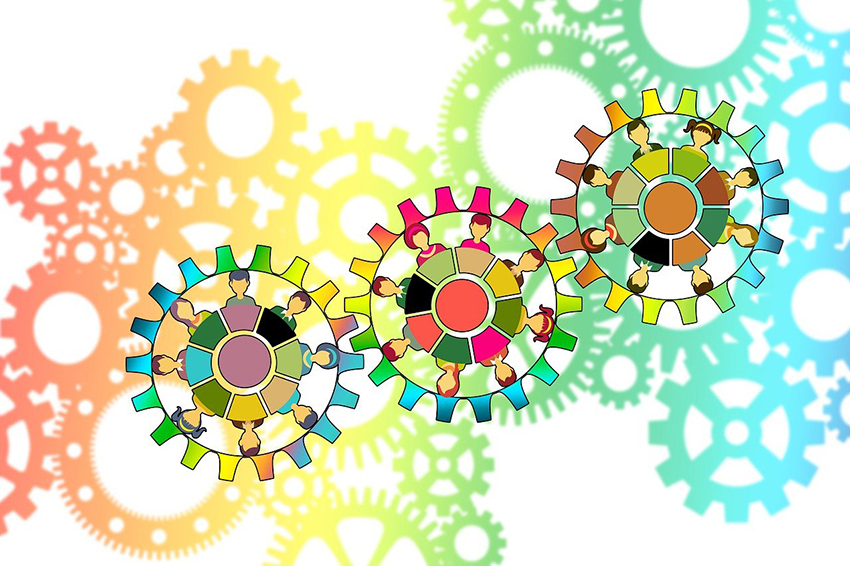 The wisdom of peoples in global networks

The third meeting of the Council of the Wisdom of the Peoples of the Earth was held on 09.04.2021, in the presence of the seven networks. With satisfaction, we noted that the experience of the Parliament of Planetary Citizenship has been consolidated to the extent that the functioning of the working groups gives organicity to the process, that each Councilor assumes a function, and collectively, in the WGs. , provides service to the experience of Parliament. Thus, the established Conviviality Pact is put into practice, interpersonal trust grows, disagreements give way to dialogue, and agreements are found. The dynamic of exercising a new policy is being built little by little, without hierarchies, with equal protagonism between men and women and between networks, in a climate of cordiality and mutual respect, beyond disagreements.

The qualified functioning of the group of interpreters in four languages ​​mobilized by MRG -Multiconvergence of Global Networks, deeply involved in the idea of ​​Parliament and in an attitude of volunteerism, is a high point of the experience, well representative of the spirit of service leadership that marks this initiative. The loan by the URI (United Religions Initiative) of its professional platform to hold the meeting, which allows simultaneous translation and the division into groups by language, showed the strength of the union and the good will to carry out a successful such international and innovative experience, without financial investment. The idea that “we are doing something big”, however small, encourages the networks present, and their female and male representation gives the best of themselves. Another element of consolidation of the process is the fact that two people who gave the impetus to the MRG and the idea of ​​the Parliament became the representatives of their networks in the Council: Moema Viezzer, for the Earth Charter, and Marcos Arruda, for the Agora of the inhabitants of the Earth.

During the September event, the first results of the work of the working groups were reported: Group 1 presented the progress made in proposing a definition of the vision and the mission of the Parliament and discussed the need to prioritize certain urgent issues such as regeneration in the face of climate change, the defense of peace and democracy in the face of fascist advances, and an inclusive economy that values ​​life, in the face of pandemics and exclusion growing. Likewise, Group 2 made its preliminary proposal on the Methodology for the functioning of Parliament, advancing the discussion on the Coexistence Pact already discussed by the Networks and which is proving to be an important political tool. Group 3, responsible for detailing the Planetary Citizenship Assembly project, presented a table with six inclusion criteria for representatives of each MRG network (gender plurality, education and wisdom, income, continental status, ethnicity and age ). Group 4, the Parliament enlargement group, will develop its strategy of expanding into new networks that also include business and decision-makers. To make the expansion possible, WP4 argued that it would be interesting to mature the process with less formal and decision-free meetings, so that new networks can join the experience without finding a fully defined process.

The MRG deepens its experience by trying to identify other experiences of constitution of planetary parliaments, old or new, and to exchange experiences with similar ideas, such as the parliament which is tested in the COP 26 process. first role, important but more traditional, of a conceptual and results-oriented approach, is counterbalanced by the second, innovative and feminine, which seeks to amalgamate a pluralism centered on the achievement of objectives, overcoming divergences through dialogue . There is also a tremendous presence of concrete organizational actions beyond intellectual elaboration, with advisers, GMM promoters and support network partners performing the various practical tasks necessary to advance the experimentation process.

Thus, the experience of the Parliament of Planetary Citizenship continues with a new session scheduled for October 9, from 11 a.m. to 1 p.m. (Brasilia time). Once again, two new networks, the Earth Charter and Dialogues on Humanity, are in charge of the meeting, supported by the Steering Group made up of a representative from each MRG network. Once again, the Advisors take the risk of innovating, testing and experimenting with something so necessary in these times of uncertainty and suffering: to build democratic, inclusive and creative citizen participation on a planetary scale for to face the problems of our time.

At 30, the Carr Center aims to “transmit African-American culture to the world”