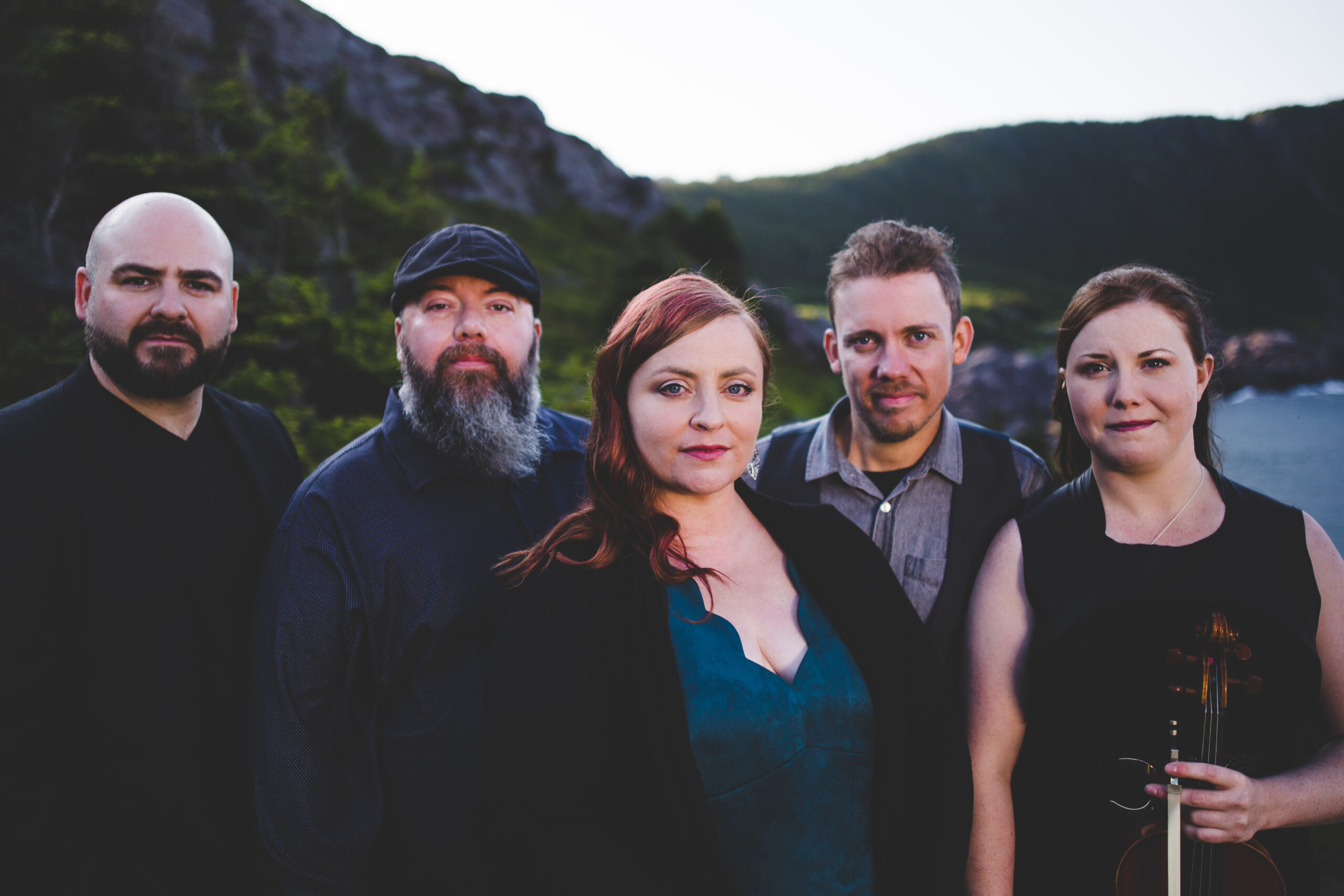 VSEltic rock from the Derina Harvey Band will energize the Washington Center for the Performing Arts during the Olympia Arts Walk. Saturday night, April 23, singer Derina Harvey’s rich voice will roll out traditional folk songs in the band’s rock-and-roll style mixed with Celtic characteristics. The band’s original songs, humor and storytelling are also entertaining highlights. Thanks to a special subsidy, tickets are offered at a reduced rate and EBT cardholders can book free tickets.

The Derina Harvey Band debuted with their self-titled album in 2013 and released their second, “Rove and Go”, in 2016. Singles such as “Fallen Man’s Daughter”, “Northern Lights of Labrador” and “Grow”, released in 2021, have since followed. After touring much of Canada, the band made big impressions in the United States. While in the Pacific Northwest, they attended the Arts Northwest Conference in 2017, held in Tacoma, and won not only the “Best in Showcase” award, but also more bookings in the region. In 2018, the band won the People’s Choice Award at the Edmonton Music Awards.

The word of their talent precedes them. Shanties exploded in popularity on TikTok in 2021, and the Derina Harvey Band’s song “The Last Shanty” was right in the mix on the popular app. Viral videos featuring their song came as a surprise to the group. TikTok users had a lot of fun filming themselves lip-syncing, wearing costumes, dancing and singing. Audiences can expect fun songs that will have them tapping their feet if they’re not dancing in their seats. Among their repertoire are songs like “The Last Shanty” and “The Last Saskatchewan Pirate” from their album “Rove and Go”.

City of Olympia grant makes art accessible to all

The Derina Harvey Band’s performance is available to a wider audience thanks to a grant the Washington Center received from the City of Olympia. Olympia’s grants to arts and culture organizations provide up to $20,000 annually as part of a commitment to supporting equity in the community. The city’s grant program also matches grants of up to $5,000 for nonprofit arts and culture organizations that have served Olympia for at least two years. Other theater events have received the city grant, such as Ballet Northwest, Olympia Symphony, Olympia Family Theater and Animal Fire Theater. Due to the effects of the pandemic, such as limited staffing and financial resources, and uncertainty as to how the reopening would be implemented, the Washington Center was unable to launch the funded program. in 2020 or 2021. However, they were able to modify their application to the city and apply their grant to the Derina Harvey Band show.

Providing financially accessible performances is another way the Washington Center supports the community with the arts. He has long supported requests for ticket donations for fundraising purposes. The Washington Center also works with several social service organizations to provide free tickets to group patrons. However, the venue had no mechanism to work with individual theatergoers. Working directly with the individual client is another way to provide discounted tickets to low-income people who may not be working with a community agency. A simple phone call and presentation of your EBT card at the ticket office can guarantee admission. It puts the choice in the hands of the qualified person to access artistic performances and enjoy low-cost or no-cost tickets. Cities other than Olympia have formalized programs for discount ticket processes. It is the hope of the Washington Center to perhaps one day have citywide collaboration with other locations for easy access opportunities.

The Washington Center box office is open Tuesday through Friday from noon to 5:30 p.m. and two hours before any event. Call 360.753.8586 or email [email protected] for more information about the show. Check out the Performing Arts Center’s Derina Harvey Band event page for seating and ticket information. Admission to the show on Saturday, April 23 at 7 p.m. ranges from $4 to $10. EBT cardholders should call the box office to reserve seats.