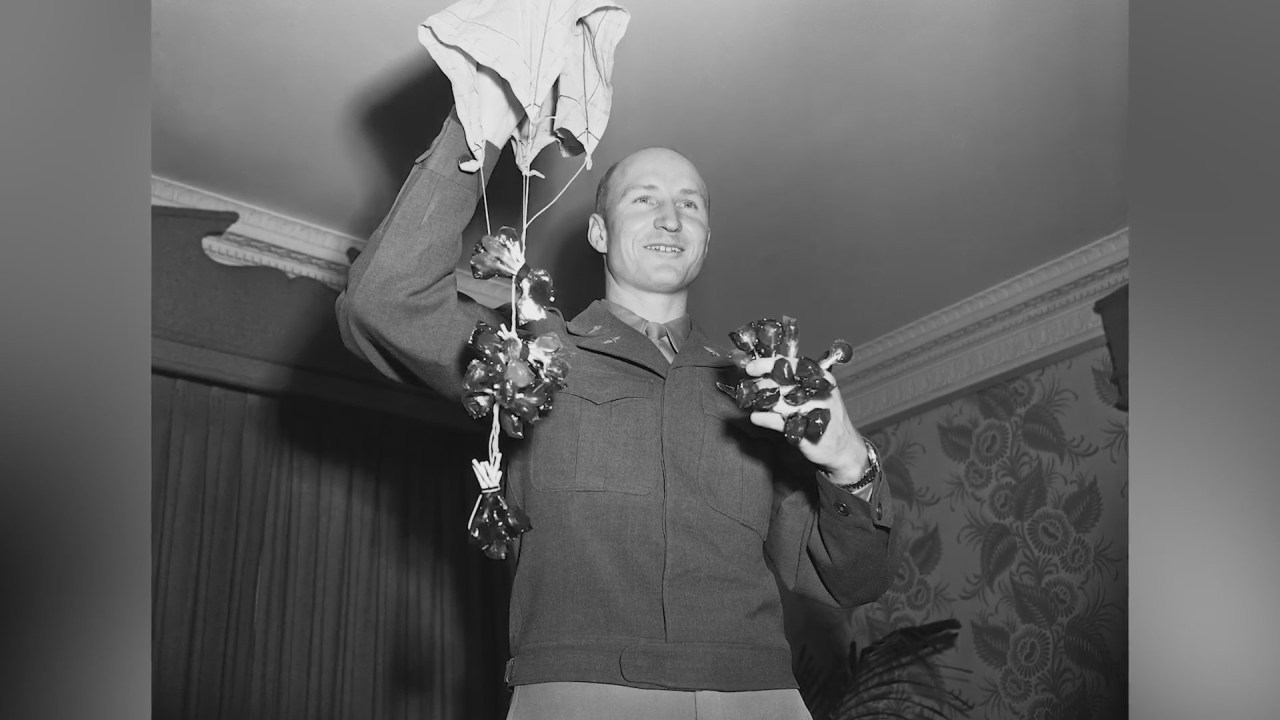 ST. LOUIS – The US Air Force Band of Midamerica and the St. Louis Children’s Choir told the story of the “Candy Bomber,” an Air Force pilot who dropped candy on children since his birth. cargo plane in 1948.

It is one of nine performances by the United States Air Force Band of Midamerica, this year marking its 75th anniversary.

Your guide to holiday must-haves in the St. Louis area

“This year we are focusing on the Berlin Airlift, which took place in 1948,” said Captain Justin W. Lewis, commander and conductor of the United States Air Force Band of Mid- America. “And Colonel Gail Halvorsen, known as the Candy Bomber, turns 101 this year, and he did a lot of things to bring Germany and the United States together after WWII.”

The famous Air Force pilot was stationed at Scott Air Force base while serving overseas. Halvorsen helped children in war-torn Germany after WWII by dropping candy.

“That America and Britain take care of these children in a very special way so that they truly spend Christmas in a time of great deprivation is a wonderful story that resonates with the children who have gone through two years. difficult now, ”said Barbara Berner, artistic director of the Saint-Louis Children’s Choir.

In 2015, Halvorsen once again ditched candy for children in Salt Lake City.

Thinking back to candy, Halvorsen knows that candy carries more weight than chocolate.

“I was at the end of the runway at Templehoffen US airbase in West Berlin, suddenly in front of the barbed wire right next to me there were thirty children and the children would see you in uniform chasing you and shaking you. for chocolate, ”Halvorsen said. “Children aged 9 to 15 had been under Hitler. They knew freedom was what they wanted.

Trend: where is the Garden of Eden? Why LDS owns over 3,000 acres in Missouri

The band and choir recreated the historic, sweet event with tiny candy parachutes.

“It’s really nice to see what can happen when a person does a caring act and it can kind of take off and change the world for the better,” Lewis said.

The “Christmas in the Sky: The Candy Bomber Story” show will be staged again at the Touhill Performing Arts Center on Friday December 3 at 7 pm.

Tickets are free but the organizers encourage people to reserve their seats in advance: https://slccsing.org/events

How to prepare for the IMO 7 class?