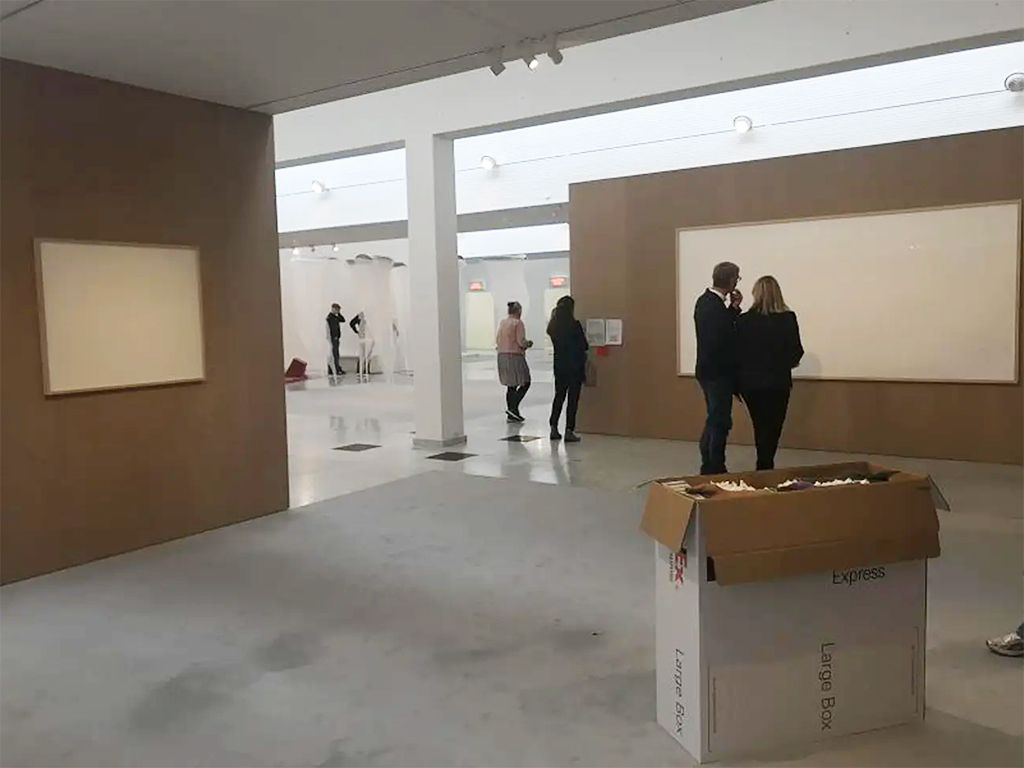 The artist presents two blank canvases to the museum which paid him $ 84,000

Modern art is constantly evolving. Some people wonder if simple shapes and colors on a canvas have a place in an art gallery, while others celebrate works of art that present complex ideas in simple forms. But even the museum director laughed when he received a new piece of art from artist Jens Haaning, which was nothing more than a blank white canvas.

The two works of art titled “Take the Money and Run” are currently on display at the Kunsten Museum of Modern Art in Aalborg, Denmark. And it looks like the artist, to whom the museum loaned $ 84,000 for art, did just that. Haaning was commissioned by the museum to make two reconstructions of his previous works of art titled “Danish Average Annual Income” and “Austrian Average Annual Income”. These two works of art physically show the average wages earned by a worker in these countries. But instead of using the money to recreate these works, Haaning created something new by creating nothing at all.

Museum director Lasse Andersson described his views on the matter in these terms: “Jens is known for his conceptual and activist art with a humanistic touch. And he gave us that, but also a bit like an alarm clock because everyone is now wondering where the money went?

And Haaning himself said, “Everyone would like to have more money, and in our society the labor industries are valued differently. The work of art is essentially about the working conditions of artists. Although Haaning received money from the museum for the work, the money was only a loan, so he will have to return it after the museum returns his artwork to him.