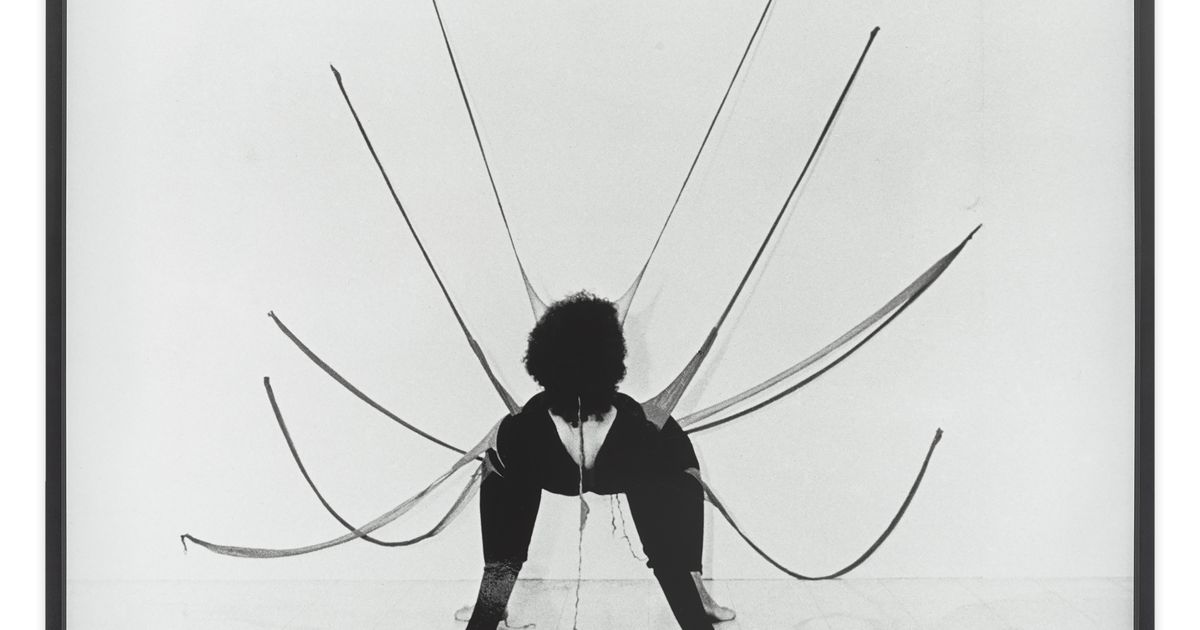 The $100,000 Nasher Prize is awarded, for the first time, to an African-American woman

In 2016, the Nasher Sculpture Center awarded its first Nasher Prize, which was unique then and now. No other international prize exclusively cites the sculpture, let alone the $100,000 the prize carries with it.

Today, the Nasher is turning a new page in the history of this honor by awarding its 2023 Nasher Award to an American, the third to receive it. She is, however, the first African-American woman to be counted among its seven honorees.

The winner is Senga Nengudi, 79, who was born in Chicago but now lives in the mountains of Colorado. Her career began in the mid-1960s, amidst the fervor of the civil rights movement, the women’s movement, and second-wave feminism.

Such events helped shape – dramatically – the wide range of art created by Nengudi, which extends beyond sculpture, even to performance art, enhancing his ability to deal purposefully race, gender, ethnicity, work and the passage of time.

“I love the generosity of his work,” says Jeremy Strick, director of the Nasher Sculpture Center, who relied on an eight-member international jury to choose the winner.

He cites “the breadth of her practice, the way she embraces sculpture, objects, dance, performance, photography, film, painting, installation – and then brings those things together”.

Nengudi, says Strick, has placed his work “in places and situations that are not traditional art sites. Yes, she has worked in galleries and in museum exhibitions, but a number of her most important works were made or originated in places such as a fire escape in New York, a freeway underpass in Los Angeles – public spaces.

“And while we often think of sculpture as being permanent objects, some of which are thousands of years old, his work also embraces impermanence. She is interested in the effect on the viewer.

He applauds, in particular, his “embracing of unconventional materials, whether plastic bags filled with water, crumpled newspapers, air conditioning units or pantyhose.”

Yes, pantyhose, form-fitting tights that cover the body from the waist down to the toes. The judges were apparently captivated by Nengudi’s use of tights, calling it “a defining feature” of her work “to date”.

As the Nasher noted in its announcement, “She stretches them, fills them and knots them as an allusion to bodies and flesh – especially that of women. The works elicit pain, age, violence and temporality, and are subject to wear over time.

She is able to take “ordinary materials”, says Strick, “and transform them into something evocative, poetic and powerful”.

She produces work independently, “but a lot of her work,” he says, “is about working with friends and other artists, whether they’re visual artists, dancers, musicians, photographers or poets.” .

He describes her as an artist “who understands that identity of any kind, whether racial or gender identity or anything else that one holds within, is something that can raise expectations for others. that you, the artist, may not fully share.”

So, by extension, he sees her as someone “who doesn’t want to be controlled or have the interpretation of her work controlled by the preconceptions of others”. So that’s not the case.

She is “someone who has her own vision and her own interests in which she has confidence. She pursued them and the work found its audience. She has found a community of other artists” who represent “an incredibly creative and remarkable group”.

The acclaim she received, ahead of the Nasher Award, “has grown over the years,” he says, citing “the gift she has given and continues to give.”

And of course there is his age. Nengudi becomes the oldest of the seven recipients, prompting Strick to say that “our jury was determined, from the outset, that the Nasher Award is not a lifetime achievement award – which means nothing say against the awards for all of his achievements, which are great things.

“The jury wanted to identify artists who have a significant body of work, who are not emerging artists, who are not ‘new’ talent but who are doing work today that speaks particularly powerfully to the present moment, whose work is particularly influential among younger artists, whose work seems central to the conversations that artists have, that take place about art.

Her work resembles that of previous winners, who collectively embody a value that Strick says the jury envisioned as a winning barometer: “Whose work, regardless of the artist’s age, speaks to the present and points to the future.”

Nengudi managed to thrive even in the 1960s and 1970s, Strick says, “when black artists of the time were unappreciated or largely ignored by institutions, by galleries. She found a gallery in New York , just above Midtown Manhattan, which really focused on black artists.

He calls it “an incredibly rich and culturally productive place, but it was kind of all alone there. And most of the art world was not paying attention to it.

The New York Times wrote enthusiastically about Nengudi’s work in 2020, noting that “in the decades since his debut, Nengudi’s sculptures have become icons of the black arts movement, the flourishing multidisciplinary intellectual in the 60s and 70s that coincided with and gave artistic form to the rising political activism and black nationalism of the time. They have also become touchstones of feminist art (a competing art movement) for the way even their materials tear apart, in a literal sense, traditional notions of femininity. (Nengudi noted that due to the humility of her materials, she could “put my whole show in my purse”: “I started to think, ‘What is the heart of the existence of a woman? The handbag,” she said.)

Nengudi will receive the award at a special ceremony in Dallas on April 1, 2023.