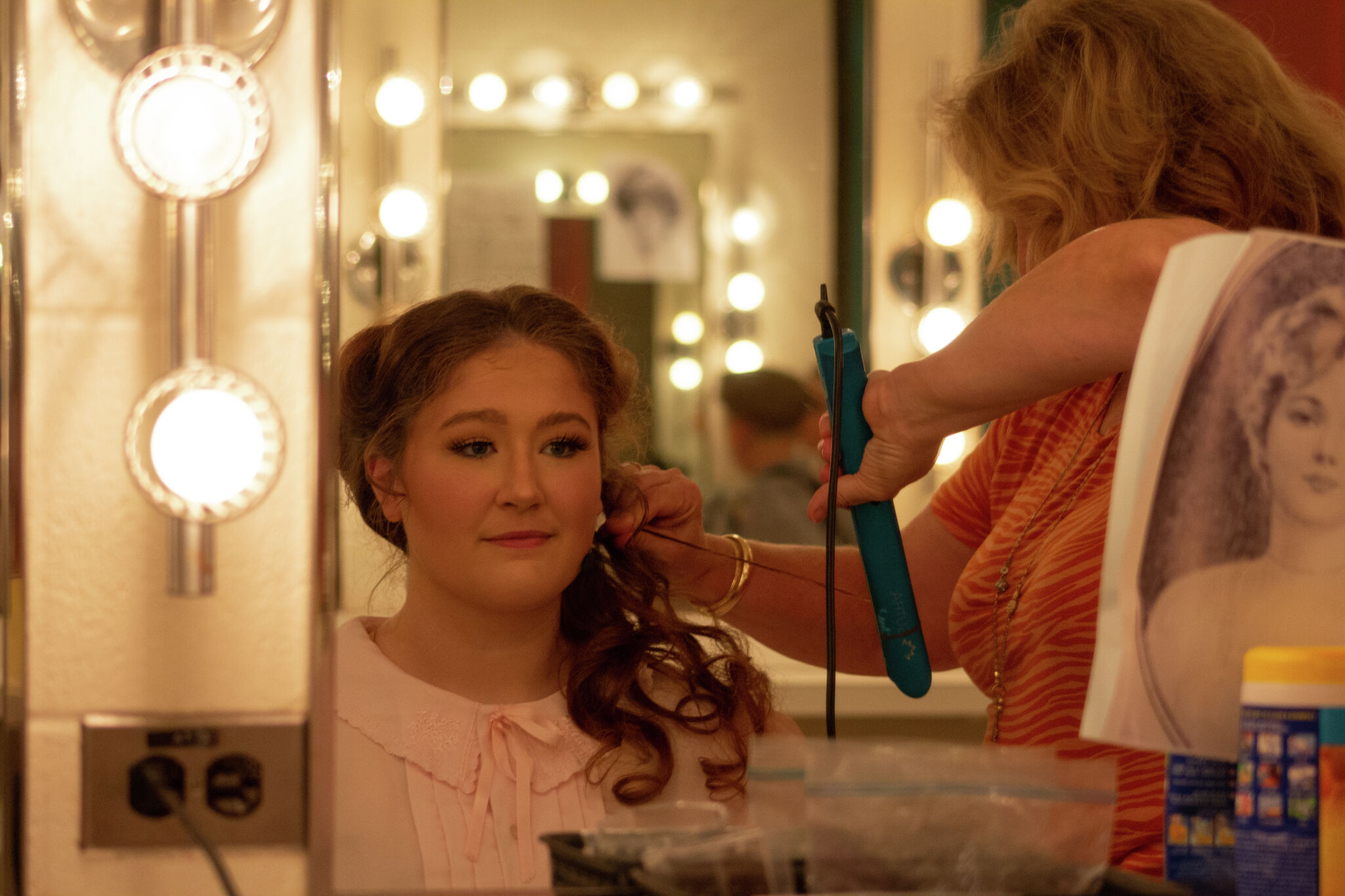 For decades, Midland-area teens have spent their summer vacations staging musicals with Teenage Musicals Inc. (TMI). In many cases, their experiences have inspired them long after the final curtain has fallen.

For the love of theater

TMI began in 1962, when Midland students, voice and music teacher Betty Hath asked him to create a summer musical. At the time, children and teenagers had very few opportunities to act in plays.

Betty and her husband, Gerald, accommodated the children’s wishes and went to work on their first show, “I’ll Never Let You Go,” performing in the auditorium of the Grace A. Dow Memorial Library. About 30 students participated that first year, working behind the scenes or on stage. The group grew to eventually accommodate over 100 students.

Through TMI, teens and young adults are involved in nearly every aspect of directing a musical.

In the summer of 1999, former Midlander Micah Young landed a role in the production of TMI’s “Babes in Arms”. He enjoyed learning different skills, participating in fundraisers, and spending time with other TMI members after rehearsals and performances.

“That communal environment is so important when you’re a teenager,” Young said.

In 2002, Young had the chance to direct a rehearsal for “The Wizard of Oz” under Jim Hohmeyer, which Young described as a “great moment”. Young went on to lead several other TMI shows and served as student board president.

“That experience prepared me a lot,” Young said. “Conducting is one of those things you learn by doing.”

TMI left Young feeling empowered to pursue a career in the performing arts. He has since worked in 11 Broadway shows; he just started as a backup pianist with the Broadway production of “The Music Man,” the same show TMI is presenting this year.

“Midland has a lot of resources,” he said. “To have TMI are proven people doing the arts for a living. It opens your mind to “I can do this”.

Growing up in Bay City, Claudia Marsh had no summer theater opportunities. She planned to study acting in college but lacked confidence in her acting abilities. In 2008, her sister learned that TMI was holding auditions for “Oklahoma!” and encouraged Marsh to try. Although hesitant, Marsh decides on a whim to audition and lands a role in the set.

“It was the best decision I could have made,” she said.

She credits team members Billy Anderson, Adam Gardner-Northrop and Kelli Jolly for helping her realize her talent and build her confidence. Marsh continued to perform on TMI shows including “Beauty and the Beast”, “Cats”, and “Kiss Me Kate”. In addition to performing on stage, Marsh was a student representative on the TMI board.

Marsh, who now resides in Midland, went on to study musical theater with a concentration in acting and directing at Central Michigan University. She teaches middle school drama classes, directs high school productions in Bay City, and continues to audition for regional shows. She is also Chair of the Board of the Midland Center for the Arts.

“I think every student can have their own experience,” Marsh said. “Mine was to point out to people that I could be a leader and to encourage me.”

Building friendships one summer at a time

A small team of adults assists the teens in the weeks leading up to TMI shows.

Former Midlander Pennye Padgett has served on TMI’s board and as a choreographer for 16 shows, spanning from 1973’s ‘Bye Bye Birdie’ to 2018’s ‘The Little Mermaid’.

“For me, the biggest star in the world was Betty Hath,” Padgett said. “She was adorable in real life and on stage. It was so exciting for me and my two daughters to perform for Betty and Gerry Hath.

After helping out at a few shows in the 1970s, Padgett left the state for a while. In 1993, director Kay Collison invited her back to Midland to choreograph “Carousel”. Seeing the smiling faces of the children gathered in the theater, Padgett was fully engaged.

“It’s a family. The older kids took care of the younger ones,” Padgett said. “They helped them and taught them the dances.”

Padgett appreciated how hard the students worked for the shows, saying that in the end, they taught adults more than adults could teach them. She received notes from former TMI members saying how much the program has meant to them and inspired them over the years.

“It’s the most rewarding thing for me,” she said. “We pass it on every summer.”

Peter Conarty, from Midland, taught speech and drama in Midland public schools in the 1970s. It was through his relationship with Gerald Hath that he became involved with TMI.

“I became a member of the TMI board and before I knew it, I was running shows,” Conarty said. “It was just in my domain.”

Conarty has directed seven TMI shows, but one of his favorites was “Guys and Dolls” in 1975. Not only was this his first time directing TMI, but he also has fond memories of building the sets with students. He explained how the program brought out his enthusiasm and energy for acting.

Conarty observed how TMI provided students with the opportunity to not only showcase their talents, but also to meet others in the area. To this day, Conarty remains in contact with former TMI members, receiving occasional Christmas emails and cards.

“It’s nice to be called back after all these years,” Conarty said. “In all the years I’ve conducted, the students were wonderful. They really went out of their way for the shows.

The legacy lives on

Students continued to benefit from TMI even after the end of a particular summer. As early as the 1970s, TMI provided theater scholarships — funded by show profits — to Midland College students who wanted to further their education in the performing arts. United Steelworkers Local 12075 is currently offering an annual scholarship worth $5,000 to a TMI student who demonstrates commitment to the community.

For Marsh, TMI impacted her life in multiple ways, and she still maintains friendships made during her time with the program. She can’t imagine what her life would be like without her experience with TMI.

“I’m so grateful to have been able to meet Gerry and Betty Hath,” Marsh said. “These are incredible people who have made a difference in the lives of children 60 years later.”

Padgett discussed how TMI instills valuable lessons in younger generations, including the value of hard work, public speaking, relationships and following the rules.

“I hope the community will continue to support TMI,” Padgett said. “There is so much to gain in the arts.”

Aave Price Analysis: AAVE failed to break above the key $100 resistance, will the price turn lower?