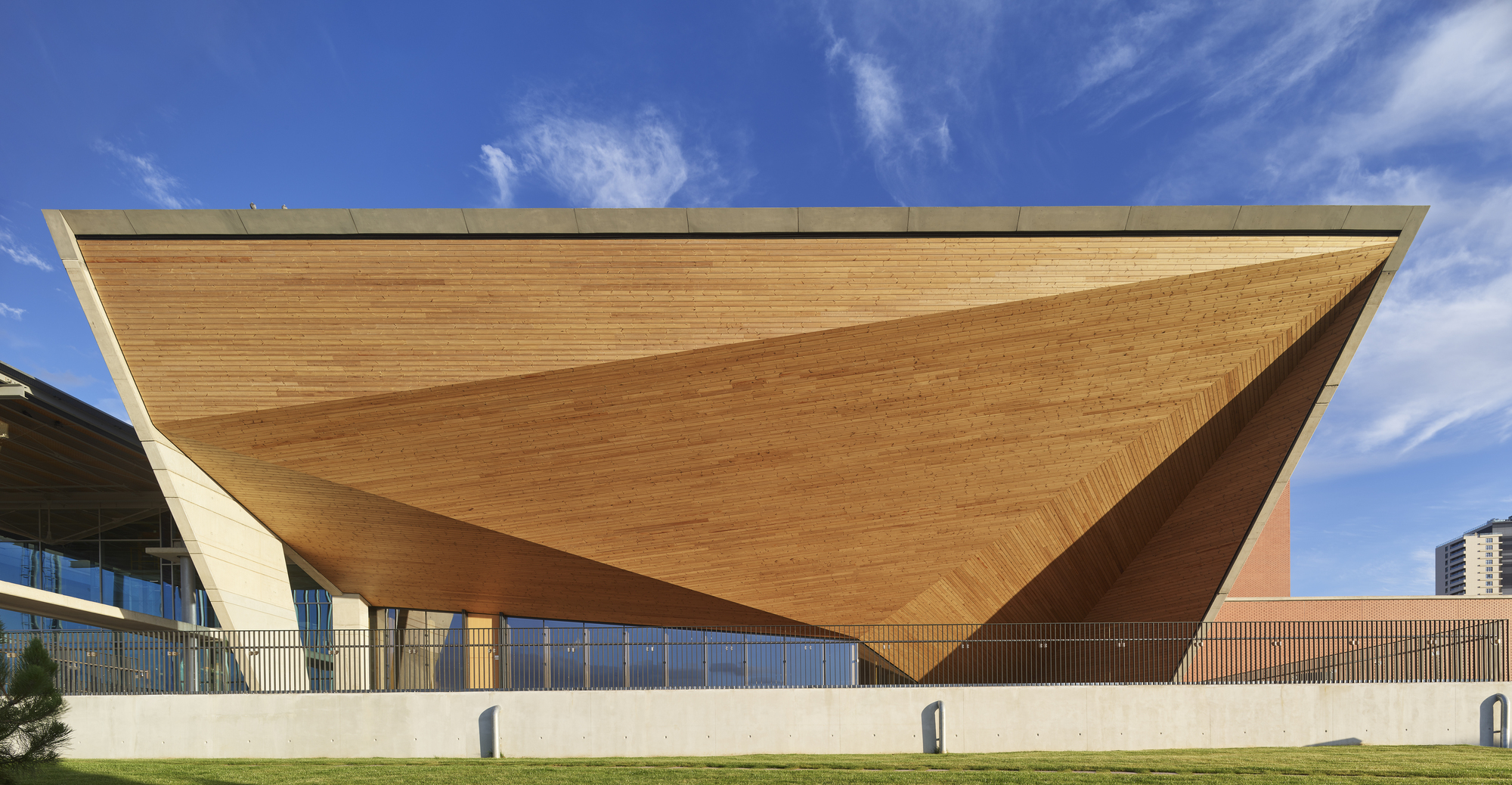 Text description provided by the architects. The project, which won the architectural design competition for the Ted Ankara College campus with a capacity of 6,000 students in 1998, was implemented in 2005 and educational activities started. Conceptualized and designed by Semra Uygur and Ã–zcan Uygur, this campus is a city simulation made by adopting the principle that education must create its own urban life even if it is in an area far from the city.

Due to this design principle, TED Ankara College campus operates like a real city with daily circulation routes designed taking into account the diversity of common indoor and outdoor areas, functional layout, meeting of various users and requirements that emerged from the process. The campus in question needed a versatile performing arts center with a capacity of 1,500 people, and eventually the designers embraced the need to dissolve it into the unassuming campus layout.

The Performing Arts Center, which it was decided to articulate with Sports-Art Street in the current plan of the campus, was placed in the southwest direction at the end of Sports-Art Street, considering that it promises a use where social relations are perhaps the most publicized.

The uniqueness of the building is imperceptible when moving in the interior street and care is taken to give the feeling that it was attached to itself to the traffic lane on the campus. The building, which rises taking into account the image of an eye turned outwards and an embrace inviting entry, was articulated to the existing street as if it had always been there; the street turned into a foyer and opened up to geography with a transparent finish. Although the Performing Arts Center is designed as a continuation of the overall makeup of the campus building, it opens up to geography as the end of the campus in a low-key yet iconic way. It is both the eye and the embrace.

The spatial play of combining orthogonal and Euclidean geometry used in the architectural language of the campus continued in this building, but it is personalized. The large volume requirement, which is the result of the dense capacity of 1,500 people, has been refined by transforming a rectangular prism into a sculptural form.

The side faÃ§ades of the hall are made up of triangulation at different angles, and the movements of light on the wooden faÃ§ade surfaces play out shadows and light on the exterior. This image of eye and embrace, obtained by sculpture, is felt not only in the distant view, but also in the room, and the viewer’s relationship with geography is kept dynamic. For this reason, the hall becomes transparent on both sides and opens to the outside. The terrace at the end of Sports-Art Street, where the images of the eye and hugs emerge, can also be used as an open fire pit and can be used for versatile sunset events with its southwest position.

The design of the building acquired identity by recreating the experience of the viewer under a roof rather than the experience of the viewer in an enclosed space, and the need to maintain its relationship with the existing topography in a poetic manner was adopted as a principle. The hall, which mimics the ancient Greek theater, the most important performance hall, finds its own elevation by leaning on the slope of the topography and collects the dense capacity by dissolving it into the volume with its fan shape. In addition to the use at dense capacity, it can be divided for such uses as theatrical performances, converted into a smaller hall with curtains, acquiring a versatile character.

Gene Simmons of Kiss talks about creating art like no one is watching and making $ 150,000 on 1 board [Exclusive]