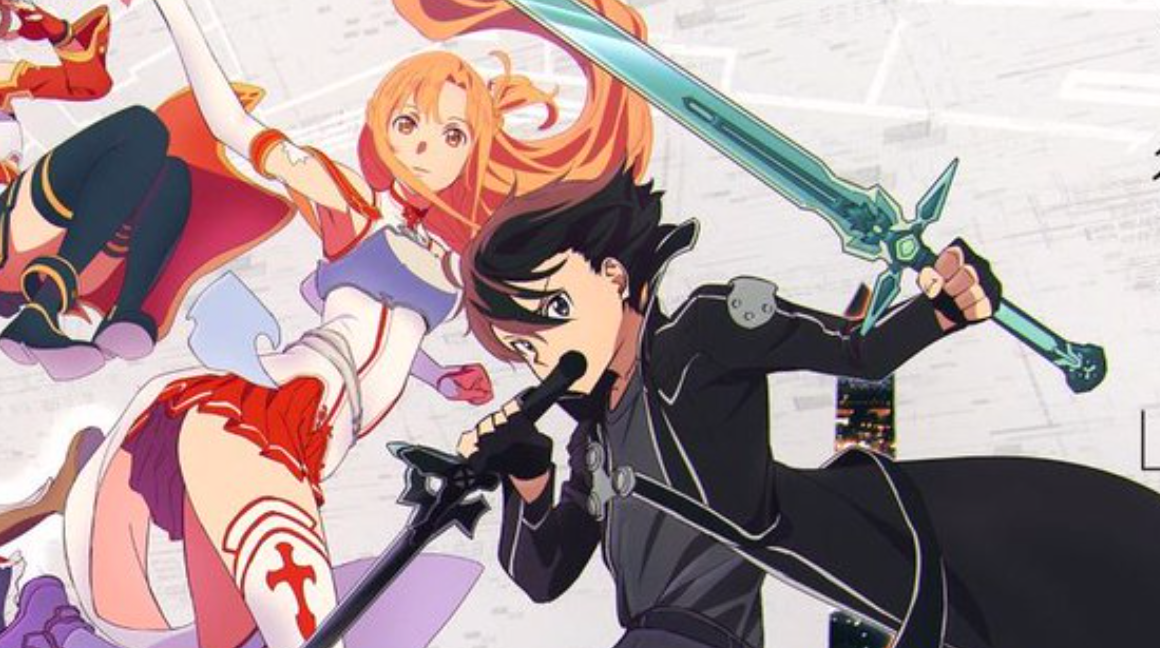 Sword Art Online is one of anime’s biggest franchises, and the IP helped take the isekai genre to new heights when it debuted. It may be hard to believe, but this year marks the tenth anniversary of the series. That means Kirito and Asuna have a lot to celebrate, so the studio behind Sword Art Online just dropped a cute poster promoting the release.

As you can see below, the colorful poster showcases our anime heroes. From Sinon to Eugeo and Leafa, the whole gang is here with Kirito as he leads the pack. Of course, he’s joined by Asuna on the left, and the gang are armed to the teeth as they prepare for a new adventure.

Sure, Sword Art Online planned its big anniversary carefully, so the franchise has several things on the horizon worth celebrating. The IP will host a special anniversary event this fall with several anime stars, and that’s not all. When September comes, the anime’s latest movie will be released in Japan, so Sword Art Online Progressive: Scherzo of Dark Twilight is on everyone’s mind. The film will act as a sequel to the anime’s last film in October 2021 which covers the first part of the “progressive” light novels.

For those who don’t know Sword Art Online, the anime debuted in July 2012, and its original series was met with overwhelming praise. The title isekai leaned into the growing world of virtual reality to create a compelling fantasy tale. After all, the series follows Kirito as he finds himself trapped in a video game with thousands of others where an in-game death would mean their end in real life. After meeting Asuna and a few other allies, Kirito must use his skill to free everyone from Aincrad, but his first foray into virtual reality sets off a chain of events that no one saw coming.

If you want to know more about Sword Art Online, you can check out its current seasons on Crunchyroll. The official synopsis for the series can be read below for those who want to know more:

“In 2022, players rejoice as Sword Art Online – a VRMMORPG (Virtual Reality Massively Multiplayer Online Role Playing Game) like no other – makes its debut, allowing players to fully experience the ultimate gaming technology: NerveGear, a system that allows users to fully immerse themselves in a fully realistic gaming experience.But when the game goes live, players’ elation quickly turns to horror when they discover that despite all of its amazing features, SAO lacks one of the most basic features of any MMORPG – a logout button.Now trapped in the virtual world of Aincrad, their bodies held captive by NerveGear in the real world, users are given a chilling ultimatum: conquer the hundred floors of Aincrad to regain your freedom. But in the warped world of SAO, “game over” means certain death – both virtual and real…”

Follow you Sword Art Online after all these years? Which anime season is your favorite? Share your thoughts with us in the comments section below or hit me up on Twitter @MeganPetersCB.