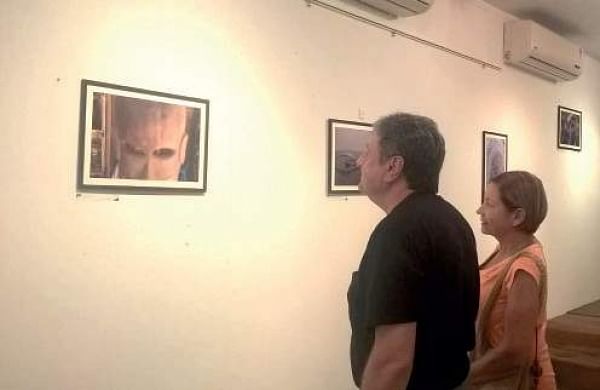 State of the art and criticism – The New Indian Express

One of the most important ideas that reshaped the concept of art in its post-modern manifestations was the refutation of the artist celebrated as a prophet. The artist-prophet was placed at the center of a certain type of worship practice that reigned in modern twentieth-century art. It was by exploiting this cult practice that the art market had proliferated and legitimized its expressions. However, the idea of ​​uprooting the artist from his prophetic world did not have a lasting effect. On the contrary, postmodern art has reaffirmed the importance of the artist and elevated his position as a prophet to God. And what is called the art world today mainly operates around the pious stature of the artist. The gallerist, curator, dealer, critic, art writer and media, with their enormous manipulative talent, have continually committed themselves to fabricating and exploiting the image of the artist as an extraordinary genius for individual professional needs.

Neck to neck with these professional elites of the art world, a writer or an art critic fails to take a different path from his and forgets his professional ethics. He forgets the basic idea that the critic must first position himself with the public. Under the pretext of writing for the general public, he ended up writing to nurture the interests of the artist, art dealer and gallery owner. In short, he writes for the art market. The market needs the written words of the writer to make a work invaluable or valuable. This fundamental requirement of art writing does not motivate the writer to evaluate the work from an ethical or aesthetic point of view. Rather, he is carried away by the idea that a given work must be interpreted in favor of the rules of the game. In such a condition, criticism as a structure of thought – which includes explanation, analysis, interpretations and critical judgment – no longer exists.

Without following academic rigor and theoretical concepts of any kind, literal art criticism has now migrated into the comfortable niche of art writing. Its visibility is felt everywhere in the form of appraisals, reports, catalog texts, monographs, studies, reviews, etc. In such forms and contexts, art writing does not seem to require any sort of historical, aesthetic or critical awareness which constitutes the heightened sensitivity of the writer to view a work of art from a certain position. Rhetoric and verbosity with a weak attempt to historically contextualize the work form the main tone and tenor of art writing. Failing to communicate a visual or conceptual aspect in convincing terms, artistic writing leaves the reader in a difficult position more often than not.

There is an unprecedented wave of works of art proliferating globally in a number of expressive mediums legitimized in the art world. However, the art world is in fact the sum total of a tightly interwoven operation of artistic practice, production, exhibition and market forces. Within this network of operations, art is hardly considered to be what it once was. Social instability, alienation, personal troubles or anomie escape the concerns of the thematic sphere of art today. The surface of the work literally falls flat and shallow, being devoid of meaningful images. Fredric Jameson therefore said in reference to the work of Andy Warhol (Diamond Dust Shoes): “Now a kind of superficiality in the most literal sense of the term. [is] perhaps the most formal feature of painting today – a weird and decorative exhilaration, the sparkle of gold dust, the glittery golden sand that seals the surface of the painting and yet continues to sparkle us . This lack of depth corresponds to a zone of free play without a goal with materials and symbols. Yet works of art circulate in the global market. As Julian Stallabrass says, “You can have a German collector buying, through a British dealer, the work of a Chinese artist residing in the United States. This international trade essentially serves not the object of art but monetary benefits “including investment, tax evasion and money laundering”.

Despite all these facts, we are still faced with an influx of art writings that tend to work to theorize, interpret and legitimize the work produced by market forces. Like the meaningless image and symbol in works, art writing has also become shallow to sound verbiage. It is at this time of crisis that art criticism with academic rigor and intellectual honesty should resurface to resume its true function. But running counter to our expectations, art writing, as noted above, is rampant. Although its visibility is felt everywhere, the most striking paradox is that the writing of art is hardly read but only “seen”. Anyone who takes art and its theoretical studies seriously hardly reads art writing; sometimes we flip through the pages looking here and there while waiting for a bus, a train or a flight. No one wants to keep artistic writings appearing in large books for future reference. As James Elkins says, “There just isn’t enough meat to make a meal; some are fluffy, others conventional or coagulated with polysyllabic praise. So much so that Elkins makes an interesting observation: “Art criticism is massively produced and massively ignored.

In this sense, art criticism / art writing marks its decline. But this is not strictly true because “its business is booming: it attracts huge numbers of writers and often enjoys high quality color printing and worldwide distribution. In this sense, art criticism is flourishing but… sheltered from contemporary intellectual debates. So it’s dying, but it’s everywhere. He is ignored but everywhere he has the market behind him ”(Elkins). Most of the renowned Indian art critics are also part of this system. This is the most confusing reality we face in Indian art today, as we have no criteria to differentiate right from wrong.

The TTU School of Music announces the appointment of guest maestros

Portraits from yesterday and today celebrate Springfield’s history and future