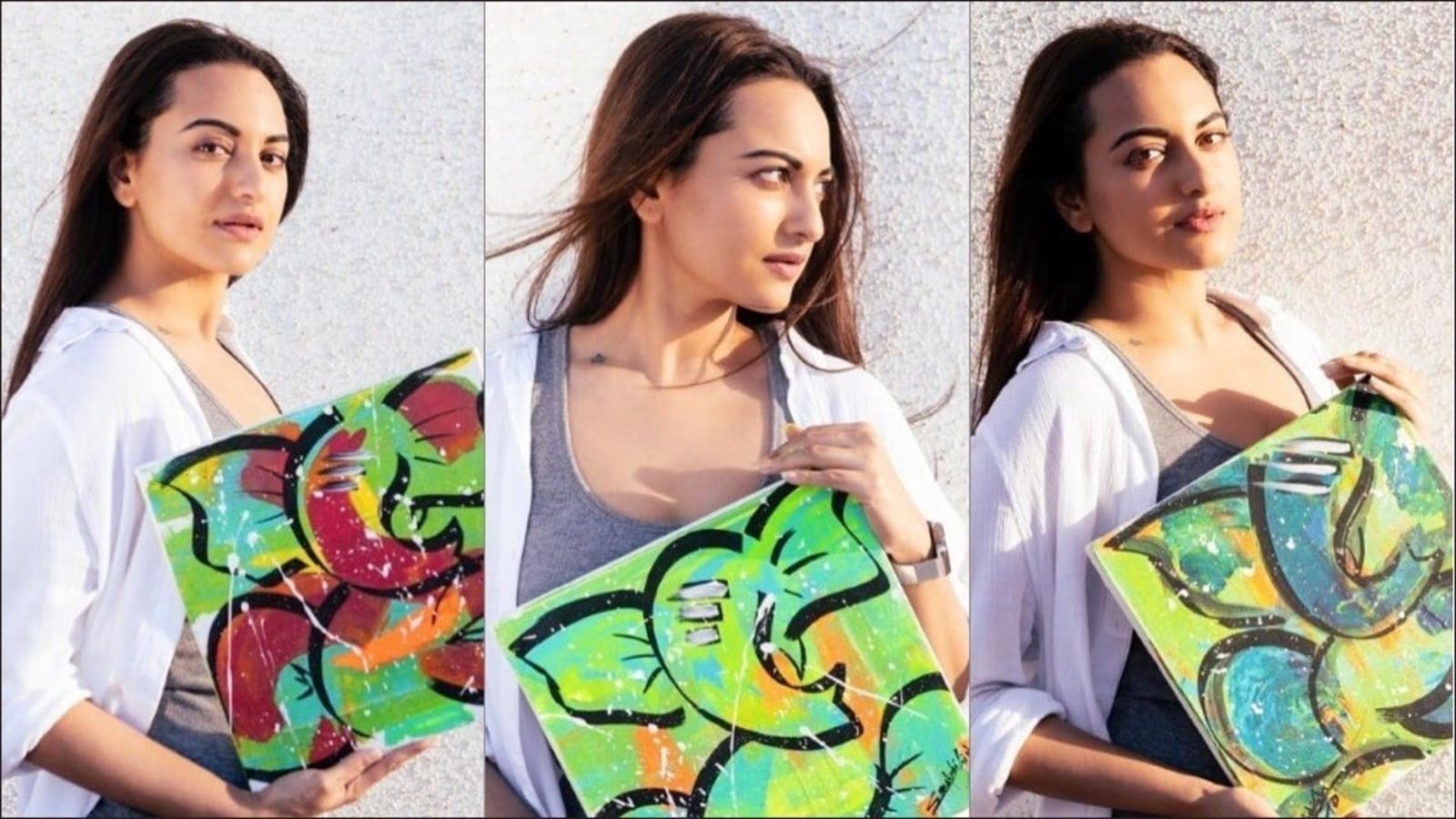 Often seen giving fans a glimpse of her artistic side, Sonakshi Sinha has now given wings to her hobby with House of Creativity where she, along with brothers Luv Sinha and Kush Sinha, not only showcases her works, but also gives space for local talent. After launching the art-based online platform on her parents’ birthday this month, Sonakshi gave fans a preview of her “acrylic on canvas” as she displayed her three contemporary paintings by Ganesha in an expressionist triptych art form.

Triptych is a work of art made up of three pieces or panels where a single work of art is divided into three or three pieces combine to form a cohesive piece. Having its origins in the Greek “triptykhos”, triptych simply means “three-layered”.

It shows different elements of the same subject and adds a new dimension to visual art. Triptych illustrations can also convey a narrative by creating a sequence.

Sonkashi Sinha’s House of Creativity not only features a triptych style, but ‘is also home to multiple art forms, housing everything from nature-inspired pieces that bring you back to the essentials, to photographs that capture and immortalize fleeting moments â€. His acrylic painting Ibhaan, Vikat, Anav originally costs â‚¹350,000 on the House of Creativity website.

As a self-taught artist, Sonakshi’s artistic vision retains an element of mystery and dynamism. After starting her stint with sketching, Sonakshi’s interest gradually blossomed in abstract paintings with her fascination turned more towards figures, faces and in particular eyes as she considers them to be windows to the soul. .