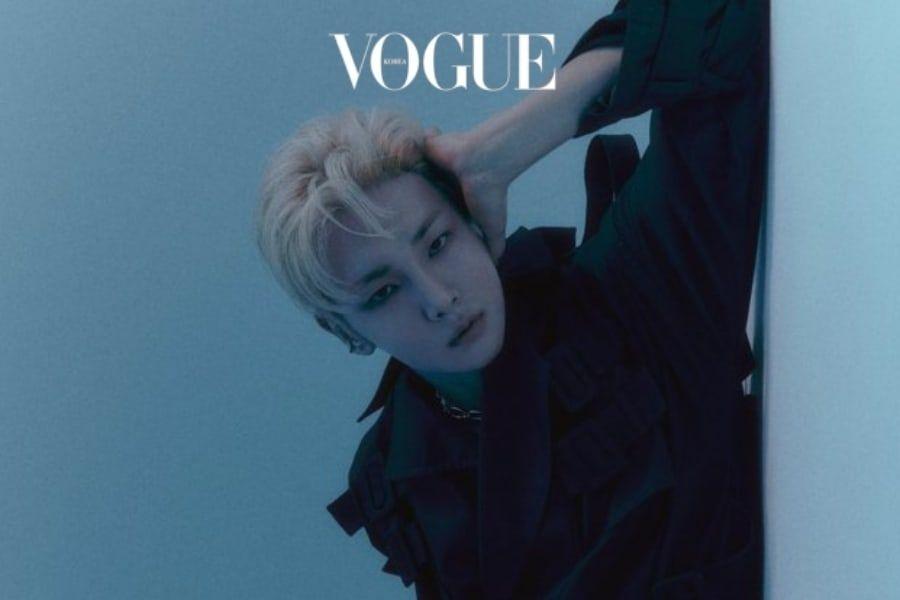 SHINee’s Key Talks on finding inspiration for the next solo album, the importance of living true to yourself, and more.

In the interview, Key explained what the keyword “retro space” means to him. “Before retro became a mega trend, it was a theme that was already integrated into me,” he explained. “I have always aspired to this culture and wanted to try it my way someday.”

The retro trend is something Key is infusing in his upcoming solo album “BAD LOVE”, which will be released on September 27th. Mentioning how he drew inspiration from the sci-fi genre, Key revealed that he researched old toys, designs made by legendary rock. groups and posters of classic foreign films in order to set up the concept of his album.

As to how the album design was determined, Key said, â€œFor my previous album, I took into account the votes of experts in the field and other staff. However, for ‘BAD LOVE’ since I had already suggested the keyword ‘retro space’, I wanted to include my own entry more than before. My standard for choosing the album design came from the thought that a CD is some kind of keepsake. You want to collect it, and you feel good when you get it. Rather than something you can buy anytime, I wanted an album that had a strong seasonal vibe. “

When he struggled to find a word to describe what he wanted his album to be, the interviewer suggested â€œworks of artâ€. Key agreed, adding, â€œIt’s true. People who buy art books may do so because they love them, but they also take great pleasure in owning them. I want my album to be like this.

Key pointed out that while this is his own solo album, the style shouldn’t be completely his. â€œI have considered a lot of different points of view,â€ he said. â€œHowever, this time around I thought I would regret it if I didn’t do what I wanted. Recently I’ve been on a lot of variety shows and haven’t done much musically. I want to let people know that I am powerful and that I have a strong conceptual side. As if I were the “essential key”.

Key also revealed that he cried on the set of the “BAD LOVE” music video. He explained: â€œThis album must have been really intense. There were budget and time issues, the clip’s synopsis got knocked down, I had disagreements with peopleâ€¦ there was a lot of drama. The moment when the filming ended seemed a little complicated to me.

Describing himself as someone who prefers to stay busy, he attributes this personality trait to his experience of living a life determined by others. “I can make much better decisions because I know a lot more now than when I was 18, and I also have the courage to say ‘no’,” he explained. â€œIt’s a self-marketing era where it’s good to reveal more of myself. There are still a lot of things that I don’t know. A few months ago when I was promoting “Don’t Call Me” I was shocked to hear the comment “Key must love to sing and dance”.

Key thought the reason for the comment must have been due to his constant appearance on variety shows and his recent military service. â€œThe idea I was singing had to be new to the audience. Thanks to these words, I once again realized what I am in the present moment.

He stressed the importance of consistently raising awareness on various social media platforms, saying, â€œSince these are times when it’s okay to constantly appear on things, if you take even one little break, it might sound like a long hiatus. I’m not a celebrity making YouTube videos, but I often try to appear on other people’s videos.

The influence of social media isn’t the only thing that has changed since Key became a celebrity. He also mentioned how his personality had changed from about five years ago. â€œI used to go out whenever I had time, whether it was to buy clothes, go to the dermatologist or meet friends,â€ he commented. â€œNow I like to spend time cleaning the house or taking care of my dogs. I call it ‘the joy of loneliness.’ It’s nice when friends come to my house, but after an hour or two I wonder when they’re going to leave, ha ha.

Key then spoke of his interest in environmental issues, commenting, â€œBeing someone who moves a lot, I can’t stop using plastic, but I try to stay away from it. I posted pictures on Instagram when I went to a zero waste store, hoping someone would see it and be influenced by it. I come up with ideas related to the environment, but I’m not perfect either so I’m careful.

The interviewer concluded by asking Key if he had ever heard the following comment: “Of all the people around me, you seem the happiest.” Key responded with a laugh, “I’ve never heard that, but people tell me they’re jealous of how I can make it clear what I like and what I don’t like.”

How does this article make you feel?