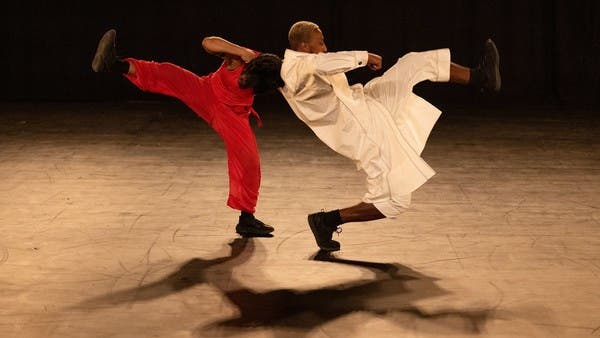 Following the establishment of its new performance department, the Sharjah Art Foundation has announced its inaugural performance program – comprising five performative works by regional and international artists set in open spaces, public places, heritage houses and theaters in the emirate from 4 November. 2022 to January 8, 2023.

For the latest headlines, follow our Google News channel online or through the app.

As contemporary art increasingly blurs the boundaries between disciplines, performance artists have brought together theatre, music, contemporary dance and installation in their practice. During Perform Sharjah, regional and international artists will engage audiences in their explorations of the rhythm of the city through their individual perspectives on its living urban fabric as well as its architectural and cultural heritage.

Perform Sharjah is deeply rooted in the emirate’s diverse communities, with programs that engage closely with the city and its people.

With Perform Sharjah paving the way for future performance programs, the Foundation will commission artists to create performance and site-specific works in various locations around the city, which will be presented to the public over the next few years.

Additionally, Perform Sharjah will provide participants from the UAE and the Gulf region with a wide range of learning opportunities in the field of theater and performance through workshops, lectures and educational programs conducted by artists and created with local partners including the Sharjah Theater Department and Sharjah Performing Arts. Academy.

Here are the five performances with dates and locations for the inaugural season:

The program opens with the Arabic iteration of “Every Brilliant Thing”, adapted and directed by Ahmed El Attar. The play will feature Nanda Mohamed, sitting alone on an empty stage with only minimal decor, props and music. She has the difficult task of balancing the script with the energies of the audience who are invited to participate and even improvise during the show.

Behind the parking lot of Al Rolla Square, one of the most vital and distinctive areas of the city, Joe Namy will present the ninth version of his sound performance “Automobile”.

Namy works with owners of cars equipped with exceptionally powerful bespoke audio systems that are typically used to play music at desert rallies.

He brings this practice to the center of the city, connecting the loudspeakers to create a huge stereo system, simultaneously playing field recordings collected and composed by the artist.

The award-winning theater group Rimini Protokoll will recreate a version of “Remote X”. The performance, a kind of experimental mobile research laboratory, was shown in many cities around the world. For each new edition, a unique dramatic structure is developed, based on the urban fabric of the host site.

The Sharjah iteration, titled “Remote Sharjah”, will kick off at the Sharjah Art Foundation spaces in Al Mureijah Square, where a computer-generated voice will guide participants as they navigate a sequence of carefully selected indoor and outdoor venues. . Everyone will see the places come to life, as if immersed in an imaginary film set.

This interactive performance will take place in English, Arabic, Urdu and Malayalam.

After All Springville: Disasters and Amusement Parks

The program resumes in December with “After All Springville: Disasters and Amusement Parks” by Miet Warlop, which mixes theater and visual arts with captivating performance works.

During the performance, viewers will witness fantastic characters with hybrid bodies (half-human, half-object) who are engaged in unpredictable, yet eerily familiar actions.

The season ends with Bruno Beltrão’s performance “New Creation”. Recognized internationally as an innovator of the hip hop scene, Beltrão pays close attention to the political realities of his native Brazil in order to translate them into extreme impulses of bodily energy, with an analytical understanding of music and space.

With his company Grupo de Rua, Beltrão deconstructs hip hop and explores the vocabulary of street dance and contemporary dance.

A grant from the Foundation will reorganize the NTO gallery