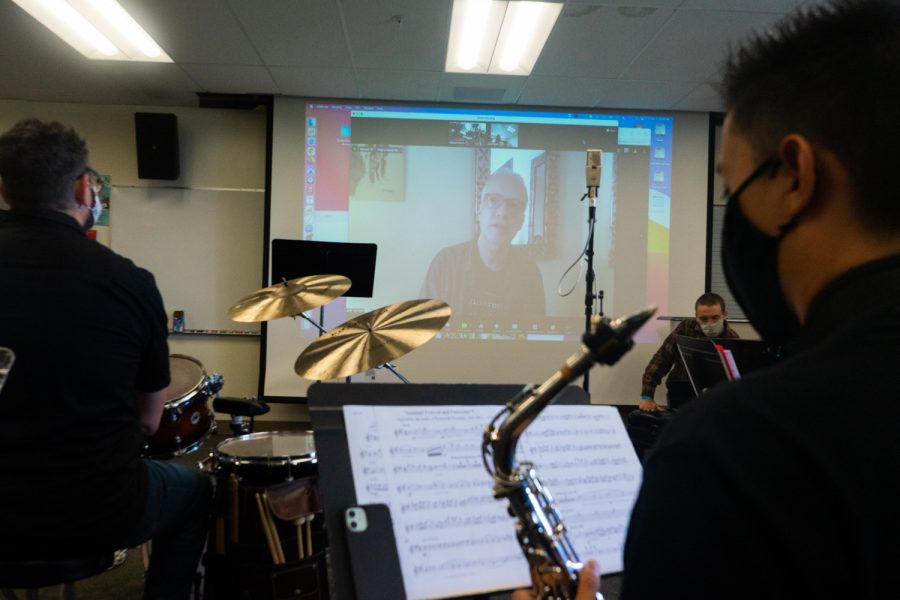 Nash, of the Lincoln Center Jazz Orchestra and one of the world’s greatest woodwind players, is in a program with students from the Santa Barbara Museum of Art and City College. The program is part of a six-week workshop he gives with music majors. This is a unique opportunity for students to work closely with a winner of multiple Grammy.

“We work with Ted Nash who is the main woodwind instrumentalist of the Lincoln Center Jazz OrchestraSaid Jim Mooy, conductor of the City College Symphony Orchestra and conductor of the Lunch Break Jazz Ensemble.

The students were tasked with composing jazz songs, each inspired by different works of art.

Nine years ago, Nash wrote a Grammy nominated play titled “Portrait in Seven Shades. “The composition was inspired by famous paintings by artists featuring Marc Chagall, Salvador Dalí, Henri Matisse, Pablo Picasso, Jackson Pollock, Vincent van Gogh and Claude Monet. Its suite consists of seven movements, each inspired by the acclaimed artists, he described his impressions of each work of art and performed the corresponding musical composition it inspired.

Nash uses the same process to guide the students, going to the Santa Barbara Art Museum and being inspired by the pieces there. Using this creative process, students reflect on the artist’s creative process to create their art while attempting to interpret it in rich compositions.

Nash worked directly with the students each week, offering feedback and suggestions as the students composed music for the 10-piece jazz ensemble.

“I am incredibly honored,” group member Jezreel Real said of his collaboration with Nash. “I compose a lot of music and it’s really cool to have my stuff professionally watched.”

The students chose a board to write a piece of music. Over the next five weeks, the students developed their songs and ideas to begin putting on a concert featuring their original music inspired by the visual arts.

“We put everything in place, the SBCC connection with the art museum connection,” Mooy said. “And now our students can participate in this museum co-sponsored event.”

The concert will take place at 2:30 p.m. on Saturday, October 9 on the front terrace of the Santa Barbara Museum of Art. The event will be free with tickets available on the museum site website.

The artist presents two blank canvases to the museum which paid him $ 84,000