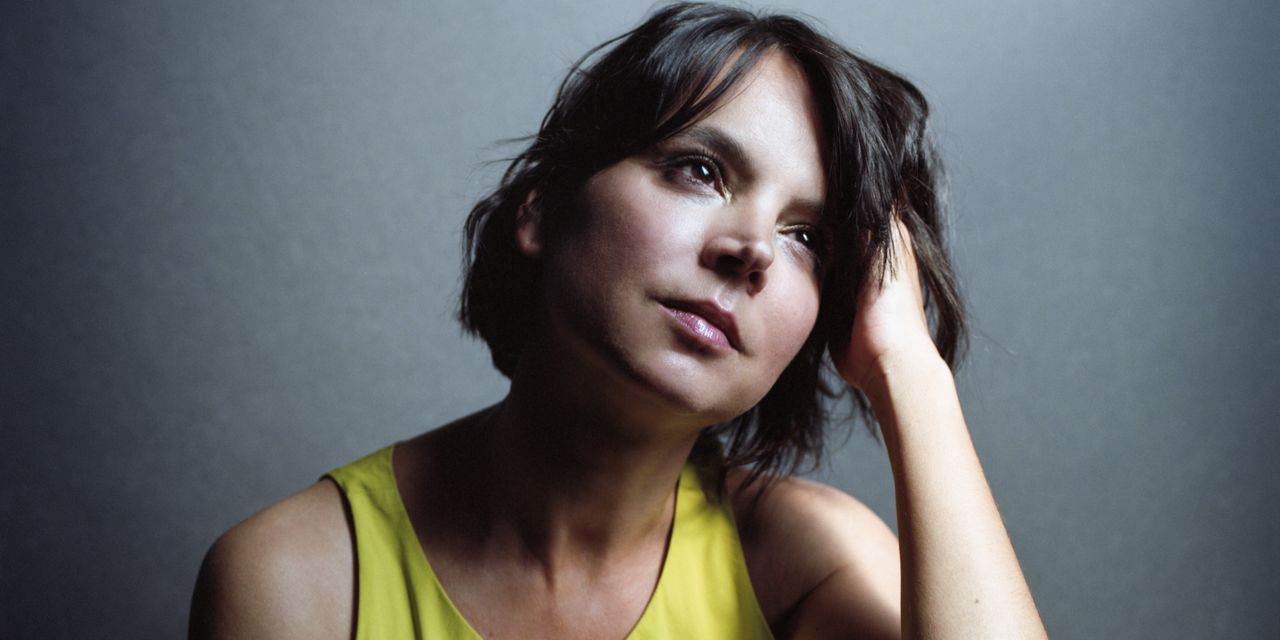 In the foreword to ‘A Stranger’s Pose’ – Nigerian author Emmanuel Iduma’s 2018 travel memoir and poetry blending with meditations on migration and displacement – writer Teju Cole described the book with a musical metaphor: â€œImagine a ballad. . . where the text unfolds like a melody. . . . Imagine such a ballad serving as an atlas of a world without borders. . . . with fellow travelers coming in and out like instrumental vocals, so you don’t know if you’re hearing something improvised or composed, so the distinction between the two becomes irrelevant.

We don’t need to imagine. With her new album “Intimate Strangers” (Biophilia), singer and songwriter Sara Serpa offers such a song. In fact, 13 of them, created in collaboration with Mr. Iduma. Some of these songs take the form of a ballad. All meet Mr. Cole’s description and take the words from Mr. Iduma’s pages. Sometimes Ms. Serpa sings Mr. Iduma’s lyrics in direct tones, unfussy and naturally radiant, her English nuanced by her Portuguese accent. Sometimes she recites them as careful statements. Sometimes she is joined by two other singers, SofÃ­a Rei and Aubrey Johnson, their vocal lines braided in tight harmonies that often result in startling dissonance. Or Mr. Iduma reads his own work in a calm, resonant voice. The music, uncluttered, but rich in superimposed sound details, alternately soft and hard, draws rhythms from the phrasing of the sentences and the moods of Mr. Iduma from his ideas, conveyed by journalistic observations and poetic allusions.

“Intimate Strangers” premiered at the National Sawdust in Brooklyn, NY in November 2018 as a multimedia piece combining music by Ms. Serpa, narration by Mr. Iduma, and photographs from the author’s book. For this new recording, Ms. Serpa combined pieces recorded in New York with her fellow vocalists, with pianist Matt Mitchell and Qasim Naqvi on modular synthesizer. Mr. Iduma’s lyric pieces were recorded in Lagos, Nigeria.

Ms. Serpa first discovered Mr. Iduma’s work while researching her own family history for â€œRecognitionâ€, a project on Portuguese colonialism in Africa for which she drew on Super 8 footage shot by his grandfather, a Portuguese settler who had moved to Angola. (Ms. Serpa was born in Portugal and moved to the United States in 2005.) On the 2020 album, accompanied by saxophone, piano and harp, she tackled through mostly silent voices a colonial history left largely under silence during his childhood.

â€œIntimate Strangersâ€ deepens Ms. Serpa’s search for ways to communicate complicated ideas about identity and iniquity, displacement and desire, through conceptual works that research their own languages â€‹â€‹and musical forms. The story here is that of Mr. Iduma, so Ms. Serpa leans on her words. Each piece becomes a journey – things happen, sometimes in unexpected ways – via his tales of travels across the African continent, but also in the unfolding of the music.

“First Song” opens the album with street sounds – car horns, muffled conversations, reggae from a distant radio – recorded by Mr. Iduma on a trip. Soon the voices trace simple patterns, circling and landing in startling moments of three-part harmony, underscored by the percussive sounds resulting from Mr. Mitchell stepping inside his piano to manipulate its strings. . Bolder and weirder synth sounds begin to fill the silences. Here, Ms. Serpa puts Mr. Iduma’s words on a melody that takes on an unusual and angular shape but sounds pleasant. She stumbles upon a phrase: “The only thing a man needs / is a suitcase and a soul.”

Mr. Iduma’s book focuses on dualities. Bodies of water are pathways to new lives and burial grounds. Border crossings are either open doors or dead ends prohibiting (depending on the paperwork). Language itself is “an intermediary straddling the known and the unknowable”. Ms. Serpa’s carefully arranged music explores sonic dualities: spoken and sung; acoustics and electronics; marked and improvised; sound and silence. Like the texts of Mr. Iduma, his music mesmerizes, comforting and confronting his audience at the same time. The well-crafted vocal score is both complemented and complicated by the fluid improvisations of Mr. Mitchell and the sounds that bubble or seep from Mr. Naqvi’s modular synthesizer to suggest both the exotic and the familiar.

On the last track, “For You I Must Become a Tree”, Ms. Serpa’s voice seems fragile, almost broken, while reconciling the loneliness and disorientation of moving home. The words she sings â€” Mr. Iduma’s words are resolved: â€œI must become a tree. Every tree is the opposite of wandering. Ms. Serpa’s work draws on the legacy of many experimental artists on more than one continent. Here, as if rooted in Mr. Iduma’s experiences, it branches out and blooms again.

-Sir. Blumenfeld writes on jazz and Afro-Latin music for the Journal.