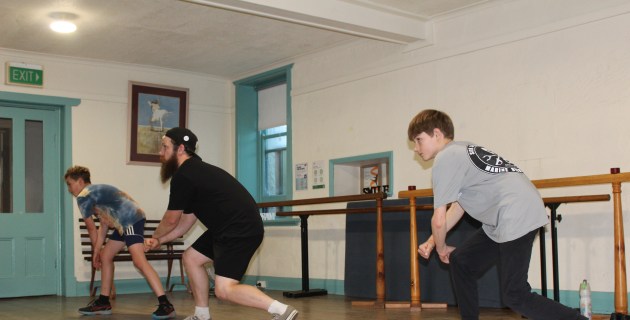 Port Elliot is on the south coast of Australia.

When Thomas James was 15, his mother gave him an ultimatum. Either he resumes the dance correctly, or he has to stop. Her love of dancing won out. Thirteen years later, he is now one of the main teachers in his mother’s performing arts studio.

Fortuna House of Performing Arts is based in Port Elliot, a seaside town of around 2,500 people about 80km from Adelaide on the south coast of the Fleurieu Peninsula, close to the better known Victor Harbour. On weekends, the longest queue in town is for the local bakery.

James’ mother is Tanya Curtis, who 20 years ago dreamed of creating a dance school by the sea. That dream became Fortuna, named after the gallery in Middleton where she first moved. . From there she moved to Port Elliot. The school is now based in a picturesque historic stone building, the first to be built in the town, called Arnella. It used to be a pub.

“The dance studio is actually in the old dining room and we live upstairs,” James explains. “So we’re just going down and we’re at work.”

Fortuna has expanded to now have branches in Mount Compass and Normanville (on the other side of the peninsula). James is one of four teachers supervising around 120 students, offering exams in the bbodance and ATOD programs. James graduated in Teaching Classical Ballet from bbodance in 2011. Recently the school joined with RTO Empowerdance to offer Accredited Certificates 1, 2 and 3 in Dance and James is completing his Training and Assessment Certification . “We decided to do this because if a local student wants to do a dance certificate they have to go to Adelaide. This way they can study in the area.

Fortuna is open Monday through Friday with classes for children and adults. Students participate in eisteddfods and school performances. The school also takes part in the annual Can Dance for a Cure fundraising concert for cancer research at the Adelaide Entertainment Centre. As well as teaching, James is the lead choreographer, conjuring up ideas out of his head.

In addition to his studies, teaching and choreography, he runs a mobile coffee van on the weekends!

What does he like most about teaching dance? “To see students being able to do things they weren’t able to do before,” he replies. “Or seeing them progress and the confidence they gain from it. That’s what I like.

Have you nominated a regional school or teacher for the 2022 REGIONAL HEROES feature? It’s easy! Go right here.