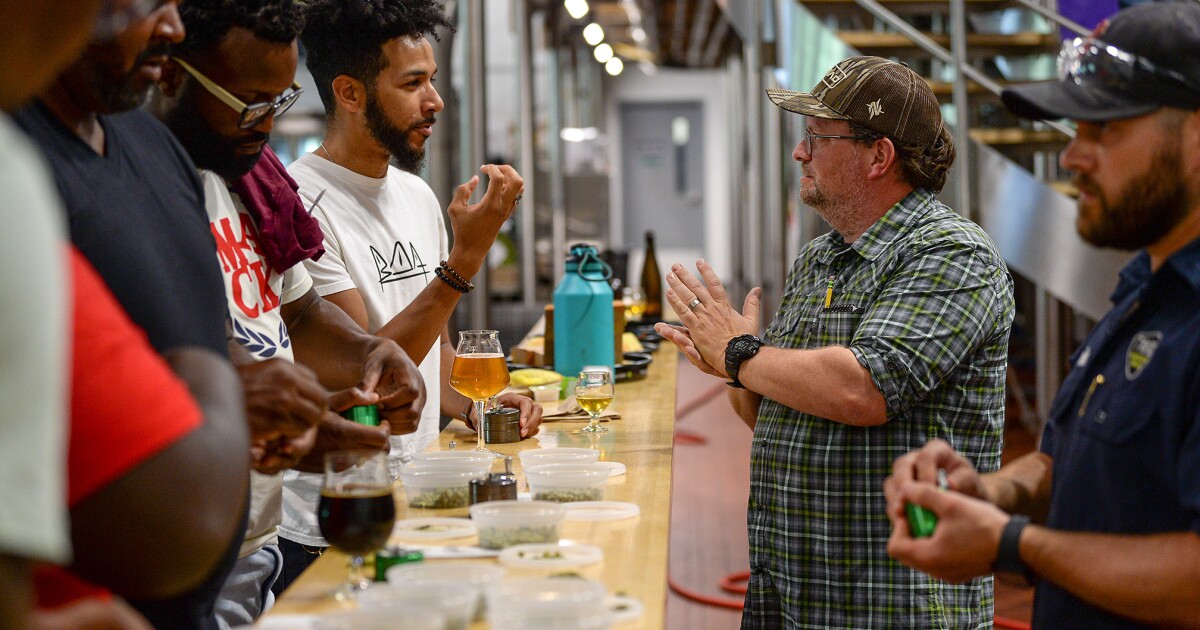 Barrel & Flow launched in 2018 as Fresh Fest, the first national festival for black-owned craft breweries. The goal, in addition to having a good time, was to make brewers and craft beer drinkers feel more like America.

As Barrel & Flow prepares the barrel for its fifth season, there’s evidence it’s having an impact. Take Chicago’s Funkytown Brewery. In 2019, co-founder Richard Bloomfield and his partners had been brewing for two years, but they didn’t officially have a company yet. That year, they attended Fresh Fest and were impressed by the thousands of attendees and dozens of black-owned breweries.

“It was just awesome. The brewers who came, they were very transparent and welcoming and wanted to share and help in any way they could,” Bloomfield said. “It was inspiring because we knew where we were going. … We knew we had a place in the industry when we saw Fresh Fest.

Fresh Fest/Barrel & Flow co-founder Day Bracey said he works year-round to open up space for black brewers. This includes not only managing the festival, but also persuading local distributors and retailers to sell the wares of these brewers.

“We’ve definitely seen tangible changes,” Bracey said. “There is still a lot of work to do, but it is progressing.”

As for Barrel & Flow, it will be a little different this year. For one thing, it’s a six-day affair, with programming from Tuesday, August 9 through Sunday, August 14. (A full schedule is here.) On the other hand, the main event – ​​the big day-long program with live music, live artistic creation and vendors supplementing the tastings – has a new home: the outdoor space of The Stacks at 3 Crossings, in the Strip District.

Funkytown is one of 30 black-owned breweries at the event; others come from the United States and from as far away as London, England and Costa Rica. Plus, Pittsburgh-area breweries and local artists are participating in 55 unique, collaborative beers.

Entertainment features five DJs and seven bands, including local favorites NASH.V.ILL, Chris Allen and Livefromthecity. There is also live artistic creation on two stages, curated by BOOM Concepts. Some 150 vendors will offer everything from food to clothing and visual arts. And Barrel & Flow is continuing art+biz, its arts outreach program that connects black artists, entrepreneurs and nonprofits with the craft beer industry.

Bracey said he is capping paid admission at 4,000 as a precaution against the pandemic, which will give visitors the option to disperse to a venue with a capacity of 6,000. It also requires all vendors, staff, performers and attendees to provide proof of vaccination.