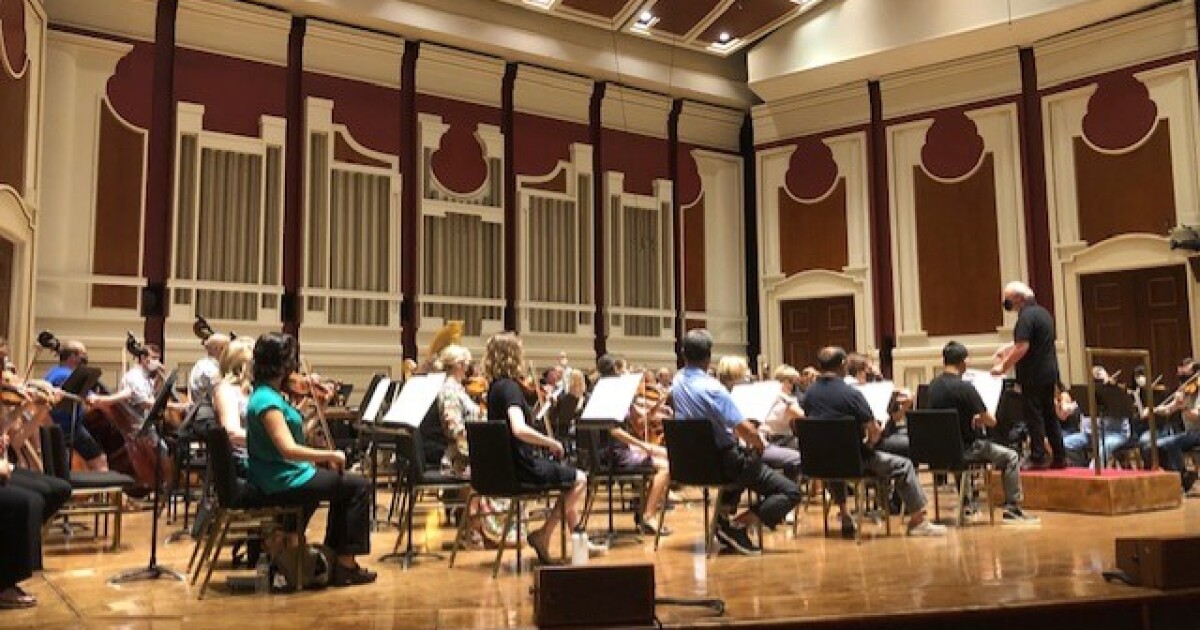 Like any other performing arts group, the Pittsburgh Symphony Orchestra ceased live performances in mid-March 2020. It had been even longer since PSO reunited with Music Director Manfred Honeck at the Heinz Hall.

But just in time for the 50e Heinz Hall’s anniversary – and after 18 months of virtual, outdoor performances – the full 100-piece orchestra finally rehearsed with Honeck on September 14. And on Friday and Sunday, the PSO will play their first public concerts at Heinz Hall since the pandemic began.

“To be able to launch our 50e anniversary at the Heinz Hall for the Performing Arts with this incredible concert is – it’s incredibly moving for us to bring the team together, so to speak, â€said PSO President and CEO Melia Tourangeau, addressing to reporters at that rehearsal on September 14 (which preceded last week’s performance at a private PSO gala at Heinz Hall).

The milestone continues the reopening of Pittsburgh’s indoor art and culture venues, even in the face of increasing COVID-19 cases. Like most of the city’s major arts groups, the PSO requires guests to present proof of vaccination to attend and makes the mask mandatory for all participants.

Tourangeau said the vaccination policy is key to the return of the PSO to Heinz Hall.

“I think people were really wondering what our policies were going to be, and when we put in the need to show proof of vaccination, then I think people felt a lot more comfortable coming back,” he said. she declared.

More information on the PSO’s season opener can be found here.