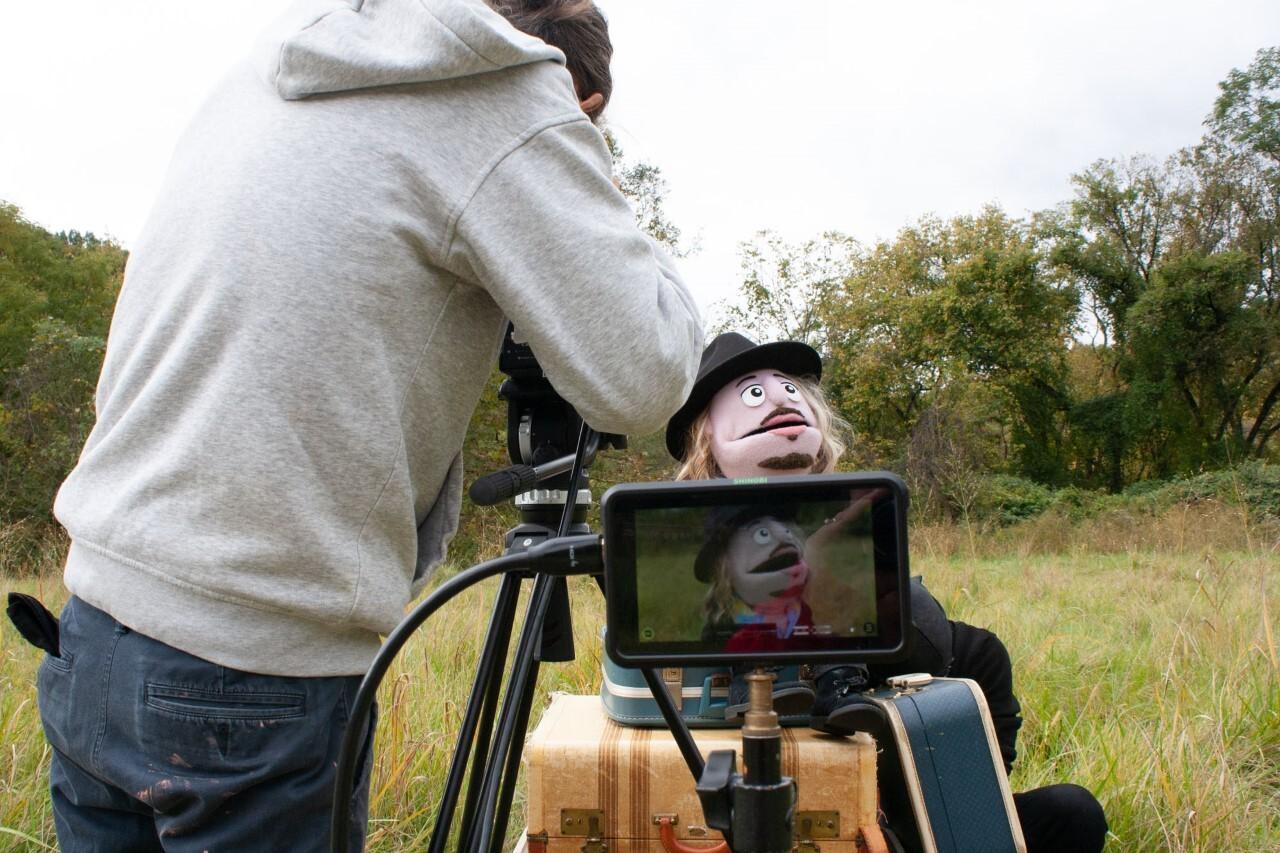 Jamie Wright, singer, acoustic guitarist and harmonica player of the Derek Woods Band, behind the scenes of the music video for “Don’t Look Away”.

Pursuing personal passions while having a heavy academic workload is a huge challenge for many students. But Natalie Belin, a non-traditional undergraduate student at Pitt, has found a good balance between school and off-campus arts pursuits like photography.

“My degree is humanities-based, and it’s art-based and primarily theater-based. I work in the rehabilitation sciences undergraduate program and serve as an administrator there,” Belin said.

Belin was recently in a music video for “Don’t Look Away” by Derek Woods Group, an American and local rock band from Pittsburgh. Derek Woods first formed the band in Los Angeles, California in 2012. They later established a following in Pittsburgh, where the core musicians are located. The group has won several awards since its inception, including Best American/Folk Song of the Hollywood Music Media Awards 2020.

Belin said the opportunity to star as one of the music video’s cameos was a “happy accident”.

“This one happened by accident, a bit. Because I was doing some behind-the-scenes pictures, and he asked me if I wanted to make an appearance in the video, and I was like, ‘Absolutely!'” Bellin said.

The music video for “Don’t Look Away” tells the story of a tour in Pittsburgh. The video features city scenes in a casual storytelling style.

According to Woods, the band’s lead vocalist, acoustic guitarist and harmonica player, the clip generates a rapturous atmosphere for various people to enjoy.

The band’s bassist Chris Schaney said the video and song brought positive emotions to the audience.

“[Audiences] told me that [the song] really made them smile and made their day. It’s just a great way to start a day,” Schaney said. “I like to watch [the video] in the morning, which is really fun. It’s just fun all the way. It makes you laugh and it makes you feel good. »

Joe Scheller, the band’s saxophonist, also said “Don’t Look Away” is a fun song to listen to.

“There is a very beautiful energy behind it all. It’s just very upbeat, lighthearted, and there’s a lot of good vibes coming out of it,” Scheller said.

Besides the cameo, Belin also contributed a lot of behind-the-scenes work for the music video, including preparing clothes for a puppet in the video and adjusting scenes for photography.

“I’m with the puppet scenes. I helped fix things if I needed to, like making adjustments to the puppet’s clothes or body parts [when] I was doing backstage photo shoots and also helping with the lighting with the reflector,” Belin said.

The puppet appeared multiple times throughout the music video, driving, singing, and enjoying the trip around Pittsburgh. According to Woods, the puppet image depicts Woods himself. All of the band members appeared on camera with Belin.

“[The puppet is] supposed to be me. But all the band members make their cameos throughout the video. And I’m also in the video, passing them. We kind of looked at each other, and it’s a cool moment. Woods said.

Belin said she developed professional skills in photography and acting through this experience. She added that she would like to establish a long-term working relationship with the group.

“If the opportunity arises, where I can redo photos and stuff like that, that would be awesome,” Belin said. “The ability to continue working would be great. If I work with the band again, I will also be selling merchandise for the Derek Woods Band.

Austin Studio Tour 2022 Is All Over the Map: Annual ATX Art Celebration Expands to Match the Size of the City