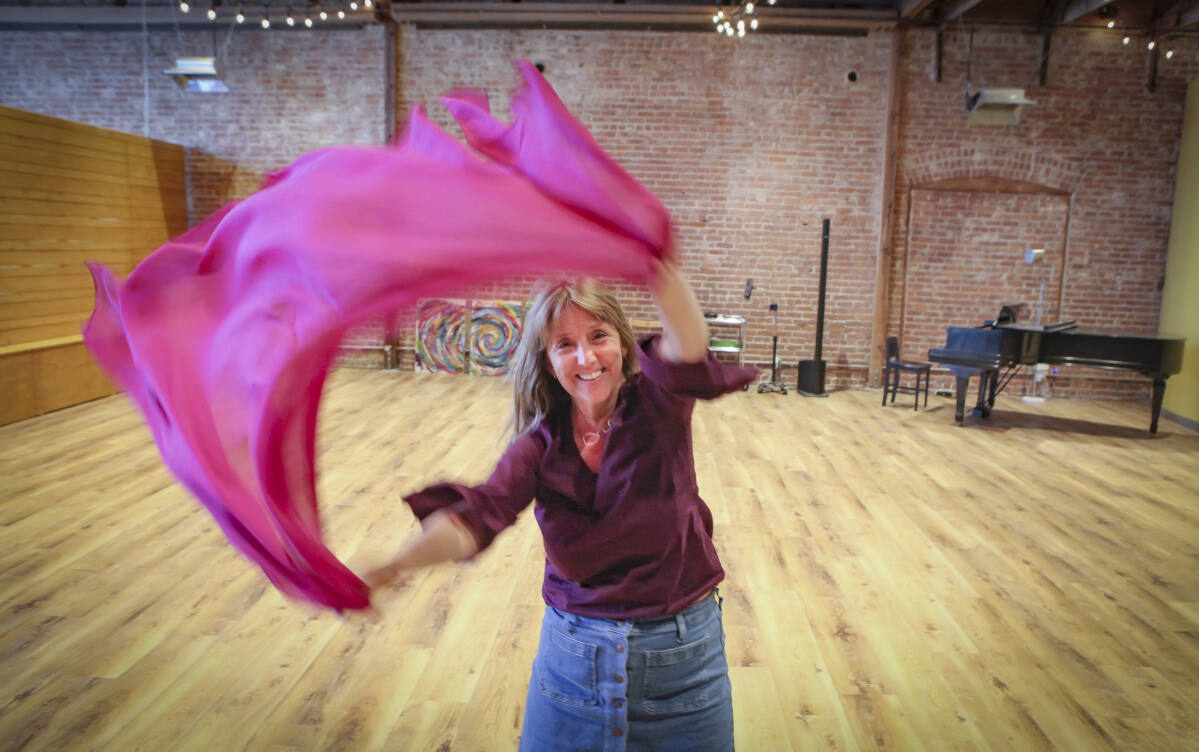 Artaluma, a new multidisciplinary creativity gym and arts center in Petaluma that quietly opened its doors in January, will finally host its official grand opening and open house on Saturday, April 30.

Designed as a downtown destination location where people can experience an artistic learning adventure together, the center will offer arts-focused classes and workshops, as well as fairs, retreats and camps for adults, children and families. The inauguration will be an opportunity for owner Elizabeth McKoy to share her deeply personal vision for the future of Artaluma.

“Families can explore the space and get their hands on what I’m up to,” she said recently, offering a description of what the day will hold for those who pass by.

The opening ceremony will include a happy hour with wine and appetizers, with dancing to live music from bands SoloRio and Burning Bush. McKoy will give a presentation on what Artaluma will offer the community. Mayor Teresa Barrett will be on hand, along with some of the community partners Artaluma will be working with. Due to limited seating, those wishing to attend the ceremony must register in advance.

McKoy, actress, singer, painter and teacher, has served as an arts administrator, theater manager and artistic director. In 2007, she founded the famous Berkeley Playhouse, her home being the historic Julia Morgan Theater. She has demonstrated a dedication to supporting artistic learning of all kinds and building relationships in the process of artistic creation.

Having recently moved with his family to Petaluma, McKoy decided to create Artaluma to encourage personal growth through artistic expression. One of the first offerings was dance classes, which she often leads herself, using simple choreography and clear instructions, through which participants are encouraged to be creative.

One of her goals for Artaluma is to give people who think they’re not creative a chance to learn that they really are.

“A lot of research indicates that adults need play and imagination to have mental health,” McKoy said. “One of the things I’m saying is that it should feel like an adult kindergarten.”

Currently, McKoy teaches most classes, but it won’t be forever. She is looking for like-minded teachers for storytelling, art and dance lessons.

“My goal,” she said, “is to have world dance classes here, like Latin and Afro-Cuban.”

McKoy is particularly interested in cultivating relationships and helping people grow over time, encouraging those who come to visit the center to attend at least twice to get a sense of what’s possible.

“When you do the process of creating art, theater, dance music, and visual art, you enter that phase of flow,” she said. “Then so much is released because you’re not stressed, because you’re not in this anxious place.” She describes what happens at Artaluma as “no art therapy”, although she admits that it is therapeutic.

Most of the activities there are also intentionally cheerful, such as its family dance classes, where entire families dance together.

Eventually, taking place around once a month, Artaluma will host small informal fairs where creatives can share what they love about what they do, perhaps with a demo. McKoy said she would bring in people doing all kinds of creative work to share what brings their own creative process to life. Eventually, she hopes to organize weekend retreats for adults.

In addition to Artaluma’s Great Hall – with a grand piano for hosting dance lessons out front – there’s a space set up for digital storytelling. A large outdoor patio space can also be used for classes. McKoy said if COVID-19 restrictions hit again, she would love to be able to use this flexible outdoor space. She will eventually have a space out front with art supplies and craft pieces for sale. And of course, a growing range of courses and other offerings.

Among the programs McKoy hopes to borrow from his work at the Berkeley Playhouse is an experiment called RIFFS. It’s a show choir for children in grades three through eight, with lots of song, dance, and poetry.

McKoy said, “It’s one of the most successful and beautiful things I’ve ever been involved in.”