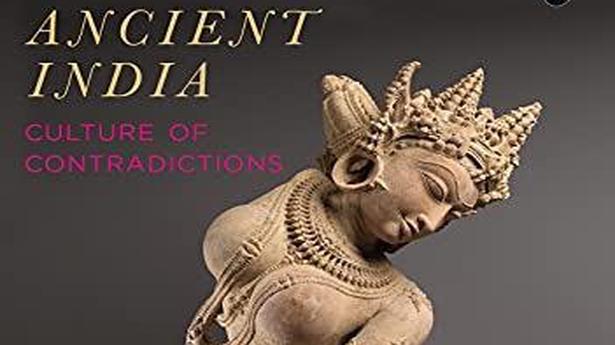 A historian studies ancient India and discovers radical tensions and oppositions, between inequality and salvation, desire and detachment, goddesses and misogyny, violence and non-violence

At a place in his last book Ancient India: culture of contradictions, Upinder Singh invokes “the indulgent lovers in metropolitan cities inviting a reaction from the moral police who maintain that this kind of celebration of love is contrary to Indian culture”. It was these contemporary issues that led Singh to explore, What is Indian Culture? One of the results is to bring to light, in the present work, certain contradictions in ancient India.

Tensions in the past

Singh’s historical accounts of ancient and medieval India examine who we are and how we got here. Singh teaches history at Ashoka University and her main interest as a historian is ancient Indian history and archeology. Among several of his books on different themes of the region,A History of Ancient and Medieval India: From the Stone Age to the 12th Century (2008) has become a classic textbook for Indian history lessons, and its Political violence in ancient India (2017) attempted to respond to the myth created that India had a non-violent culture when building a modern independence movement on the principle of non-violence (ahimsa).

This volume examines the contradictions of ancient Indian civilization, continuing its epistemic belief that the ideas and attitudes of ancient Indian history are still noticeable in India today and, therefore, why it is not only relevant but essential to study ancient India. Singh is not interested in “offering a detailed chronological history of ancient India, or rather of South Asia.” Instead, she chose a few key themes for understanding ancient Indian history, culture and thought, focusing on the coexistence of certain radical tensions and oppositions – between social inequality and salvation, desire and detachment, goddesses and misogyny, violence and non-violence, debates and conflicts.

These tensions, organized into five chapters, are illustrated by an informed understanding of primary and secondary sources, including visual materials. The book’s introduction invites readers to let go of simplistic stereotypes and try to grasp some of the complexities of Indian culture, and the epilogue touches on the current state: in India, according to Singh, â€œit has become fashionable to talk of the ancient Indian tradition of debate. and dissent and portray this as an inherent aspect of Indian culture and civilization. But we must not forget that participation in these was circumscribed by the unequal and hierarchical nature of social structures.

Relying on textual resources, in particular Manusmriti, Mahabharata, Ramayana, Jain and Buddhist texts, vachanas, sangam literature, Kamasutra, Kalidasa Raghuvamsa, Sudraka Mrichhakatika, that of Kautilya Arthashastra, among others, Singh shows tensions, conflicts, complexities, rival philosophies and readings of texts in India. We also come across local traditions such as the Virashaiva or Lingayat sect and the Shramana cultures contributing to the making of counter-cultures in Indian history.

It is impossible to explore all the practices and ideas that have contributed to creating contradictions in the subcontinent, but one is astonished at the absence of references to Sikhism, and also to the works of those who could be its interlocutors in about Hinduism such as Wendy Doniger, SN Balagangadhara and Manu V. Devadevan, whose A prehistory of Hinduism (2016) is missing from the bibliography.

Singh tries to understand the complexity of Indian civilization with the category of “contradiction”. She reads, for example, the Manusmriti as â€œa text that makes pro-women as well as misogynistic statements, and tries to explain the contradiction in terms of the gap between theory and practice; the juxtaposition of different opinions; the context in which the statements are made; and the point we were trying to emphasize. According to Singh, while Rama is an example of virtue for some, in Periyar’s writing he is a symbol of the northern Aryan tyranny. Likewise, Singh reveals diametrically different views and practices coexisting in India.

Singh’s conceptual framework of contradiction follows a long tradition of historical analysis. To use Walter Benjamin’s formulation, “there is no document of civilization which is not at the same time a document of barbarism”. All cultures involve power relations and resistance, and therefore tensions and contradictions are evident.

What Singh has achieved in the volume is a compelling account of religious practices, ideas and traditions in India by interestingly organizing his material. Therefore, Ancient india provides an engaging reference book for Indian students and students of Indian studies, combining different strands on Indian history, philosophy and culture. Singh offers a vignette of India’s past in lucid prose that neither hinders the reader’s pace nor straining patience. It is indeed a beautiful story that gives the experience of reading the history of India.

In addition, Singh is quite clear about the profession of historian and the limits of writing history. For example, references to Mahabharata and the Ramayana abound in her illustrations, but she knows how much they can be considered historical documents. Likewise, it is cautious about the retrospective application of our current standards and norms when reading old texts. If the past is a foreign land, Singh knows how to navigate it, but her feet are resolutely turned towards contemporary India: she writes: â€œIn ancient India, there were several religious communities, but no religious religion. State. Perhaps there is a lesson for our own time.