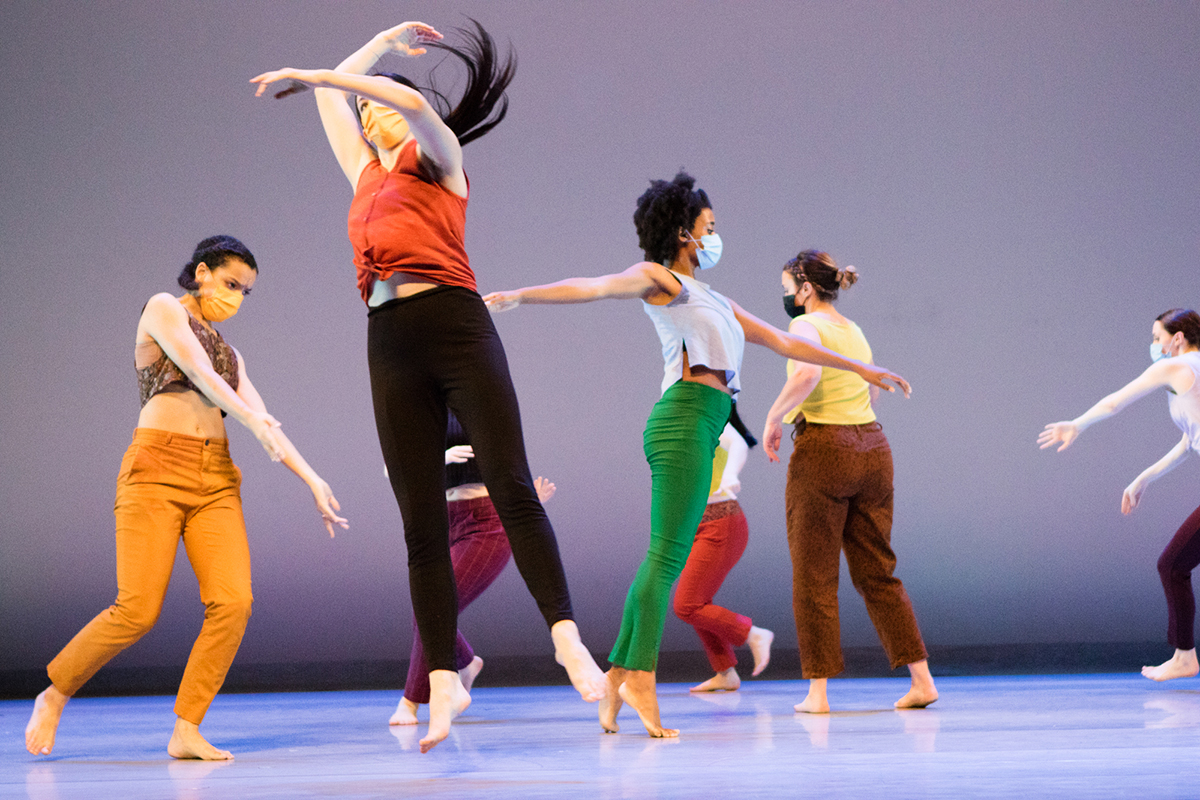 The February dance will be performed at the Krannert Center for the Performing Arts from February 3-5, and the February 3 performance will also be livestreamed.

Roxane D’Orléans Juste performs her play “Marassa”, which talks about the ties that unite the members of a family even when they are physically separated.

Juste will perform “Marassa”, a solo that is actually a duet in disguise. The dance is named after Marassa Jumeaux, the divine twins with healing powers found in Haitian voodoo. Juste grew up in Canada and Haiti, and she choreographed the piece for herself and her sister, a dancer based in Tel Aviv, Israel.

“I wanted to make a work that would bring her to me and speak to the longing for separation, as well as the strength of communication that keeps her close to me at all times,” she said.

The dance is presented in the form of short vignettes that consider the relationship between improvisation and defined movement. Media design theater professor John Boesche has created a lavish visual landscape that takes audiences on a journey of life through a projected collage of images of Just and his sister as children, paintings of Just and videos of his sister dancing.

Just creates a moving conversation in the presence of her sister, as well as in her absence. This duo takes the audience through time and makes visible the complexity of fraternity.

The musical selection highlights the works of prominent 20th century composers, including Haitian composers Justin Elie and Frantz Casseus. Pianist and Dance Department accompanist Beverly Hillmer will perform some of the music live during the show.

O’Connor examines in-unison and non-unison moves in “Future Cake”. The dance piece asks the audience to view non-unison movement as something other than chaos.

“There seems to be a value system in some audiences where people view unison as beauty and non-unison as chaos. I don’t see it that way,” O’Connor said. Shamelessly presents long stretches of non-unison movement My attitude is that it’s very beautiful, almost exultant or transcendent.

“Future Cake” grew out of a choreography class that O’Connor taught in which he gave students the experience of creating a dance. The 15 dancers performing “Future Cake” are undergraduate and graduate students. Each dancer generated their own movement, and O’Connor manipulated this material to create specific movements or phrases.

He also composed the score using over 1,000 “found sounds”, including sounds from nature. The score moves in and out of a conventional relationship between music and dance, sometimes providing rhythm and at other times providing sounds that don’t reflect movement on stage, he said.

Cynthia Oliver’s “Fallow” explores the journey from exhaustion to rejuvenation.

In his work “Fallow”, Oliver presents a journey from exhaustion and exhaustion of creative and intellectual pressures to a period of restoration of health, vitality and creativity.

“There’s humor and wrestling and a non-stop aspect — all the things that we have to navigate to get to a time when we can be still,” Oliver said.

She described the movement of the six dancers who perform “Fallow” as eclectic – pedestrian and highly technical and funky and gestural.

Longtime collaborator Jason Finkelman arranged the music for the piece. The musicians are Joy Yang on piano – the first time Oliver has used piano music for one of his dances – and Mark White on guitar, which provides reggae sounds. The music reflects “where I am in terms of being in the Midwest and a landlocked place, and my memory of the kind of expanse of sky and sea that I experienced as an island girl,” said said Oliver, who grew up in St. Croix, US Virgin Islands.

Oliver worked with theater student Yingman Tang on the lighting design – “What she does with the color is fantastic” – and with Boesche on the play’s projections.

Toenjes’ “Soundwave Surfing” reflects his interest in acting and stage performance. The work combines dance and technology in a format similar to a game show. Six dancers divided into two teams compete by composing vocal and dance improvisations in turn.

John Toenjes’ “Soundwave Surfing” combines vocal and dance improvisation with technology in the form of a game show.

“They can lock a loop and be free to dance, then unlock it and create a different loop,” Toenjes said.

The “Soundwave Surfing” teams will compete in three rounds, with a total of nine tracks. The reaction of the public will determine which team will win.

“It gets a little wilder each time,” Toenjes said.

Tickets for February Dance are available online only at krannertcenter.com. People attending in-person performances must provide proof of full vaccination or a negative COVID-19 test, and a face covering must be worn throughout the performance.