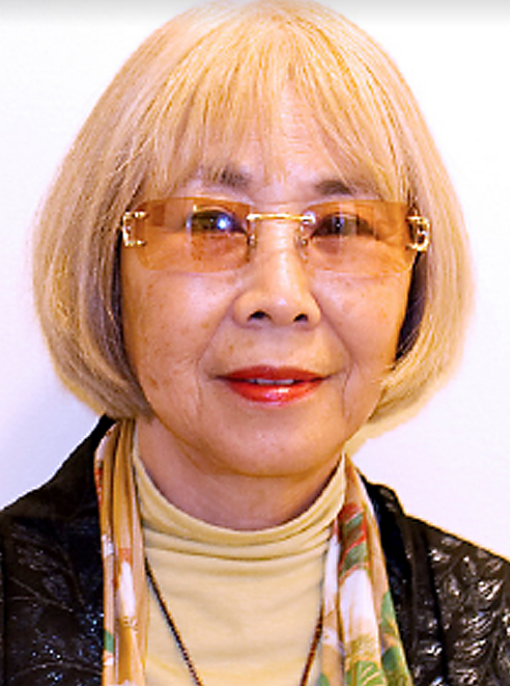 Mikko Haggott Henson of Redondo Beach, who dedicated her life to serving as a bridge between the United States and Japan, died on June 20. She was 85 years old.

Born in Tokyo in February 1937, she was the youngest daughter of Shiro Arimoto, founder of the Shibaura Institute of Technology in Tokyo.

In 1962, Henson attended a two-week English immersion program at Karuizawa. Ben Haggott, a resident of Torrance, was the instructor. He sponsored her to come to the United States to attend school in 1964. Three years later, they were married.

Shortly after settling in Torrance, Henson began her quest to preserve flowers and established herself as an artist. His work, “The Art of Preserving Flowers”, has been exhibited in many places, including the Los Angeles County Natural Museum (1968) and the LA County Botanic Gardens. His work also made headlines, notably on Channel 7 (1975) and in newspapers such as The Los Angeles Times (1969) and The daily breeze (1974).

In the 1960s, many Japanese companies began to establish offices in the Torrance area, resulting in an influx of Japanese families. Growing up in Japan during World War II, Henson realized that a number of misconceptions existed between the two countries and saw the need to increase cultural awareness in the hope that through understanding mutual, people could live in harmony. As such, she began volunteering in the community to introduce Japanese culture, visiting elementary schools to present lectures to students.

She established the Japanese language books section at the Torrance Library in 1975. In 1980, in conjunction with the Torrance Unified School District and the City of Torrance, Henson organized a 10-day cross-cultural education event for all fourth grade students. Through her efforts, she was recognized as Torrance’s “Volunteer of the Year” by the National Recreation & Park Association in 1980.

In 1973, Henson helped establish a sister city relationship between Torrance and Kashiwa in Chiba Prefecture. She founded the Torrance Sister City Association, became its first president in 1976, and set up many annual programs such as Bunka-Sai, a student exchange, and sending an English teacher to Kashiwa, which continues to this day. Under her leadership from 1976 to 1990, the Torrance Sister City Association received eight awards from Sister Cities International and is considered a model sister city in the United States.

Henson has received several awards over the years in recognition of her community volunteer efforts, including South Bay YWCA Woman of the Year in 1986, Woman in the History of Torrance in 1988, the Sidney Jared Torrance Award (the highest honor in the City) in 2002, and the Torrance Area Chamber of Commerce and Japanese Businessmen’s Association Friendship Awards in 2009.

From 1978 to 1984, she worked as a curriculum associate in the Department of Curriculum and Instruction at USC and as a Bilingual and Bicultural Teacher Certification Test Evaluator.

From 1980 to 1982, Henson worked with UCLA’s Department of Fine Arts on a special summer project to bring notable masters of classical dance, music, and theater from Japan. She even took hayashi (classical percussion) lessons herself, taught by Grand Master Katada Kisaku, designated a national treasure of Japan. This art form had died out in the United States after the war and she wanted to revive it in Southern California.

After many years of training, Henson became a natori and was given the name Katada Kikusa by the grandmaster in 1986. She performed, lectured, and taught at many places, including the Japanese American Cultural and Community Center in Little Tokyo, and has been recognized as a Master Artist by the California Arts Council. She received the Torrance Fine Arts Awards in 1987.

In 1992, she founded a non-profit organization called Japanese Traditional Performing Arts Organization (www.JTPAO.org) to introduce, promote and preserve traditional Japanese cultural arts in the United States. As president of JTPAO and as a musician, Henson has received numerous grants and lectured at many schools. She has also produced performing arts programs at the Aratani Theater in Little Tokyo and the Armstrong Theater in Torrance, and has invited a number of renowned artists from Japan.

In 1988 Henson became a contract interpreter for the US State Department. In this capacity, accompanied Japanese politicians and other personalities visiting the United States

Her organizational skills led her to be the project director of many events such as “Tomihiro in LA”, a 10-day art exhibition in 2001. Tomihiro Hoshino is a famous oral artist and poet in Japan. Henson also worked as project director of the 100e anniversary celebration of the Federation of Japanese American Churches in Southern California, which took place in 2013. Both events took two years to plan.

Starting in 2007, Henson began showing Japanese historical films made by Gendai Production in Los Angeles, such as “Fudeko and Angel’s Piano”, “Thank You, Daddy Ishii”, “Before the Dawn”, and “Nostalgic for Homeland”. . All proceeds from this film project were donated to charities such as Little Tokyo Service Center, Keiro Nursing Home, a special education school in Torrance, and the Japanese American Church Federation of Southern California.

In 2010, Henson established the Arimoto Memorial Scholarship Endowment at UC Irvine to honor his father and encourage young Japanese people to study in California. It has supported more than 20 students with scholarships that enabled them to participate in a three-month study program at UCI.

In 2016, Henson published a book, “Rokuichi and Yasuko’s Shonien”, in Japan. She spent ten years researching the history of Japanese immigrants in Los Angeles and the story of Joy Kusumoto and her adopted daughter, Grace Kusumoto, who established a home for orphans 100 years ago in Los Angeles. Angeles and 80 years ago in China with the support of the Southern California Japanese Community. She had given talks whenever possible to present the story of this inspiring person.

In 2017, her lifelong dedication to fostering Japanese-American relations was recognized when she was named Woman of the Year by the Japanese American Citizens League (JACL) and the Japanese Woman’s Society of Southern California.

Henson became a naturalized citizen in 1977, and her husband Ben Haggott, vice president of the Metropolitan Water District, died in 1982. She remarried in 1985 to a veterinarian, Barry J. Henson, who died in 2020.

At the time of his death, Henson was working on the 50e anniversary of the Torrance-Kashiwa sister city program, which will be celebrated in 2023.

Artpark has a full list of events this weekend | Local News