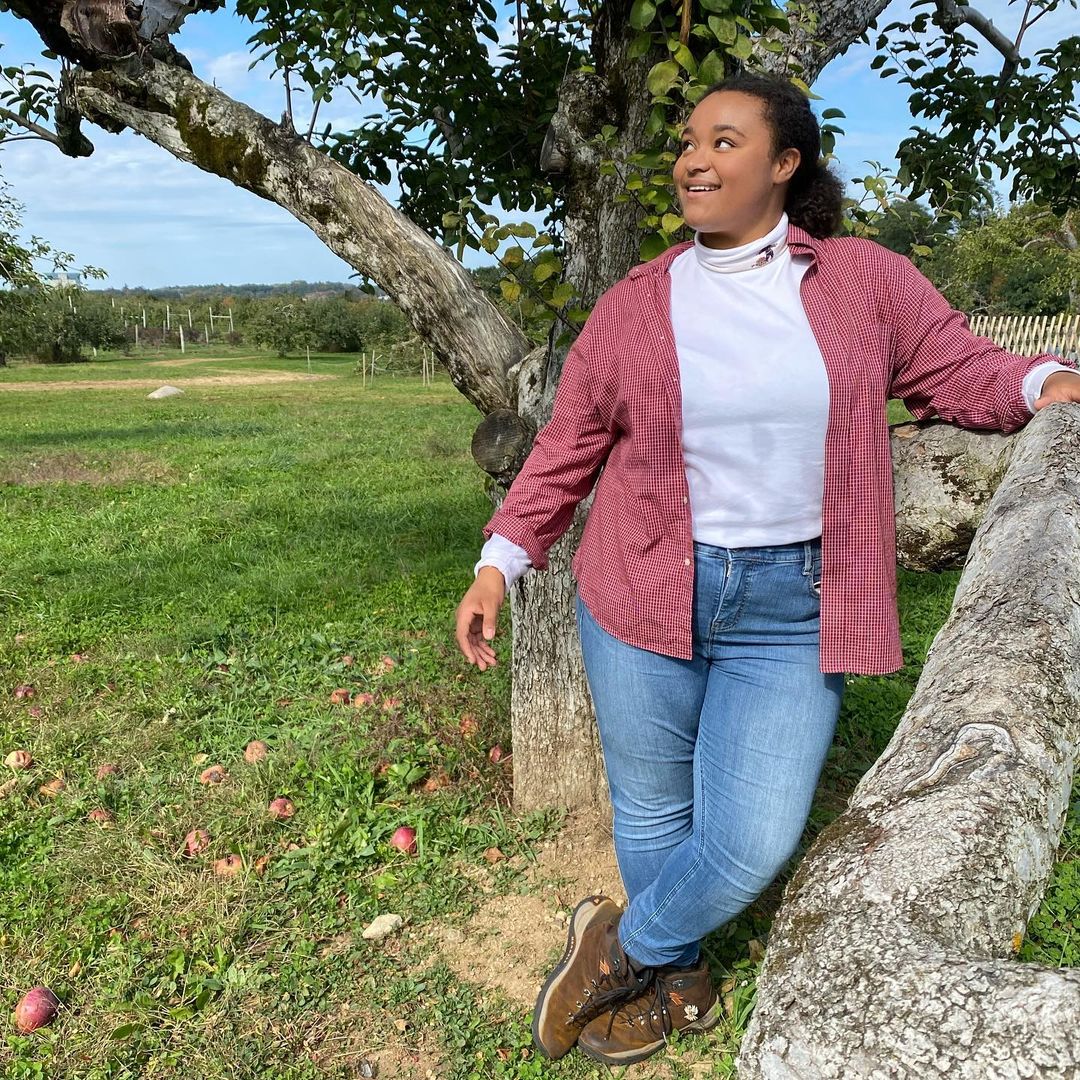 LyLena D. Estabine ’24 fell in love with musical theater at age five, when she was cast in a production of “Fiddler on the Roof.” But it wasn’t until Estabine listened to recordings of the “Hamilton” soundtrack in middle school and thought, “If anyone else could read a book and then write a musical about it, why not me ?” that she was inspired to become a playwright herself.

Today, Estabine, a published author with experience writing plays and music, hopes to open the door to the performing arts to as many students as possible while sharing her love of theater. and his devotion to his faith.

To that end, she founded a new theater group earlier this year: “The New Songs Theatricals,” whose first production “Painted” will run April 21-23 at Adams Pool Theatre. The musical tells the story of Leonardo DaVinci, a figure who served as inspiration for Estabine. She hopes DaVinci’s story can be a springboard for discussing social issues.

“What [‘Painted’] going to do is try to start conversations and break paradigms about how we discuss Christianity and sexuality, especially in reference to the LGBTQ community,” she said.

For someone who knows Estabine, this is not a surprise; she imbues almost every piece she works on with a deeper meaning. Her show “Once When the War Was Won,” which she wrote in high school, tells the story of a fictional civil war and the class struggles embedded in the conflict. The virtual show she hosted last year, “Dreamland Diner,” was a modern retelling of the biblical story of Jacob and Laban set in a 1980s restaurant in Kansas City. And in her more recent work “Milk Made,” an original operetta written in the style of Gilbert and Sullivan, and performed by the Harvard-Radcliffe Gilbert and Sullivan Players, she explores a variety of today’s most pressing issues.

“We were able to comment again on class struggles and specifically what happens when Marxism aligns itself with issues of environmental justice,” she said.

Estabine credits his faith as the inspiration for “Dreamland Diner” and “Painted”. “God gave me the words to completely revamp the show even up to the time we started rehearsals,” she said. The show itself addresses issues of faith and examines what it means to be fully and completely loved and known by God. “How does God move through our lives in ways we might not always see or expect?” she asked. Estabine created New Songs Theatricals to provide a “community and space” for artists to discuss and explore the intersections of Christianity and the performing arts, a mission she plans to continue with the support of other student creators.

Going forward, Estabine plans to become heavily involved in on-campus theater and productions, and she encourages anyone interested in the performing arts to do the same. She recommends organizations like Harvard Black CAST and Harvard College ¡TEATRO!, as well as New Songs Theatricals, as great places for budding artists on campus to start.

Estabine is drawn to theater because of its impact. “Art has the power to touch people’s lives in ways that other forms of communication cannot,” she said. Going forward, Estabine plans to continue building community and creating change through the performing arts. For her, it’s ultimately about connecting with people.

“If you sit down and talk to someone about a difficult topic, the walls often go up,” she said. “But when you’re sitting in a theater or when you’re reading a poem or listening to a song, the walls come down. And I think in our world today especially, we need fewer walls.

Art education for all | Gamma of higher education