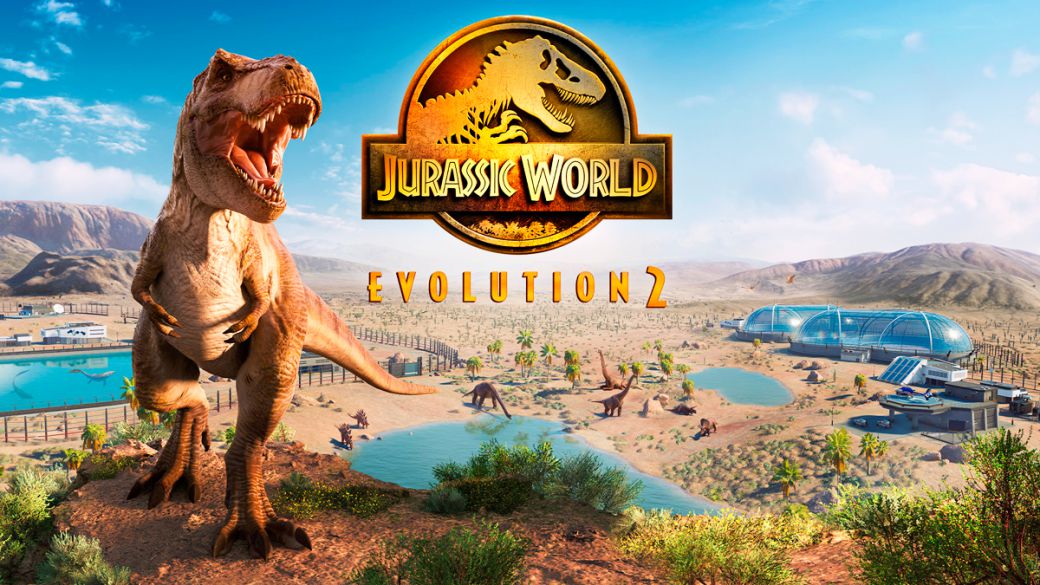 A few months ago we had the opportunity to test a Jurassic World Evolution 2 demo and our first impressions could not have been more positive. If the original was already a game of management and strategy more than competent, this sequel seemed ready to level up and compete in the big leagues. He promised to correct the problems of the first one and to add a good number of additions. More biomes (snow and desert), weather effects (tornadoes, storms and sandstorms or blizzards), aquatic and flying dinosaurs, a greater number of creatures (84 species for the 44 of the original), and so on. He also boasted of having rethought the formula by incorporating new layers of depth (incubation of eggs, hiring of scientists, struggles for the territory …), and even taking with him an additional game mode: Chaos theory. However, and for the record that we are the first to be surprised, the feelings that the final version left us are much, much warmer.

All the novelties mentioned are there, but they are not always welcome, they rarely go beyond anecdotal and they involve something that no one had warned us about: cuts in other areas. Jurassic World Evolution 2 it’s not more and betterRather, it’s a handful of additional add-ons, often questionable and lacking in the ambition, ingenuity, and dimensions of the original. Looks like an extension rather than a sequel and the price seems exorbitant. Is it always nice? Of course it does, but it is not the differentiating leap that we expected and it is understandable that there are people who, after trying both, always like the first one more.

A campaign mode eaten by a dinosaur

Its hated story mode is the best example of what we are exhibiting. The campaign of the first Jurassic World Evolution was a delight to go for hours and hours, a ride through the archipelago of the Five Dead that allowed us to inaugurate a Jurassic park on each island. In this sequel, the campaign is nothing more than a three or four hour tutorial. It consists of several frankly easy and straightforward missions that serve to visit new biomes and test new functions, nothing more.

The penultimate level, to tell you about it, invites us to create an aviary and it ends when we put a handful of species inside and make them coexist in harmony. In other words, we just have to ask our scientists to study how to construct the building, then lift it up and finally free the dinosaurs that we rescued from a previous expedition inside. There is no more. And how the mission begins by giving us The extra money, We have enlarged the aviary several times so that they have space and be happy, we add water, feeders and we will crown ourselves with stones here and trees there. At less than half an hour we will have completed the mission and we will be in the next one. No return options, no reputation goals. As we said, this is just a simple tutorial.

An example of how to take advantage of a license

Something similar happens with the extra game mode. Chaos Theory offers five missions, each set in a different movie from the saga. It becomes a “what would happen if …?”, Or what amounts to the same, a reinterpretation of what happened in the different bands. I could have John hammon make your dream come true if we had been the directors and managers of your fleet? Was there a way to get it right? what if Jurassic World would it have worked? This is the kind of question Chaos Theory intends to answer. The cutscenes with which each phase opens, its scenarios and the skins of its buildings and teams of guards, among many other details (voice, soundtrack, video clips …), are directly extracted from what we have seen on the big screen, they take full advantage of the license and will delight fans of the universe of Spielberg.

However, at the conceptual level, these are always levels that serve as educational academies, tutorials. At least three of them are very linear, they take us by the hand continuously and it shows that they are there to teach us to play and fiddle with what options and problems. More than an additional mode, Chaos Theory appears to be a continuation of the campaign, a reinforcement of it that draws nostalgia (well it does) and thankfully lasts a little longer. But even if we add the two modes, we are not sure we prefer them to the story of the original. And in any case, why choose? They are not exclusive. They could have presented them as an introduction to the sea of ​​maja and then thrown us into the clutches of a new campaign as long, deep and complex as this one. The current result makes us feel at all times as if an arm had been torn from the game.

One of lime and one of sand

This impression is reflected in the rest of the news. It is very good that there is tornadoes and snowstorms, but if they only serve to take away half of the park … Why not include countermeasures and the possibility of anticipating their arrival? As it is, once we have Mother Nature on us, all we have to do is cross our fingers and open the shelters. There are times when new weather effects kick in unfair and frustrating. It is as if the promoter had added problems to the management of the park, but not solutions. It’s visually appealing, but squeaks on the playable. Exactly the same thing happens with, for example, aquatic and flying dinosaurs. We’re happy that community requests have been addressed and included, but they’re less interactive and have fewer options around them than other dinosaurs. They are not only decorative, but… Not to mention the headaches that the camera gives to entering aviaries, or the physics of water. It is the usual tonic of all the novelties. They like each other, but the effort could have been more important. Lack of ambition, of ideas. They fill out the file and nothing else.

We also like the possibility of create the employee model of the park and that each scientist has their own abilities, advantages and disadvantages. It’s a common choice of the genre (see Two Point Hospital and its predecessors, for example), but put it, why make them so silly and basic? Do you really need to tell them how long they need to sleep because if they don’t they will get mad and sabotage us? Likewise with paramedical teams and the new health problems that result from them. If an “ambulance” is given an enclosure and its dinosaurs get sick, do you really have to manually tell them to go and see what is happening to them? There are games that fail and trap us an endless loop of trifles. The feeling of repetitiveness appears in many moments, such as weaknesses of AI and the feeling that the orders and types of behavior are lacking. Longevity and the degree of challenge should lie in the amount of things we have to control and the errors that result, or in our creativity to provide solutions, or in making certain or other decisions and their respective consequences. Now rather it derives from traps like storms (random) and how much patience we have and how long are we going to witness the same nonsense over and over again.

On the other hand, yes, we love that stores have more types of mods inside, but why can’t we still see the inside? And why the ability to choose how many people work there and at what cost were the products lost along the way? Why are some of the buildings from the original missing?The new attractions and tours in vehicles are also fun, but wouldn’t it have been better if the parks specializing in entertainment, safety or revenue had been maintained? There is no longer any trace of the types of approach to our management, with their advantages and disadvantages. But if these have disappeared, why do the store modules still refer to them? It seems they are making the decision, but without trust, without having them all with them, and leaving behind the trail of what was.

Jurassic World Evolution 2 es one lime and one sand in all its sections. It adds, but it also takes away. He is moving forward, but not what we expect. There are still some outstanding issues (balancing the economy, button to undo last move, etc.) and in many, like the graphics and sound, he remains unfazed, without taking advantage of the new generation to increase the dimensions of your map (even more than it does) or to reduce loading times. We thought what we saw on our first contact were the foundations on which he would build a license game to remember, but layers and pillars nothing, that’s all he comes up with. It is not little, but leaves us hungry.

The proposal continues to work and there are some interesting findings, such as the increase in the number of Dinosaur animations and behaviors, or the Pokémon Snap phases in which we take photographic excursions in our Jeep. Promises of what it can be. And in turn, sandbox mode shines again in its own light and novelties further increase the number of possibilities at our disposal. This will give us fun afternoons and afternoons riding our dream park. In other words, Jurassic World Evolution 2 is still highly recommended for fans of the genre, dinosaurs, or the original game, but for the exact same reasons we might recommend this one. No more no less.

Source of the article

Disclaimer: This article is generated from the feed and not edited by our team.