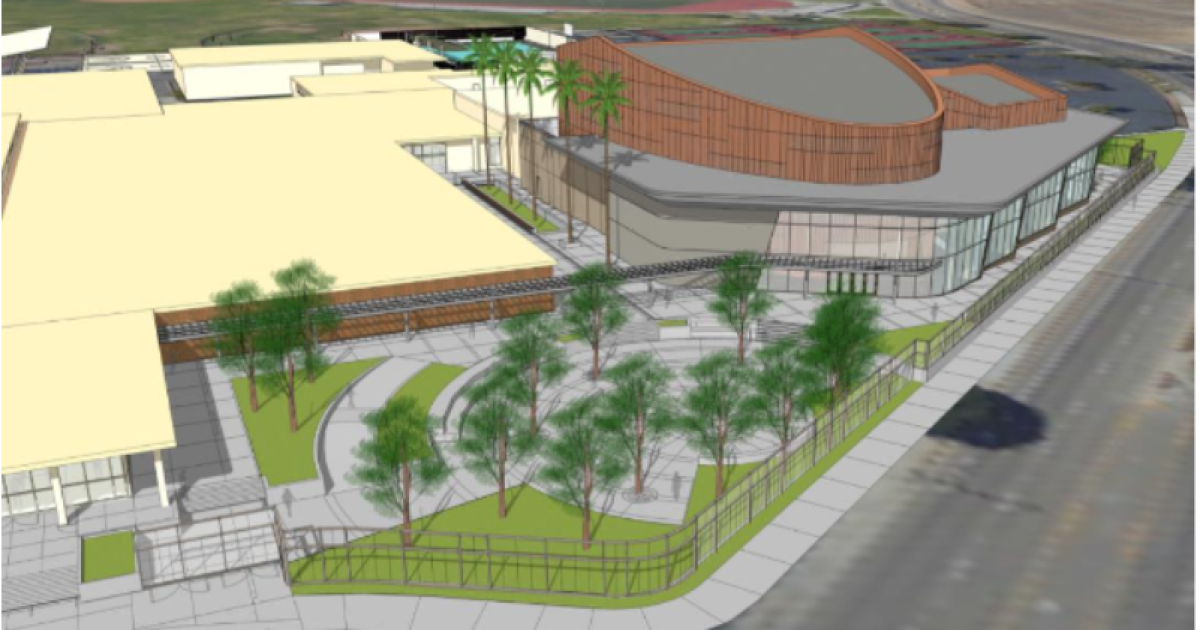 A lawsuit filed by the city of Costa Mesa to stop the construction of a $ 32 million performing arts complex at Estancia High School, on the grounds that school district officials failed to provide a public review of the proposal, was rejected.

The dispute hinged on whether a 180-day deadline to legally challenge a project – under the California Environmental Quality Act (CEQA) – began after the Newport-Mesa Unified School District initially approved the work in October 2019 or after declaring the project exempt from CEQA. revised in December 2020.

In a January 15 petition for warrant, Costa Mesa City Atty. Kimberly Hall Barlow acknowledged that school board members approved plans for a 46,000 square foot complex with a 350-seat theater and lobby, a black box theater, and new concession, storage and behind the scenes on the Costa Mesa campus on October 7, 2019., Meeting.

The NMUSD had not yet performed an environmental review, a step that allows the public to comment on plans that could have significant impacts on an area. In December 2020, the directors passed a resolution concluding that the scope of work was exempt from CEQA review, thus preventing public feedback.

Newport-Mesa officials argued that because the project would not increase Estancia’s student body or require a change in the use of facilities, it did not require such a review.

City officials argued that the project and its construction had significant impacts on aesthetics, open spaces, air quality, traffic and public access to campus and said a proper CEQA review, not the board vote in 2019, should trigger the 180-day complaint window.

In an interim decision filed Nov. 12, Orange County Superior Court Judge Randall J. Sherman sided with Newport-Mesa Unified, saying the time began when the board of directors approved the project and determined that the city’s objection was not filed within 180 days.

“Interviewees showed that on October 7, 2019, the district made a 7-0 decision to approve the site plan and schematic design of the project, which committed the district to a defined course of action,” wrote Sherman.

“The board of directors took a formal and official decision when it approved the schematic design of the Estancia high school theater,” he continued. “This ruling triggered the 180-day limitation period, barring a petition, which was filed over a year later, on January 15, 2021.”

School district officials can continue their plans for Estancia, which include reallocating an existing theater into a boardroom, installing a perimeter fence, and demolishing a nearly one-acre senior lawn, containing more than 30 mature sycamores, to accommodate the construction.

“We are happy with the decision and are delighted to continue moving the project forward, construction of which is expected to begin in early 2022,” NMUSD spokesperson Annette Franco wrote in an email Friday.

The project is expected to be completed by summer 2024. But Costa Mesa officials still have the option of appealing Sherman’s decision. Hall Barlow said on Friday that city council would discuss the matter in a closed-door meeting on December 7.

The lawyer said she believed the district had engaged in a bait and exchange, notifying the public when they approved the project that an environmental review and a chance to provide comments would be available, then exempting more late the draft of such a review.

“It deprived the whole public of an opportunity to influence the project – I don’t think that’s what the public expected,” Hall Barlow added. “It’s not a very good moral lesson for the students in the school district.”

Support our coverage by becoming a digital subscriber.