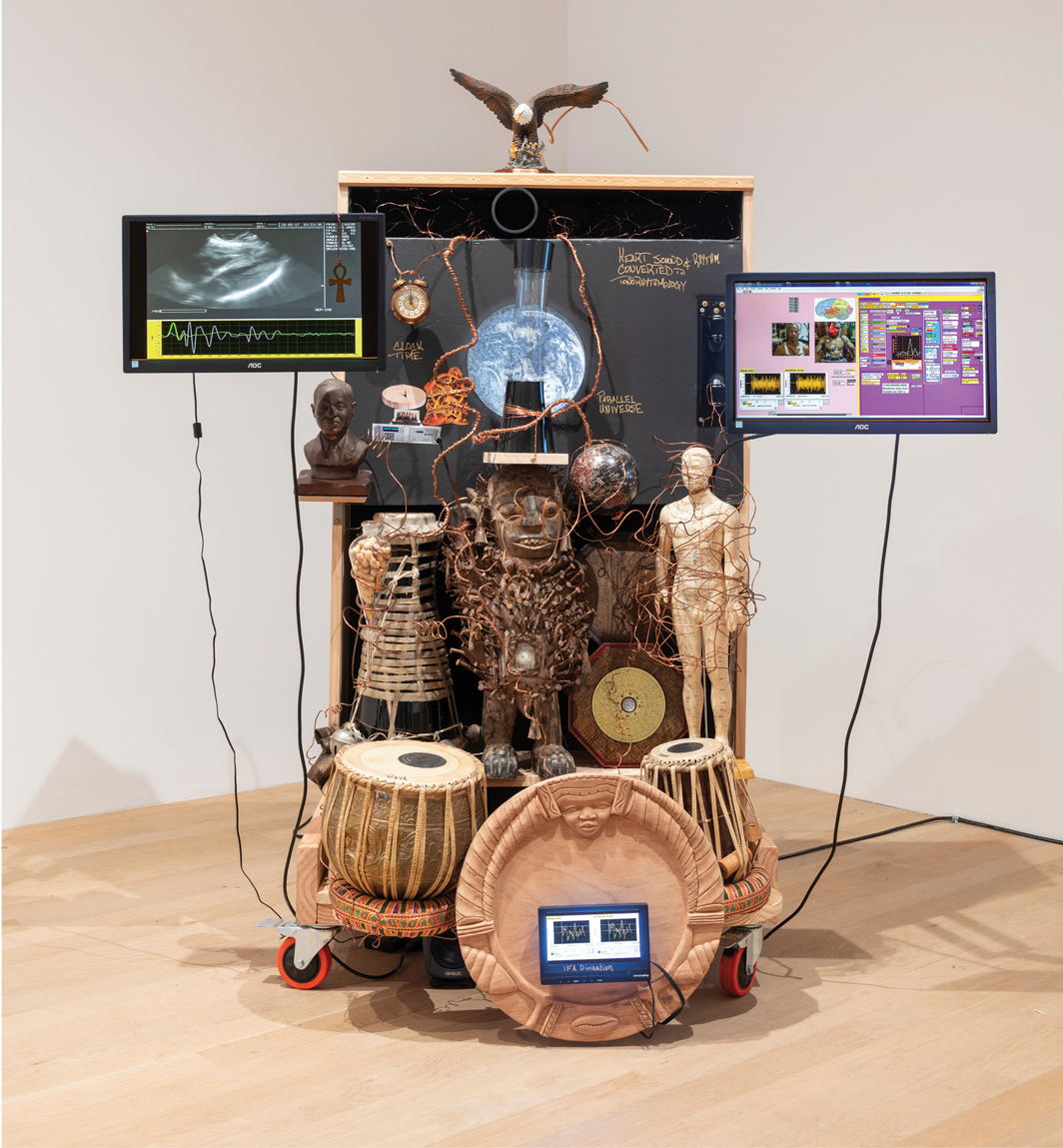 That Milford Graves (1941-2021) was one of the most fascinating, energizing and vibrational percussionists of our time was already evident in 1965, the year of his first recorded appearance on the New York Art Quartet’s debut album. Over the next five decades, musicians made a pilgrimage to witness Graves’ unique physical approach to the trap, his elbows in an inverted position. Word of mouth led the uninitiated to discover its carrying ability to sustain two or more rhythms at the same time – to play in polymeter. What took longer to fully absorb, however, were the results of his lifelong efforts and achievements in many other disciplines, from the visual arts to non-fetal stem cell research.

“Milford Graves: Fundamental Frequency,” an archival-focused retrospective at Artists Space curated in collaboration with Ars Nova Workshop, extended and recapitulated a series of Graves’ exhibitions, residencies, films, and talks in New York and Philadelphia. from 2016 until his departure last year. These projects highlighted the breadth of his life’s endeavours, and resulted in a series of late works – sculptures, drawings and videos, often schematic in nature – which can be either looked at or listened to: primers for many of its theories, notions and discoveries.

A guiding principle in Graves’ art is the idea that within the human body lies the key to all music and all knowledge – a kind of intelligence accessible by careful listening and observation. This theory may sound like a mystical proposition, but with the strength of Graves’ determined use of scientific methodologies, it couldn’t be more down-to-earth, as evidenced by his “Music from the Heart.” This decades-long project took place not only in his amply equipped basement laboratory, but also in academic medical institutions in Italy and the United States. The result was a system for recording and analyzing the highly variable micro-rhythms, dynamic flows and electrical frequencies produced by each individual’s heart. His research led to a better understanding of the origin of polyrhythms and resulted in the creation of melodies based on the unique non-metronomic expression of each person’s heartbeat.

An ephemeral piece of this project, ECG heart monitoring printout, 1978, was the conceptual center of this exhibition. A document recording the heartbeats of one of his fellow teachers was displayed in a display case like an ancient scroll. Drawn on green paper in blood red ink, it’s a study in rhythm, but it’s also inherently a portrait of an individual. Nearby was Paths of Infinite Possibilities: Skeleton2017, an assemblage that included a life-size model skeleton cradling a dundun drum. The words DRUM LISTENS TO HEART are inscribed on the striking head of the instrument. Here, we begin to understand Grave’s use of language as an invitation to “read” his work. Likewise, inside the “inner ear” section of the kinetic sculpture Cosmos 2–5, 2017, we found an equation: WORMHOLE ÷ EINSTEIN ROSEN BRIDGE = BATA DRUM ÷ LEGBA × ∆ × CROSSROADS × ∞. This seemingly mysterious formula is both decipherable and resonant: wormholes and the Einstein-Rosen bridge (see quantum entanglement and Einstein’s “frightening action at a distance”) are directly equated with Legba, the Yorùbá d ‘West Africa. god of the crossroads of communication across time and space (the traditional tool used for this interaction is the Batá drum).

The show’s conclusion was a fantastical, colorful and purposeful sculpture: Graves’ Trap, which he painted extravagantly in a Fauvist palette. Glued to the drumheads was a constellation of pastel-hued, Hilma af Klint-style circles that functioned as pressure point guides for his elbow technique. Hanging above was Earth resonance, 2020, a self-reverberating gong painted in bright colors, its understated volume tuned to imbue the entire show with metallic tones. The show’s coda was a brilliant and fun single-channel video, Movements in the snow1990, which documents the performing artist yara, a martial arts and movement system of his own invention that is steeped in the principles of free-jazz improvisation. Like Buster Keaton, Graves slyly plays with the camera and the expectations of the viewer, creating an electric union of the landscape with his own being. Her dynamic performance made visible how ideas are communicated between music, dance, art through the readable vocabulary of the body itself.