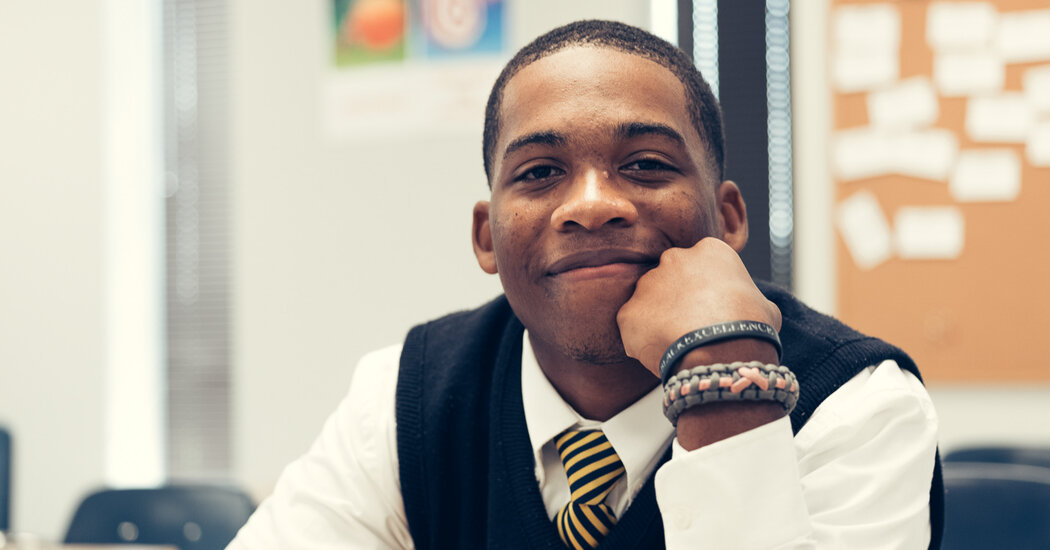 The wealthy in the United States have long made supporting colleges and universities a top priority, and their money usually goes towards projects like a new building, a scholarship fund, or an endowment for a professorship. .

What is more difficult is developing and funding programs that provide extra support for teens who need a boost to stay on track in high school and get the most out of it. university.

A large donor decided to invest more money and resources in a mentoring program after seeing how the pandemic, with its shift to e-learning, has disproportionately affected poor children. While mentorship programs already exist – one of the main ones being the Boys & Girls Clubs – Arthur Blank, one of the Home Depot co-founders and owner of the Atlanta Falcons, had a particular vision.

â€œThere is no one in America or in the world who has not been affected in a very negative way by this pandemic,â€ Mr. Blank, 78, said in an interview. â€œFor these young men and women, they don’t always have the tools to deal with what happened to them during the pandemic. We try to teach them life skills. If they have more tools, it really helps them.

Mr. Blank gave $ 9.5 million last year through his family foundation and PGA Tour Superstore franchise to a program that culminated this month with a leadership summit at his West Creek Ranch in Montana.

â€œIt’s about character development, development of life skills and values,â€ Mr. Blank said. â€œIf young people are successful, what they do will be meaningful and useful. “

Mr. Blank’s program is divided into two parts. The first started with some 300 teens in over two dozen PGA Tour Superstores where there was also a chapter of First Tee, a nationwide program that uses golf to build character and teach life skills to children ages 5 to 18 years old. First Tee named the participants for the Blank program, many of whom come from economically disadvantaged backgrounds.

The program, over half a dozen weekends, included hands-on sessions on the various professional roles and finances of, in this case, the golf industry. The program also featured what he called soul-searching exercises to help teens understand their strengths and weaknesses when applying to college and consider future employment opportunities.

Bernardo Little Jr., 16 and a junior at an Atlanta high school, said an assessment of his strengths helped him better understand what he was good at and how it might help him in life.

â€œThis is how I imagined myself, but I never would have expressed it in those words,â€ Mr. Little said, adding that his strengths included putting events in context and always looking to the side. ‘to come up. â€œI use the past to guide the decisions I make for the future. And I am deliberative. I think a lot before making a decision.

Manyi Ngu, 17, a high school student in Jacksonville, Fla., Said she made the most of an activity, in Part 1 of the program, which asked teens to choose 10 things or values â€‹â€‹that mattered most to them and then reduce the list to five, then to two.

Her two, she said, were family and honesty.

From the larger group, the Blank program selected 40 boys and girls for the trip to Montana for a week-long program that combined classroom work and lecturers with outdoor activities. The aim was to put adolescents in new situations and to force them to work with people they did not know.

Speakers included Shasta Averyhardt, one of the first black women to achieve LPGA Tour status, and former NFL quarterback Michael Vick, who was sent to jail for his role in an illegal operation. air combat.

â€œMichael Vick talks to them about life choices,â€ said Mr. Blank, who has mentored Mr. Vick, a former Falcon. â€œHe doesn’t tell them about dog fights. He talks about making good choices versus bad choices.

Mr. Little said Mr. Vick’s speech was the most memorable time in retirement for him as he spoke about the impact bad choices can have on your life.

â€œThere is always room to grow,â€ Mr. Little said of what he got from retirement. â€œMy goal in going there was to see how I could thrive and become the person that I am still becoming. “

Ms. Ngu said retirement has helped her rethink what she wants to study when she goes to college next year. She had been interested in the study of architecture, although her real passion was the theater. She credited a speech by Ralph Stokes, a former black college football player who is now Director of Events and Partnership Marketing for PGA Tour Superstore, for changing his thinking.

â€œIn his speech he talked about following our dreams and being the first to do something,â€ she said. “He also spoke about the importance of representation, and seeing someone like you do that is inspiring.”

The other part of the program, which Blank said he insisted on in his grant, was getting the 40 teens to learn together outdoors and in unfamiliar situations.

â€œAt West Creek, we learn by experience,â€ he said. â€œThey could take leadership courses almost anywhere. But we do it in West Creek because 50% of their time is away from books and lectures. They learn about risk taking, leadership and character development. These things are transportable.

Ms. Ngu said her favorite activity had been horseback riding, but what stood out most for her was getting to know the other teenagers in her group, who came from all over the country.

â€œI learned that in our differences, we are still all the same,â€ she said. â€œAs I left on the last day, I wanted to stay in touch with them. I left sad but happy to have met them and I hope to see them again.

Greg McLaughlin, managing director of First Tee, which received the $ 9.5 million grant and helped select teens for the program, said the effort builds on some of the work done by First Tee , in particular the emphasis on nine core values – perseverance, integrity and judgment among them. Most of the teens selected to go to Montana are almost out of high school and have shown an interest in leadership.

Mr McLaughlin, who attended the first week of the retreat, said the program offered mentoring-type support to help build confidence among teens.

But he said it takes it a step further by helping them form relationships with people they’ve never met before, which First Tee can’t do as its attendees get to know each other well.

â€œUnless you are an entrepreneur creating a product and you are the only employee, you will have to work with other people for the rest of your life,â€ he said. â€œYou have to be able to work with different people, people who are slower and faster, people who are difficult and demanding. “

He added, â€œIf you are smart and financially disadvantaged, you can make money. What these kids don’t always have is someone to guide them.

Mr Blank said he believed his goal of helping teens find mentors and learn to be leaders in their communities was a gamble on the future and the best use of his philanthropic dollars.

“I believe,” he said, “to level the playing field as much as I can.”