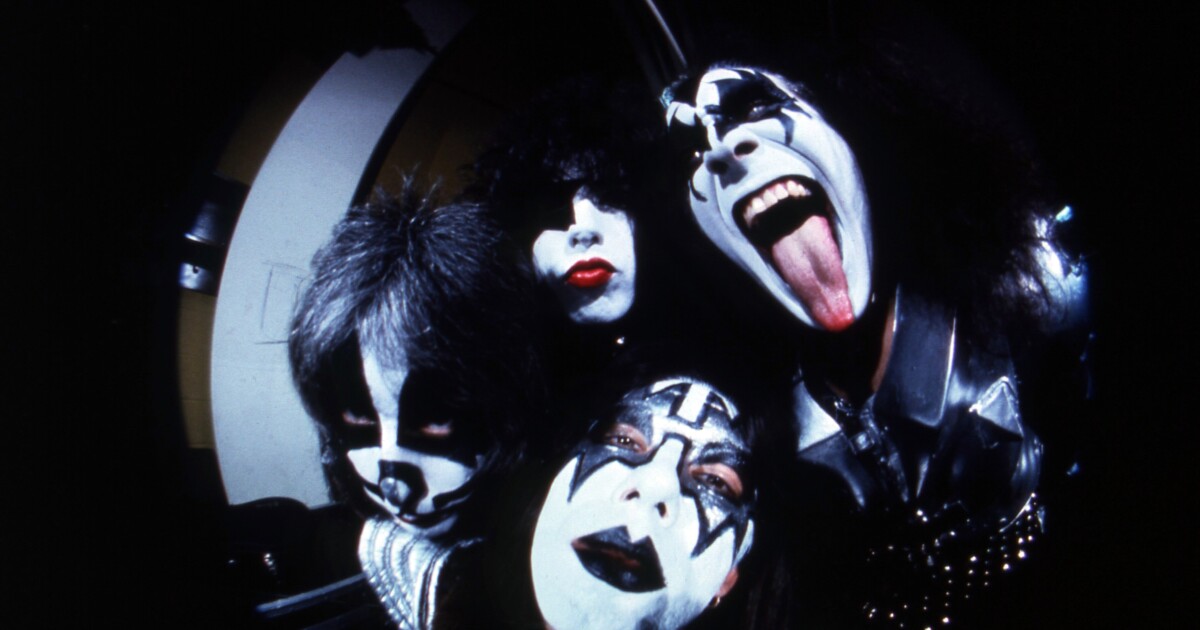 LAS VEGAS (KTNV) – Gene Simmons is about to do something in Las Vegas that he’s never done before in the world – inviting people to see his artwork.

â€œBelieve it or not, I paint,â€ he said, not talking about face makeup or stage makeup at all.

While the frontman of KISS has put on wild shows and shared his artistic abilities through rock ‘n’ roll for decades, he has also quietly created visual arts outside of the limelight.

“I thought nobody cared”

Simmons has been drawing since he was 8 years old.

â€œI have hundreds and hundreds of what I call doodles,â€ he explained. “So it’s a combination of pen and ink, markers, paint, watercolors, graffiti spray cans, whatever I can get my hands on.”

His very first public art exhibition, Gene Simmons ArtWorks, will take place on October 22 and 23 inside the Animazing Gallery at the Venetian Hotel and Casino.

The gallery’s exhibition was originally scheduled for October 15-16 following a private VIP event on October 14. In early September, it was announced that Simmons and his teammate Paul Stanley had both tested positive for COVID-19, postponing several dates on the “End of the road” group.

Simmons has since recovered, the KISS tour is back, and he’s finally ready to share his art with the world at the gallery exhibition just ahead of KISS’s new home in Las Vegas. Ironically, while the coronavirus may have temporarily interrupted his art debut, this is in many ways why he has a gallery exhibition as well.

â€œI thought no one cared,â€ Simmons said when asked why he chose not to showcase his art for all these years. He says taking a break from touring during the pandemic has helped reignite his passion.

â€œThe pandemic has given me the chance to be in Canada with few people or media and give in to my, you know, kind of private and secret dreams,â€ he said. “That is, I have scribbled my whole life.”

Simmons took his art out of storage, closed himself off to the rest of the world, and began to experiment.

â€œI was like, well, why don’t I dive into the bottom of the pool and see what I can do with acrylic, paint and other materials,â€ he explained. . “And that’s what I did.”

“I have no style”

Simmons has no professional training and says he takes inspiration from artists ranging from Jackson Pollock to Andy Warhol to even comics, and it shows. There is a lot of variety in his pieces.

While it is true that his art spans many different genres, it is almost as if â€œno styleâ€ is his style. If there’s one thing I learned from talking to him, Gene Simmons is a real rock star and he does what he wants.

Gene Simmons: “I live my life this way. Here, ask me a question. Ask me what time it is.”

Simmons: “Glad you asked me that question.” October 14 [now rescheduled to Oct. 22-23], we’re going to be here on Animazing – no matter what anyone asks you, just say what you want to say.

This philosophy is reflected in his work.

â€œThere are no rules. Whether you write songs or books, or create stuff,â€ Simmons said.

“I watch every day because it might be the only day I’ll be alive. Use it! Play, have fun, enjoy life.”

Simmons says the intention behind his artwork is pretty straightforward.

His approach to art is not to think about it too much.

“Sometimes the best thing to do is put a backpack on your back and go on a trip without knowing where you are going.”

Learn more about his art exhibit, which promises to include personal appearances by Simmons, at Animazing.com. There you can also RSVP, which the gallery says is mandatory.

This story is taken from our â€œLas Vegas Art Sceneâ€ segment in our brand new dedicated digital show â€œHow to Vegasâ€. Watch â€œHow to Vegasâ€ at 10:30 p.m. on Fridays – and throughout the weekend – using the KTNV app on your favorite streaming device.

MORE STORIES FROM THIS SEGMENT: