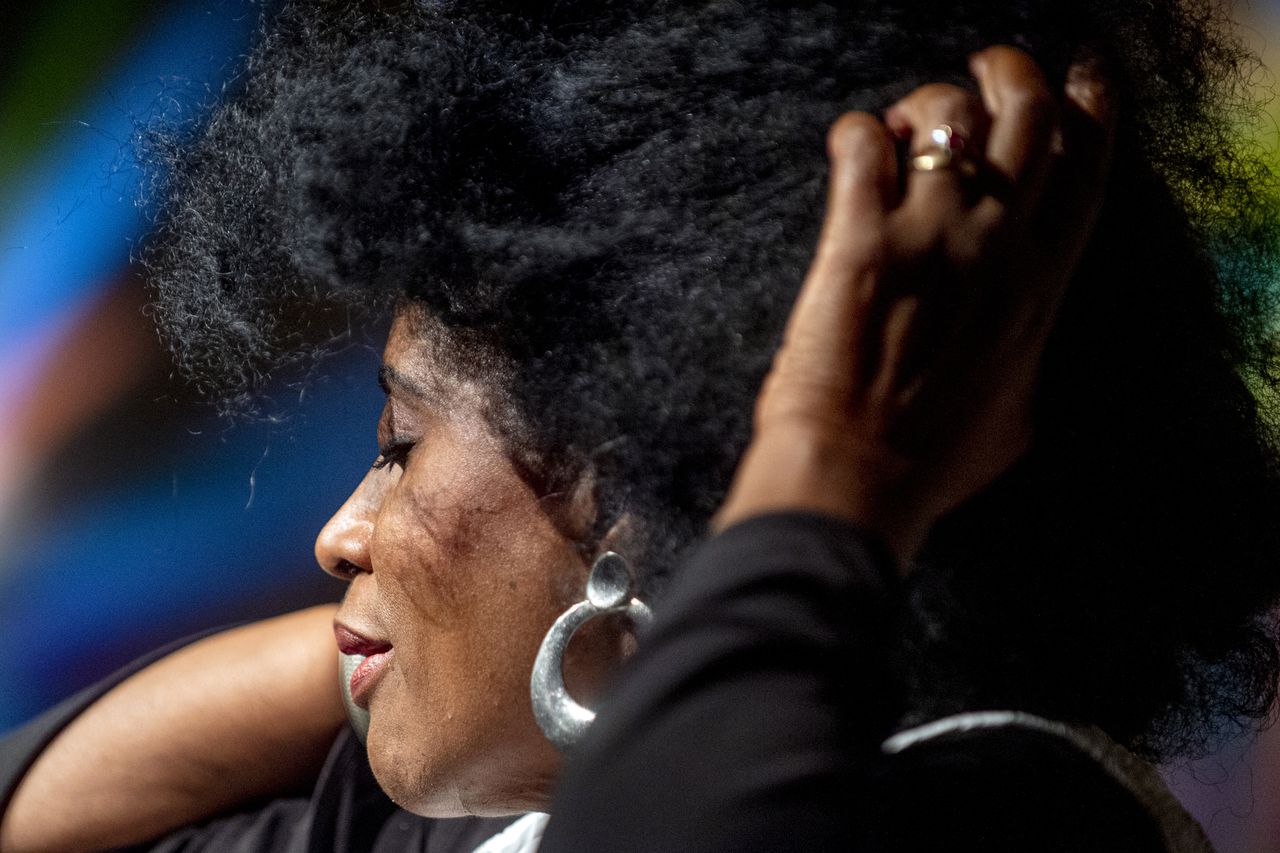 FLINT, MI – Semaj Brown, Flint’s inaugural poet laureate, was recently awarded $ 50,000 to implement a poetry program in the town of Flint to enhance the appreciation of poetry and use poetry to improve literacy.

Brown is one of 23 people who serve as Poet Laureates in states and cities across the United States. These poets will be leading public poetry programs in their respective communities over the coming year.

â€œI just got empty,â€ Brown said of her reaction when told of the accomplishments. “I didn’t say anything, then she said, ” ‘That’s when I got dizzy.’

Brown, named the first Flint City Area Poet Laureate in 2019 by former Flint Mayor Karen Weaver, intends to implement a poetry program aimed at children and adults in the hopes that the experiences will transcend Flint and beyond.

â€œAs we begin to emerge from the restrictions related to COVID-19, the poetry, which has provided such solace for the past fifteen months, will continue to be a source of insight. We are honored and honored to fund poets who are dedicated to their own craft and to their community. Poets will definitely help us move forward, â€said Jennifer Benka, President and Executive Director of the Academy of American Poets.

At the theater at the Flint Institute of Arts, Brown recently read a poem titled “Where Do I Come From?” which she wrote last fall as part of a project focusing on the intersection of environmental injustice or ecological issues and racial and social issues, organized by Kent State University in collaboration with Columbia University and EarthEthics .org.

The poem, read by Brown, was based on a poem of the same name written by writer and teacher George Ella Lyon.

â€œIn the poem, I’m talking about all of these racial issues that intersect with environmental issues with the land and the survival of the land,â€ Brown explained.

The video below features Brown reciting the poem.

The Poetry Pod Project (P3), which integrates music, visual arts, performances and games to enhance literacy and appreciation of poetry through listening, reading and writing poetry is Brown’s civic platform for Flint and has been active since she was named.

Brown will launch the Poetry Pod Project in collaboration with the Flint Zeta Foundation.

“It engages children, it engages adults too, because adults need poetry as much as children,” she said. â€œI mean there is a real need. “

Brown, a native of Detroit who moved to the Flint area in 2003, began writing poetry at the age of six. She was encouraged by her mother, who was a classically trained pianist based in the Detroit area, and often read poetry to Brown and his sister.

“The idea of â€‹â€‹a poetry pod project is that there are these pods like a pea pod and in each pod there is a poetry lineup, so when it blooms, when the sun comes out, just like thinking of the new day, â€said Brown. â€œNew day. We’ve been through a lot as Flint and as a country, so what I’m looking at is a new day in thinking, we’re blossoming.

The latest project under the aegis of the Poetry Pod Project is called Poetry Letters: Poetry as a 2nd Language, where there will be a speech between the poems. The project helps participants to think and communicate with poetry.

â€œIt involves improving the appreciation of poetry as well as using poetry to improve reading and writing skills in order to improve literacy,â€ she said.

Author of the book “Bleeding Fire: Tap the Eternal Spring of Regenerative Light,” Brown has worked in the community since arriving in the area, she said. Brown added that she had helped her husband, family medicine specialist Dr James Brown, using creative ways to educate the Flint and Genesee County community about nutrition.

Under Poetry Letters: Poetry as a 2nd Language, the Poetry Painting module involves fifth and sixth graders from Freeman Primary School. Students will be interested in the artwork in the Mott-Warsh Collection, a private collection of artwork created by artists from the African Diaspora and others who think about it, in Flint.

The third module, Poetry Pen Pals, will have pen pals who will write themselves in poetry form, which will start first with the students of Freeman Elementary, then spread to other groups in the city and even to others. countries and continents like Brown have friends who have schools in Africa, she said. The poems will be posted online.

â€œJust by doing, you become more thoughtful, more methodical. It’s an extension of mindfulness, â€said Brown. â€œYou have to be deliberative when you write.

Funds from the Academy of American Poets will fund all three pod projects, Brown said.

The fourth and final project, Poetry in the Garden, is also part of the overall pod project, but is funded by an angel donor. Brown will read poetry in the comedic light at Sarvis Park in Flint, focusing on science and plant consciousness.

The projects are expected to be launched by August or September.

Brown said the project is an opportunity for people to get excited about words, literature and language.

â€œI’m trying to effect some kind of fundamental change and I know that art and poetry can change lives and that’s what I’m trying to do to make the future possible,â€ Brown said.

The public is invited to share their ideas during a design workshop | News, Sports, Jobs