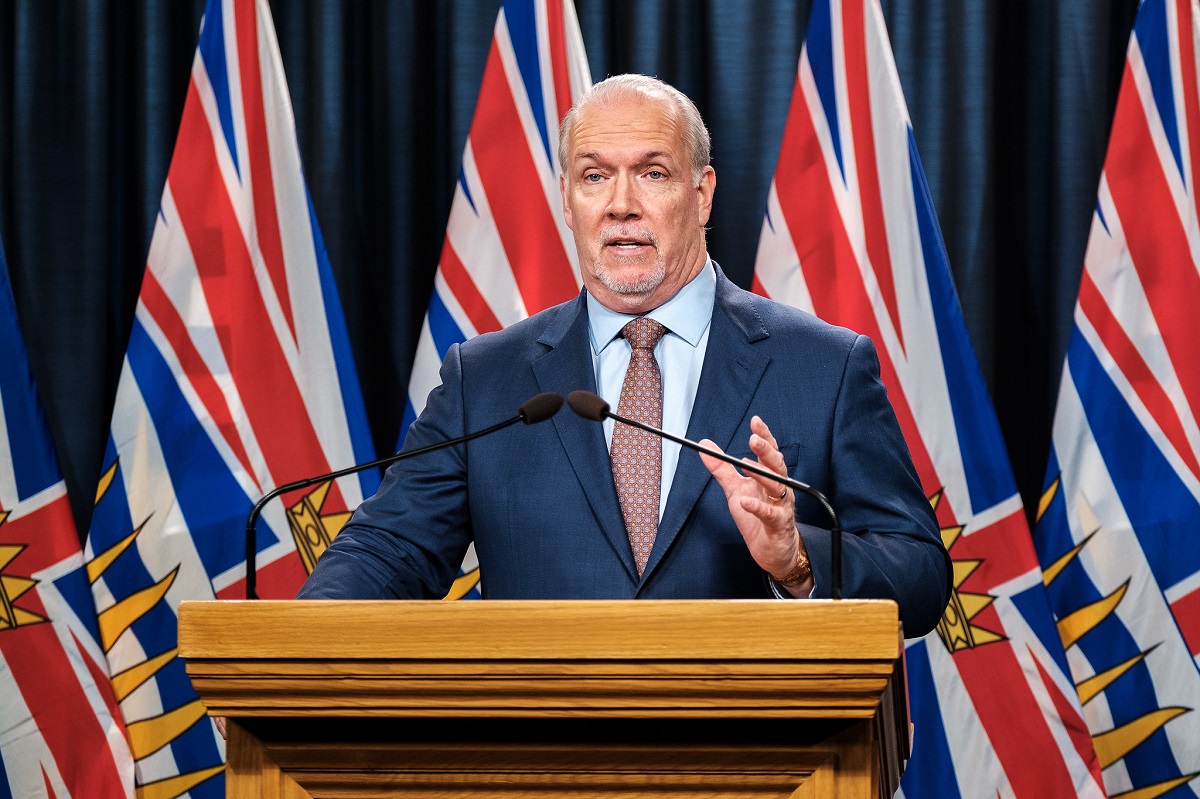 Five South Asians among the 2021 BC Achievement Community Laureates

â€œThis year’s community winners are, without exception, outstanding British Columbians who have strengthened their communities through difficult times,â€ said Horgan. â€œBecause of their commitment to causes beyond them, they have made sure that British Columbia is a better province for all of us. “

â€œIt is a special honor this year to recognize these twenty-five exceptional British Columbians,â€ added Giardini. â€œThis year’s recipients exemplify the spirit of the Community Award. Celebrating their accomplishments honors the best of our province and inspires us all to public service and excellence.

The 2021 Mitchell Award of Distinction, selected by the BC Achievement Board in consultation with the community, went to Chef Amber Anderson for her work with the HAVE Culinary Training Society.

Recipients of community awards are traditionally recognized at a formal presentation ceremony in Victoria, attended by the Lieutenant Governor of British Columbia. Due to COVID-19 restrictions, the 2021 winners will instead be celebrated online and through BC Achievement’s #shinethelightbc digital campaign. Each recipient receives a certificate and medallion designed by British Columbia artist Robert Davidson in honor of their accomplishments.

Harbhajan Singh Athwal, New Westminster
Harbhajan Singh Athwal has been a pillar of his community since arriving in Canada in 1968. After retiring from his job as a sawmill worker, where he worked for over 38 years, Harbhajan Singh took on a volunteer position as as president of the non-profit Khalsa Diwan Society Gurdwara Sukh Sagar in 2006. Through this society, Harbhajan Singh contributes to the spiritual, educational and social services offered to the community of New Westminster. In 2007, he spearheaded the creation of the Guru Nanak Free Kitchen program, providing meals to homeless people in Vancouver’s Downtown Eastside. For the past 14 years, volunteers have prepared and distributed meals to this community and others on a weekly basis. Harbhajan Singh has helped create many programs, services and workshops for young people, including scholarships for high school and university students. A devout Sikh, Harbhajan Singh follows the service to humanity path, this philosophy that underlines everything he does. Over the years, Harbhajan Singh has extended his home to many new immigrant families, and he continues to offer community and friendship where it is needed most.

Kal Dosanjh, Surrey
As a detective with the Vancouver Police Department, Kal spent a lot of time serving the Vancouver DTES area. While on patrol, Kal was exposed to the difficult realities facing the community. This experience led him to create the Kids Play Youth Foundation, a non-profit organization that gives children the opportunity to get involved in sports and other recreational activities. By creating constructive outlets, developing a sense of belonging and self-esteem, Kids Play keeps children away from a lifestyle of drugs, gangs and violence. The Foundation has also developed after-school mentoring programs with the Surrey and Langley school districts. Since its launch in 2015, more than 60,000 children have accessed Kids Play. Without a doubt, Kal’s vision is helping reshape a community while building and uplifting a generation.

Dr Balbir Gurm, Surrey
Balbir’s accomplishments both professionally and as a dedicated volunteer have inspired his colleagues and the community. A longtime advocate for women, Balbir is the founder and president of the Network to End Relationship Violence. Over the past decade, she has been a source of strength and leadership, working to break down gender and cultural barriers, facilitating collaboration between volunteers and external groups, while striving to achieve the goal. common to prevent violence in relationships. Last year Balbir wrote, Making Sense of the Global Pandemic: Violence in Relationships and Working Together for a Violence-Free Society. As a professor of nursing, Balbir is a role model for students at Kwantlen Polytechnic University, inspiring them to become other agents of change. For decades, Balbir has used education, research, and community engagement to advocate for violence prevention. She is truly a champion for women and a trailblazer within her community.

Zeba Khan, Vancouver
At just 24 years old, Zeba is an inspiring example of young leadership, vision and generosity. While studying for his bachelor’s degree in neuroscience at UBC, Zeba devoted countless hours to causes that resonated deeply. A strong supporter of equal access to health care for all, Zeba advocates for free access to menstruation care products. As the founder of Free Periods Canada, Zeba and her team have distributed over 20,000 menstrual products across Canada. Zeba is a research assistant with the Contraception and Abortion Research Team (CART) at UBC and a board member of Options for Sexual Health and works with these two groups to assess the needs of access to sexual and reproductive health care for immigrant youth in British Columbia. Through its World Awareness Initiative Foundation, Zeba provides a platform for young leaders and activists to work together. It is through this initiative that she will inspire the next generation.

Nirmal Parmar, Terrace
Nirmal moved to Terrace from India in 1969 with his young family and quickly became one of the city’s most prolific volunteers. He volunteered with the Thornhill Fire Department early on, and in 1984 Nirmal, along with a number of like-minded people, formed a new multicultural group, which eventually became the Multicultural Association of Terrace and District. Over the past 50 years, Nirmal has organized, facilitated and facilitated countless multicultural workshops for community groups and schools in the Terrace area. In 2000, Nirmal partnered with other community groups to tackle the problem of institutional racism in the workplace and in schools, which resulted in the formation of the Skeena Diversity Society. Nirmal has also been a board member and / or director of the Kermode Friendship Society, Terrace Public Library, Northern Saving Credit Union, Terrace Co-operative Association, Terrace and Area Health Council, Scouts Canada and the Vanderhoof & Districts Co-operative Association.

Letter to the editor: Thank you for your commitment