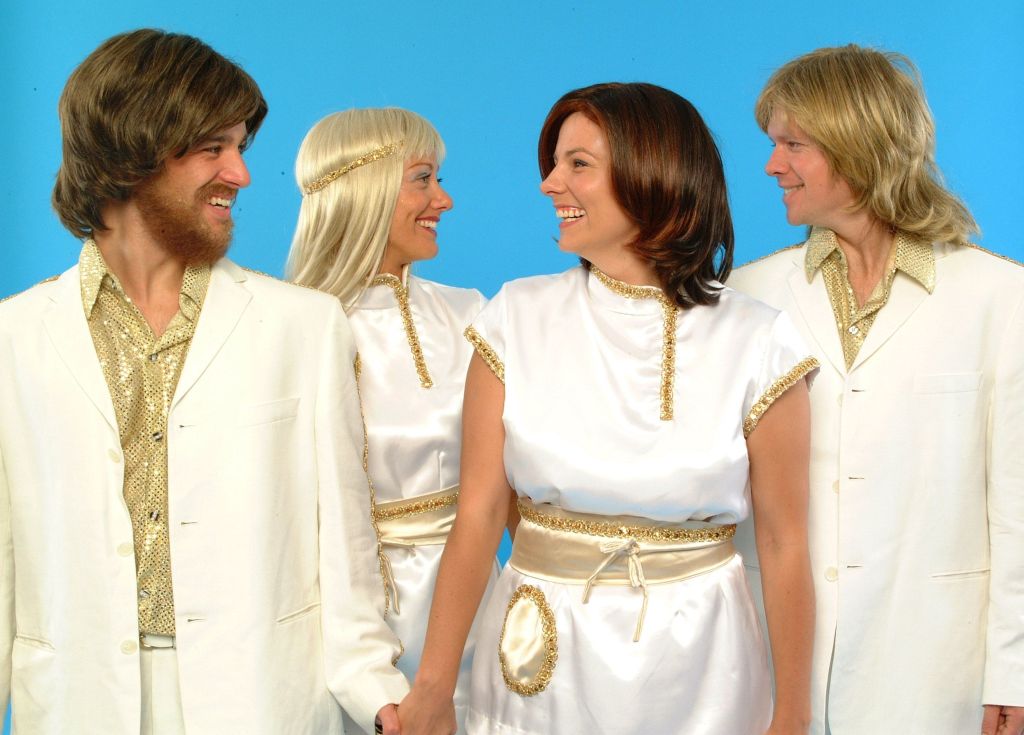 The following events are planned across the region for the coming week:

• The FABBA Show, an authentic tribute to Swedish pop sensation ABBA, kicks off a tribute band weekend at the Keswick Theatre, Glenside, with a show on Thursday at 7.30pm. Marie-Claire Follett, who lives in California but is originally from London, is the bubbly musician who plays ABBA’s Anni-Frid Lyngstad. Her husband, Andy Marshall, plays ABBA guitarist Bjorn Ulvaeus. The FABBA show, which tours around the world, features costumed performers who sing and perform dance floor classics such as “Dancing Queen”, “Waterloo”, “Take a Chance on Me”, “Super Trouper” and ” Do you want “. The show is suitable for all ages. Friday at 8 p.m. is Who’s Bad, a tribute to Michael Jackson, and Saturday at 8 p.m. is Saturday Night Fever with the New York Bee Gees, The Trammps and Bill Jolly. Monday at 8 p.m., multi-platinum singer and songwriter Andy Grammer brings his “The Art of Joy” tour to Keswick. For tickets and more information, visit www.keswicktheatre.com.

• Comedian Taylor Tomlinson brings her ‘Deal With It’ tour to the Santander Performing Arts Centre, Reading, Friday at 7pm. Tomlinson made the 2021 Forbes “30 under 30” list. His one-hour Netflix special, “Quarter-Life Crisis,” was released in March 2020. The special received unanimous praise, accompanied by nods from the Washington Post, who considered it “your favorite quarantine watch”. “This hour is definitely darker and more personal,” Tomlinson said. “‘Quarter Life Crisis’ was about being frustrated with where (I) am in life, and this new material is all about taking a hard look at who (I) am and how (I) got there. ” Tickets start at $29.75 at ticketmaster.com.

• In collaboration with Berks Jazz Fest, the KU Presents! The series features Pioneering Women in Jazz, featuring Jazz at Lincoln Center’s all-female jazz band, backing vocalists Charenee Wade, Camille Thurman, and Tahira Clayton, Wednesday at 7:30 p.m. in the Schaeffer Auditorium on campus. Kutztown University. The show tells the stories of three pioneer singers of the Jim Crow-South era in the 1960s. Bessie Smith, Billie Holiday and Nina Simone were among the most influential and popular singers of their time. Both within their music and outside of clubs and concert halls, they have exercised their exceptional talents to combat racial prejudice, sexism and poverty. These singers spoke to and for those disenfranchised as women, African Americans and artists. Tickets are $40; $34 for students and seniors and can be purchased at www.KutztownPresents.org or by calling KU Presents! Box office at 610-683-4092.

• SoulJoel’s Comedy Club at Westover Golf Club, Jeffersonville, kicks off the weekend with a double-headlining Valentine’s Day show Friday at 7 p.m. featuring Meghan Hanley and Tim Krompier. Hanley is a nationally touring Brooklyn-based stand-up comedian, as well as the producer, writer, and star of the popular web series “Sports Tabata.” She has appeared on AXSTV’s “Gotham Comedy Live”, The MSG Network, DreamsTv, “Laughs” and Fox’s “Red Eye”. In November 2021, she filmed a Dry Bar Comedy Special which will be released this year, featuring her debut comedy album, “This Happy”. Krompier’s comedy mixes autobiographical wit with physically charged character work and the aging self-deprecation of a frat boy. He was recently featured on MSG Network’s “The Bracket” giving his witty and educated commentary on New York sports. Saturday, Tim Meadows headlines at 7 p.m. and 9:30 p.m. Meadows is a stand-up actor and comedian best known for his 10 seasons on “Saturday Night Live,” where he created iconic characters like The Ladies Man, which also led to a spin-off movie. He has collaborated with SNL alumni Will Ferrell, Adam Sandler, Tina Fey, Judd Apatow and Andy Samberg on hits such as “Mean Girls”, “Walk Hard”, “Grown-ups”, “Trainwreck” and “Popstar “. For tickets and more information, visit souljoel’s.com.

• The Miller Center for the Performing Arts at Reading Area Community College presents twin venerable rock acts, Firefall and Pure Prairie League, Saturdays at 8 p.m. , creating a sound all their own with major hits like “Just Remember I Love You” and “You Are the Woman”. Pure Prairie League, formed by singer/guitarist Craig Fuller in 1965, is best known for its 1972 hit, “Amie,” one of the most beloved country rock songs of all time. Other hits included “Bustin’ Out”, “Two Lane Highway”, and “If the Shoe Fits”. Concert tickets are $55 at millercenter.racc.edu.

• Ardmore Music Hall celebrates the music of The Cars, REM, Dire Straits and Hot Tuna with a concert featuring Concrete Charlie, Janice Is Gone, Mas Tequila Orchestra and Not Tuna Thursdays at 7:15 p.m. Fridays at 8 p.m. Beatles music is featured in Come Together: A Tribute to Abbey Road, with Andrew Lipke, Andrew Napoli and others. For tickets and more information, visit ardmoremusichall.com.

• Kennett Flash presents Chris Fabiano—Paradigm of Mystery on Fridays at 8 p.m. and Bettye LaVette with the full band on Tuesdays at 8 p.m. Fabiano has been doing magic for over 20 years. He specializes in mind reading and psychological illusions, and his new show is a journey through the classics of magic with unexpected twists around every corner, blending magic, mentalism and comedy. Saluted by The New York Times as “one of the great soul performers of her generation”, LaVette is a singer who can take any type of song and make it completely her own. At 76, she still performs with the ferocity of a woman half her age and is one of very few of her contemporaries who was recording when soul music was born in the 1960s and still creating today. vital records today. Her latest, “Blackbirds,” is her tribute to black female singers of the 1950s. For tickets and more information, visit kennettflash.org.

• The Colonial Theater in Phoenixville presents You and Me Tour: An Evening with Drew and Ellie Holcomb on Saturdays at 8:00 p.m. on tour with Drew Holcomb & The Neighbors. The group has supported numerous national tours, including The Avett Brothers, NEEDTOBREATHE, Don Henley and Willie Nelson. Ellie is no longer a touring member of The Neighbors and has found success in a solo career as a Christian singer-songwriter, winning two Dove Awards and topping the Billboard charts. On Sunday, the Colonial presents an alternative to the Super Bowl with Horror Bowl 2: Total Tom Atkins.
This year’s mini-marathon pays homage to Atkins by featuring three of his films: ‘Night of the Creeps’, ‘The Fog’ and ‘Halloween III: Season of the Witch’. For tickets and more information, visit thecolonialtheatre.com.

• Building a Better Boyertown presents a new event, Beary Loved: A Valentine’s Stroll Through Boyertown, Saturdays from 1 to 5 p.m. in downtown Boyertown. Aimed at couples, the event will include musical artists and dancers stationed in the streets, curbside poetry, caricatures and silhouettes of couples, a Lover’s Lane and Tunnel of Love for photo ops, and a pop-up bar with Valentine’s-themed drinks. For more information, visit www.boyertownpa.org.

• Historic Dreibelbis Farm, Route 143, Virginville, Berks County, hosts a German Pennsylvania Ice Harvesting Demonstration on Saturday at 2 p.m. pond. Discover how the ice was transported and loaded into the cooler. There will be a team of draft horses for wagon or sleigh rides, a bonfire, light refreshments and hot chocolate. Admission is free and only blizzard or heavy rain conditions will be waived. Participants should dress for the weather and be able to walk on muddy or slippery farm roads. For last minute information, call 610-451-1193.

The Ucross Foundation is set to change direction this spring