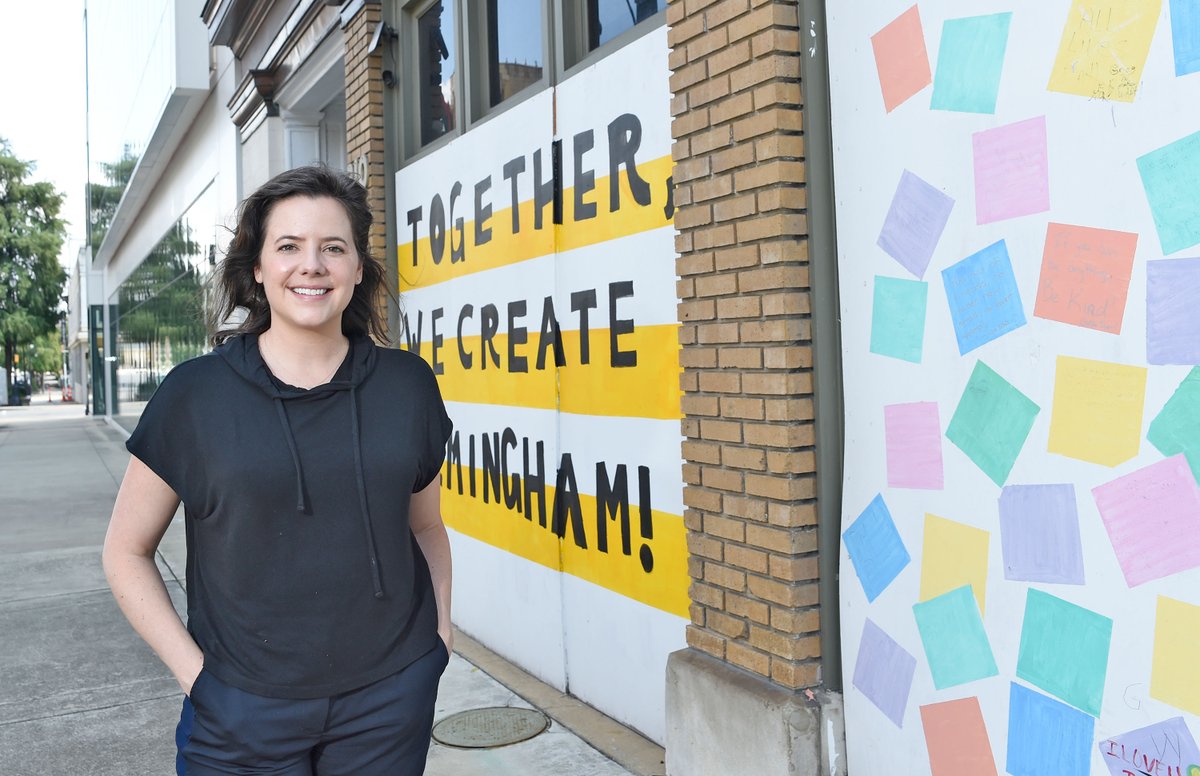 Creatives and entrepreneurs have had a huge impact on Birmingham, helping to bring positive attention to the city’s food, music and other amenities, as well as its tech scene.

â€œMore than any other force, it was the growth of our creative sector that drove Birmingham’s recovery from the Great Recession,â€ Buddy Palmer of Create Birmingham told Iron City Ink in January.

This sector has given Magic City “an authentic and exciting new presence – recognized in major national media,” said Palmer, who has since retired.

He left Create Birmingham – a nonprofit arts and culture advocacy and planning organization – on August 1 after serving 13 years as president and chief executive officer.

There is an argument to be made that Create Birmingham has done as much as any organization in Birmingham to stimulate the development of artists, conservators, technicians and other entrepreneurs in the commercial and non-profit creative sectors. .

Since the start of the pandemic, the organization has also offered numerous online training and workshops, including the recent â€œBusiness of Creationâ€ series.

Bridgeman, who took over on July 15 and worked closely with Palmer to ensure a smooth transition, has a diverse background in performing, arts administration and workforce development. artwork.

She considers the job at Create Birmingham to be a perfect fit for her.

“It’s just a perfect combination of my skills and my passion, and I think every time you bring those two things to the table with your ears open, something good can come out of it,” she said. told Iron City Ink.

â€œI was so impressed with her,â€ Palmer said, referring to the two and a half weeks he and Bridgeman worked together during their summer transition.

Bridgeman also has the ‘right sensitivity’ to understand where Create Birmingham is coming from and help her move into the future by working with the community ‘to determine what the future needs are and how Create Birmingham can play a role in making it happen. satisfaction of these needs â€.

A native of Huntsville and a dancer, Bridgeman attended middle school at the Alabama School of Fine Arts, but graduated from high school through a distance education program at the University of the Indiana while dancing at the Alabama Ballet.

After moving from performance to arts administration, Bridgeman spent a decade as artistic director and COO of the San Angelo Civic Ballet in San Angelo, Texas.

She also received degrees in sociology and philosophy from Angelo State University around 2010 while leading the ballet company.

During her dancing career, Bridgeman has held a wide variety of roles: student, professional dancer, director, teacher, administrator and choreographer.

â€œSo, playing each role, I fully understood from start to finish what it takes to make a dancer, to run a dance company, to have a vision of the choreographer,â€ said Bridgeman. “It just gave me a full toolbox, a very knowledgeable perspective on the art of performance and how we nurture and support it.”

At Southern Methodist University, Bridgeman earned both an MBA and an MBA, continuing to expand his knowledge and experience.

“It was the marriage of two worlds, and I felt at home bringing my artistic and cultural knowledge while being immersed in the corporate environment,” she said in the Create newsletter. Birmingham.

Bridgeman then lived in Dallas and was vice president of social enterprises for Per Scholas, based in Bronx, NY, a nonprofit that works to promote economic equity and provide jobs for undervalued talent. in the technology sector.

In the Create Birmingham work, Bridgeman saw a “miraculous combination of my passions and skills”.

When speaking to Iron City Ink in August, Bridgeman said she is still settling into her job and getting back to the city.

However, she suggested local arts and culture sectors that perhaps deserve more promotion, including visual artists, writers, and people who run makerspaces.

The film industry could also flourish in the city, Bridgeman said.

“There could be some exciting growth opportunities there as we see Georgia become more and more saturated,” she said, noting that Birmingham city center has many historic buildings intact to use. for filming.

Overall, she is optimistic about the future.

“I think the arts and culture sector will continue to attract more attention,” she said.

Regarding her immediate goals as the head of Create Birmingham, Bridgeman said she wanted to do a â€œlistening tour and meet my creative colleagues, entrepreneurs, business owners, executives, individual artistsâ€.

She said she had focused “on reaching out and meeting different members of the community, as well as people in economic development.”

In addition, Bridgeman, staff and board will review Create Birmingham’s five-year strategic plan.

â€œI want to understand what the needs of the community are and how we can increase our reach without losing any of our depth,â€ she said, referring to the organization’s precious one-on-one time spent with creatives and entrepreneurs.

Presented by our paper brother: ironcity.ink