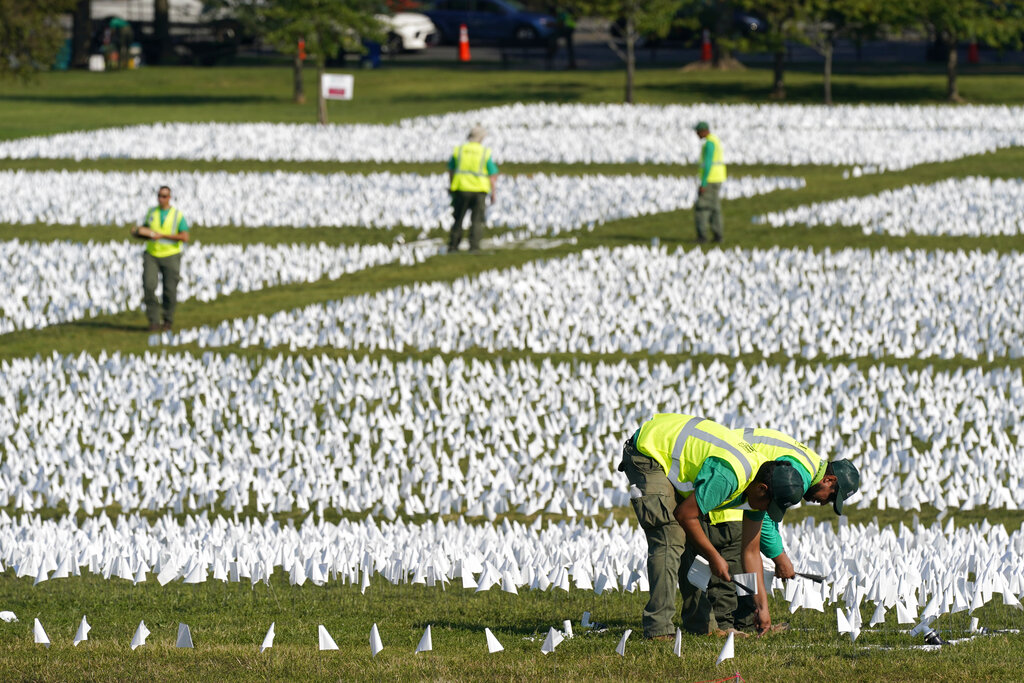 To get Morning Links delivered to your inbox every day of the week, subscribe to our Breakfast with ARTnews newsletter.

WO KEY UNIVERSITY MUSEUMS OF ART HAVE NEW LEADERS. In New Orleans, Tulane University tapped Maurita poole be the sound director Newcomb Art Museum. Poole comes from Clark University of Atlanta, where she was director and curator of her art museum. She said in a statement that the Newcomb “is a great place to explore how the visual arts can help alleviate suffering and promote social change.” Meanwhile, in Minneapolis, Alejandra PeÃ±a-GutiÃ©rrez was hired to lead the University of Minnesota‘s Weisman Art Museum. PeÃ±a was driven on Ponce Art Museum in Puerto Rico since 2013. She will take up her new role in November, succeeding King Lyndel, who retired in 2020 after nearly 40 years at the helm.

A FRIDAY ARCHEOLOGY DIGEST: Researchers believe animal bones found in a cave in Morocco were used more than 90,000 years ago to make clothing, according to the Courthouse News Service. In a new study, they write that the material represents “highly suggestive indirect evidence of the earliest garments in the archaeological record.” In North Carolina, NPR reports, archaeologists are undertaking a series of new excavations in an attempt to locate the lost colony founded by Sir Walter Raleigh in 1587. Its more than 100 inhabitants quickly disappeared, leaving almost no trace. And the life-size stone carvings of camels that were unearthed three years ago in Saudi Arabia may be older than previously thought, Smithsonian magazine reports. The first estimates put them at 2,000 years. Chemical analysis and other research methods now suggest they are at least 7,000 years old, making them older than the Giza pyramids in Egypt.

More than 660,000 white flags – one for every person in the United States who have died from Covid-19 – have been installed on the National shopping center in Washington, DC, as a facility for Suzanne Brennan Firstenberg. It will be visible for 17 days and flags will be added as people die. Recently, some 1,900 coronavirus deaths have been reported daily in the United States [Roll Call]

A new identified Vincent Van Gogh drawing is presented in public for the first time, at the Van Gogh Museum in Amsterdam. The piece is on loan from an unidentified collector who asked the museum to inspect it. “It is quite rare that a new work is attributed to Van Gogh”, the director of the museum, Emilie Gordenker, said in a statement. [ARTnews]

New York’s alternative space The Food is embarking on a $ 28 million fundraising campaign over the next five years that will include a renovation to its Chelsea home. The architectural firm Rice + Lipka will take care of the work; $ 19 million has already been raised. [Artforum]

Damien hirst recently gave Duck a pair of Nike Air Force 1 painted in a style reminiscent of his “Spin” paintings. Judging by the photos Hirst posted on Instagram, the musician appreciated the gift. The cover art for Drake’s latest album was made by the formaldehyde lover artist. [Hypebeast]

Toronto is the last city to have a gallery weekend. A total of 22 spaces are participating in the inaugural edition later this month, which was launched by the Association of Contemporary Art Galleries. Montreal got theirs back in June. [Ocula]

EAT YOUR HEART. Next week, Basel Art will open in Switzerland for the first time in more than two years, with some 270 dealers. Jeffrey Deitch, from New York and Los Angeles, presents a doozy of a sculpture in its section for large-scale works, Bloomberg reports: Urs fischer‘s classic 2004 Untitled (Maison du pain) . True to its name, the work is a bread house (around 2,500 loaves of bread). In an interview, Fischer said that when he premiered it in Vienna, not everyone was won over by it. â€œAustria is a very Catholic country, and everyone there thought the bread was somehow the body of Christ,â€ he said. The price of the work is “of the order” of $ 3 million per Deitch. [Bloomberg]

Mandalas: circles to discover yourself – Lowvelder