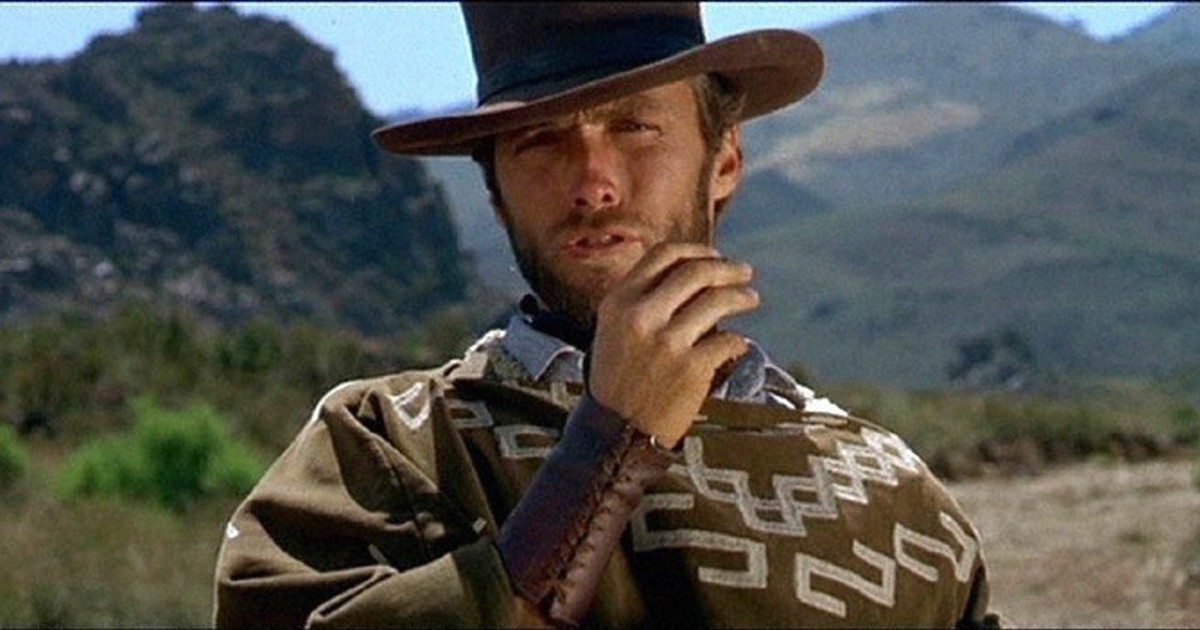 I recently reviewed the three spaghetti western classics, “A Fistful of Dollars,” “For a Few Dollars More” and “The Good, the Bad and the Ugly” – known collectively as “The Dollars Trilogy” – films that have resonated in my imagination for a long time.

It is well known that “A Fistful of Dollars” was an unauthorized reworking of Japanese director Akira Kurosawa’s much-loved film, “Yojinbo” (“The Bodyguard”). Still, if you think about what director Sergio Leone got the most out of Kurosawa in the trilogy, then it seems less to copy the character and plot of his opening film than to allow Kurosawa’s conceptual ideas of gradually inspire Leone in unique and interesting ways.

In “Yojinbo” – a film about a masterless samurai playing two clashing servant houses against each other – Kurosawa boldly satirized pre-modern Japan’s most important value system: the code of loyalty feudal, the idea that absolute, unconditional obedience to a feudal lord was the greatest virtue of the samurai.

Confucian ideals of loyalty underpinned the entire power structure of the Edo period (1603-1867) in Japan and effectively continued into the modern era, transferred in the Meiji era (1868-1912) to submission to the nation-state, and finally in the post-war era dedication to Japanese enterprise.

Yet Kurosawa’s anti-hero, memorable played by Toshiro Mifune, is not a self-sacrificing samurai from the pages of classic plays like “The 47 Faithful Servants” but rather a pragmatically self-interested and self-reliant man. , completely indifferent to “loyalty” and casually reversing his services between rival clans as and when he feels like it.

In “A Fistful of Dollars” (1964), Sergio Leone mostly stayed true to the plot of the Kurosawa original, simply transposing the action of a Japanese village to a town in the Old West and retaining the claustrophobic atmosphere. . It’s always the story of an enigmatic loner moving from loyalty of one scheming clan to another, but in the Old West – where vigorous individualism reigned supreme – the trampling of the concept of “loyalty” does didn’t have the same iconoclastic feel as it had. in Japan.

Yet in subsequent films Leone began to explore how his modern view of the West could be used to subvert uniquely European value systems in the same way that Kurosawa satirized traditional Japanese value systems.

In “For A Few Dollars More” (1965) – while retaining the same stylized shootouts, degenerate-looking character cast, opera elements, and the enigmatic lead character like “A Fistful of Dollars” – we have a narrative line that is informed not by Japan but in reaction to the suffocating Catholic moral order of Leone’s own native Italy.

Two competing bounty hunters (played by Clint Eastwood and Lee Van Cleef) join forces to take down a whole bunch of outlaws. What really strikes you is the pictorial manner in which director Sergio Leone frames the assembly of bandits in an abandoned church to resemble the structure of Renaissance religious works of art, such as the famous portrait of Leonardo from Vinci from “The Last Supper”.

Indio, the leader of the bandits and his 12 accomplices, are positioned in the center of the church like Jesus and his twelve disciples, subdivided into groups of three. Indio, a pathological killer, is a sort of anti-Jesus who takes the chair to tell his men about the next daring crime they are about to commit. In their midst comes the bounty hunter character from Eastwood, pretending to be a bandit, although in reality a Judas among them.

If Kurosawa has overturned the popular concept of “loyalty” at the heart of Japan’s moral order, then Leone has overthrown the “moral authority” of Catholic Europe. Judas, the ultimate villain of European civilization, is here transformed into Leone’s angelic hero, while “Jesus” and his apostles are transformed into villains.

Before the bandits rob El Paso’s bank, they enjoy a “last supper” together, breaking bread and drinking wine in bursts. “For a few dollars more” tells of a systematic hit on the central icons of Christianity, eliminating one by one the bandit apostles, until all we have left is the “anti-Jesus” Indio (played by Gian Maria Volonte), shot through the heart by Colonel Mortimer (Van Cleef) who reads the Bible.

Can you really get away with wiping out “Jesus” and all of his crew? Won’t you meet your comeuppance and hold on to a gallows like Judas? Upon entering the world of “The Good, The Bad and the Ugly”, we discover Blondie (Eastwood) and a new accomplice, Tuco (Eli Wallach) performing a scam that involves Tuco outlaw being repeatedly handed over. for a reward and brought to the point of being hanged for crimes, before getting the noose pulled around his neck at the last minute by crack shot Blondie. As if to taunt the immortal Christian legend of remorse and divine retribution, these “Judas” (who soon begin to betray themselves) continue to survive and tenaciously cling to life, trying to retain the generosity they share. .

If you were to ask, “What is the central message of Catholic Europe, embodied in its antiquated works of art?” then it would be this: Give up all worldly desires and golden dreams because the grave is gaping for you. The ephemeral of life, the folly of worldly ambition and the need to prepare for the hereafter is the key message that permeates not only all religious art in Christendom, but all secular works, still lifes in portrait.

In Leone’s vision, when at the climax of the film we reach the seemingly infinite metaphysical graveyard, with identical crosses extending in all directions in which the two “Judas” Blondie and Tuco are circled, we know that we are. at the climax. The music rises to new heights of ecstasy as Tuco, mesmerized and uncontrollable, feels giddy with excitement at the thought of reclaiming the gold that is contained in the main tomb.

The whole religiously moral universe has been overturned and reconfigured as Ennio Morricone’s music – with its pagan barks, animal rhythms and choral crescendos – crashes in waves, again and again. In this arena, gold is not offered to enter the tomb; on the contrary, gold is mined from the tomb to give luxury and meaning to life itself.

Kurosawa’s genius is widely recognized in film circles, but the slightest appreciation of Leone belittles his accomplishments. Leone took two very different and alien influences as a starting point, merged them, reinterpreted them, and then used them as Gothic buttresses in a cathedral of ideas that allows him to reimagine the structure and restrictions of Western religion and how she judges fallible mortal men. , pitting them against each other, rejecting trinkets only to gain holes in their hearts. Leone knows a thing or two about sin, guilt, redemption, and the drama that plays out on the verge of the grave: “The Dollar Trilogy” is his masterful altarpiece.

In this column, Damian Flanagan, researcher in Japanese literature, wonders about Japanese culture during his trips back and forth between Japan and Great Britain.

Damian Flanagan is an author and critic born in Great Britain in 1969. He studied in Tokyo and Kyoto between 1989 and 1990 while a student at the University of Cambridge. He was engaged in research activities at Kobe University from 1993 to 1999. After completing master’s and doctoral courses in Japanese literature, he obtained a doctorate. in 2000. He is now based in Nishinomiya, Hyogo Prefecture and Manchester. He is the author of “Natsume Soseki: Superstar of World Literature” (Sekai Bungaku no superstar Natsume Soseki).