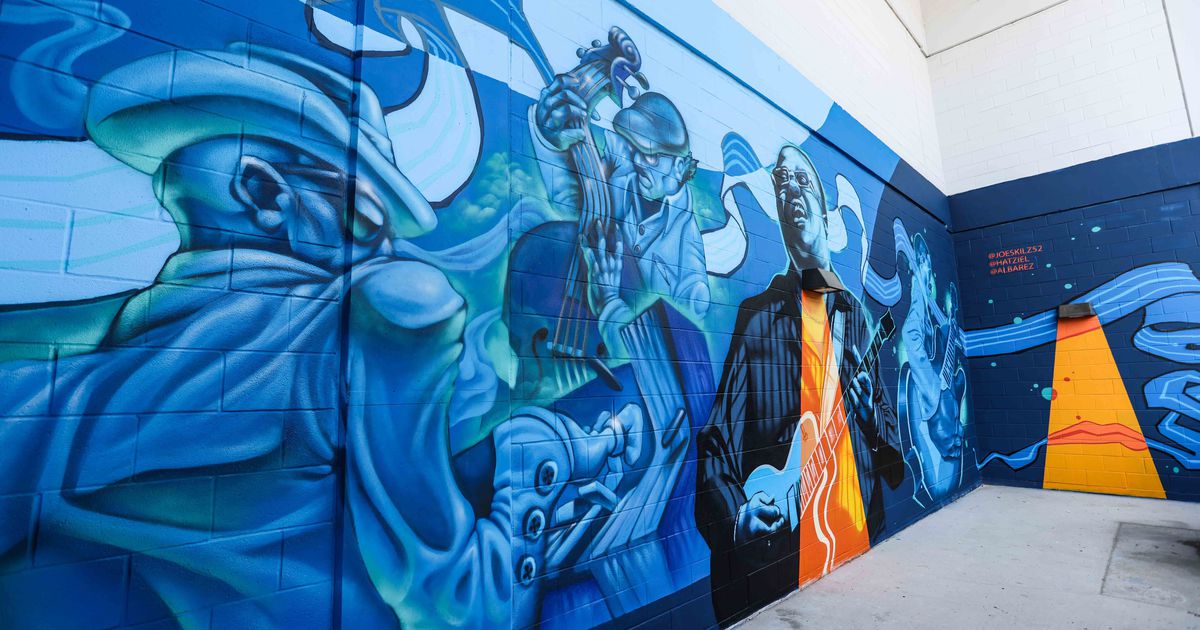 A new set of murals in Deep Ellum showcases the talent of local artists and recognizes the area’s blues history in ways few other neighborhood projects have.

The 16-foot-tall murals, 10 of which make up the project, color the south facade of The Stack building along Clover Street.

Freddie King and T-Bone Walker appear in the murals, as do more obscure musicians like Zuzu Bollin and Andrew “Jr. Boy” Jones. Lightin ‘Hopkins is presented with an excerpt from the sheet music of the traditional American song “Deep Elem Blues”, which has been covered by artists such as Jerry Lee Lewis, Les Paul and the Grateful Dead.

Although the neighborhood is teeming with hundreds of murals, few recognize its heritage as a launching pad for musicians working in the uniquely American genre.

â€œThere have been so many businesses in Deep Ellum and part of the story is relegated to small plaques and big stories of what it used to be,â€ said artist Izk Davies. â€œThere has to be a strong presence on how it all started. “

Davies painted a mural inspired by the album cover of Dallas soul singer N’Dambi’s debut album in 1998, The blues of the lost little girl.

â€œThey put up random murals, but Deep Ellum has a history of blues and artists. It is important that local artists paint local musicians to represent how this happened.

The project was funded by the real estate group behind the building The Stack, organized by the Deep Ellum Foundation and organized by artist spouses Cathryn and Dan Colcer.

It runs along the block behind The Stack building that those involved have dubbed Blues Alley.

Dan Colcer first visited Deep Ellum in 2008 after immigrating to the United States from Romania. He expected to see blues musicians, but instead the neighborhood was full of muralists.

â€œI wanted to combine the old blues musicians with the new muralists,â€ said Colcer, who had been trying to make Blues Alley a reality since 2010.

The artists had to color the murals “85% blue” – and not just with reference to the genre. The idea, says Colcer, came from other cities like Chefchaouen, Morocco, which is known for its blue buildings and alleys. Blue paint jobs are also common on houses in Romania, he said.

â€œIt’s hot and they use blue colors to keep cool,â€ he said.

The project could grow, as owners of other buildings have expressed an interest in participating. The Colcers want Blues Alley to expand eastward and ultimately cover three blocks.

The director of the Deep Ellum Foundation, Stephanie Hudiberg, said more murals are planned for the fall. She is also hoping to secure state funding through the Texas Commission on the Arts to add vibrant lighting to the lane.

â€œWe’re trying to create a cultural landmark that tells the story and the diversity of the neighborhood,â€ said Cathryn Colcer.