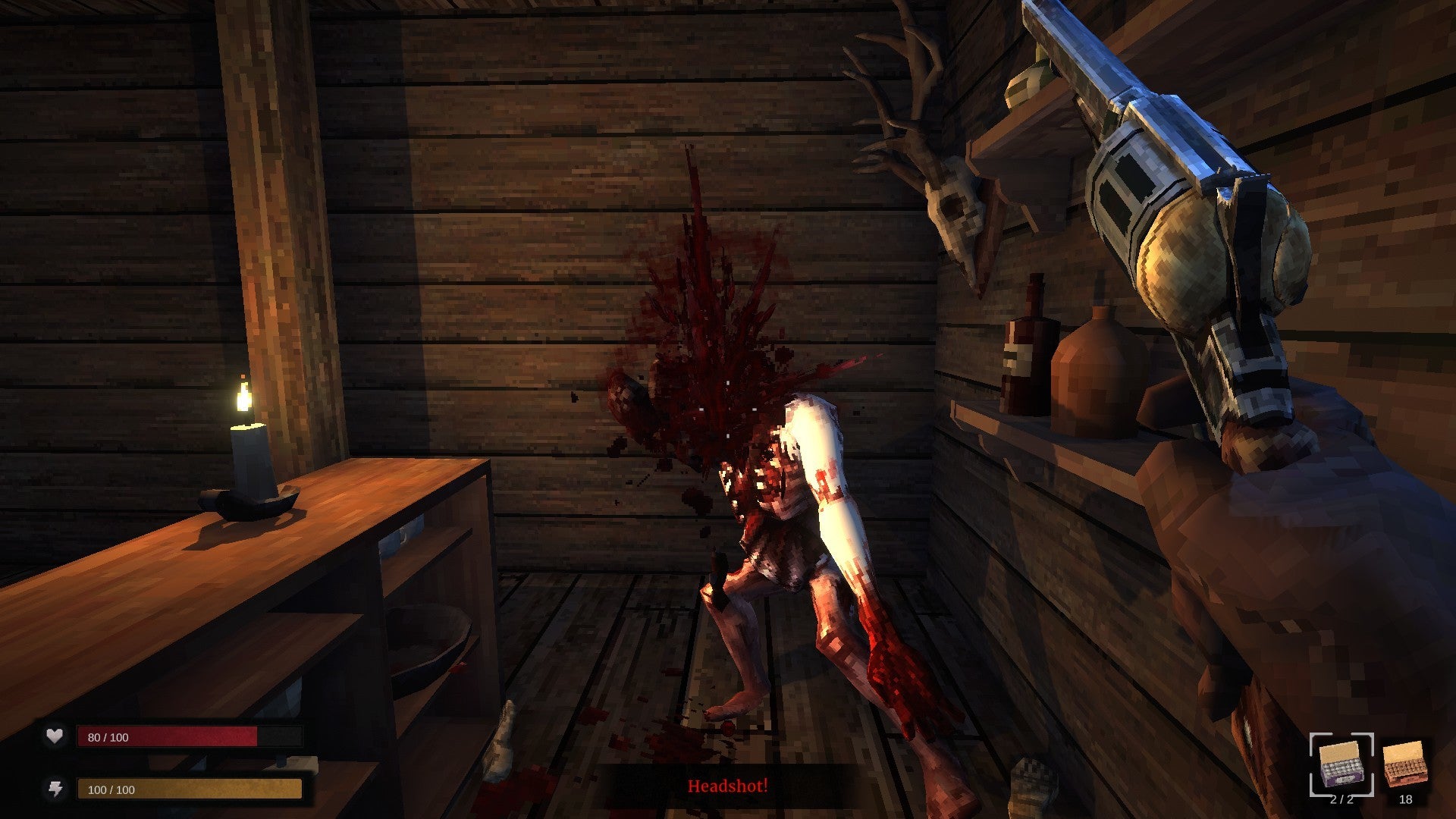 Blood West is a scary western with good ideas

Death is an integral part of video games. Not in a fancy, fancy conceptual way, but as the default fail state in most action games. Even when it’s not explicitly mentioned as such by the game, we talk about dying, about losing lives. At the same time, the attitude towards death is rather relaxed. You die, you restart, you try again. No problem, until a story beat snatches a beloved NPC from you. (Aeris! *sob*)

While some games have played with this, adopting death as a gameplay mechanic, like Planescape: Torment, or rejecting it entirely, like Fable 2, the big shake-up to dying in games came with Dark Souls and its pals. Suddenly death mattered more than just loss of progress. I won’t go into detail, for fear of accusations of Soulsborne stealth items, but if you’ve carefully traversed a difficult area to recover your lost Souls/Echoes/Rings, you’ll know what I mean.

Thing is, it’s been a while, and this approach is getting a bit stale. Did he really need to be in Tunic? Like Anor Londo, it’s beautiful, but stagnant. We need a new approach to blast old clogs. This is where Blood West comes to town, all cocky gunslinger swagger. Death is a big part of the game, not least because that’s how you start out, a freshly raised (undeasperado) undead desperado, tasked with collecting golden artifacts cursed by the (supposedly) benevolent spirits who have brought back to the land of the living. Since they did it once, they can do it again, making death a very temporary state of affairs.

Perhaps surprisingly, you don’t drop anything when you die. No loot to collect, no experience points lost, nothing. On the other hand, resurrection isn’t a simple task (apparently I don’t have extensive training in the necromantic arts) and you come back with a flaw. Just a minor at first, a small health debuff perhaps, or a penalty to your stealth ability. Each time you die, it gets a little worse, and after three kills, blossoms into a real curse with a much stronger effect.

Here’s the really clever bit. You’re not stuck with the curse for good. The powers that lifted you from the grave can also lift a curse, once it is fully active. There is no cost involved, but you must complete a task as a symbolic part of the curse breaking ritual. They’re pretty straightforward – kill a few of a certain enemy, get a bunch of headshots, that sort of thing, but they create a pretty nice gameplay loop as you fix your dodgy body and soul. Dying still hurts as some of the enemies you downed will respawn when you do, but it also gives you a chance to sell loot and stock up on ammo, maybe go to your stash and grab different weapons and try another approach.

Simple systems that just work are common in Blood West. When sneaking, you get a visibility meter that populates if you’re seen or heard by an enemy, with icons to indicate which is the case and where the enemy in question is. When it fills up, you are spotted. Really simple and, I imagine, a far cry (no pun intended) from the stealth mechanics seen in the most triple AAA games, but it works. It’s the same with visuals, sound effects, voice acting. Nothing to set the world on fire, but it all comes together to form a cohesive whole that, even in Early Access, absolutely understands the mission and does it.

It’s rootin’ and tootin’, what about shootin’? Satisfying, in a word. The weapons on offer, axes, knives, bows, shotguns and the ubiquitous six shooters, won’t come as a surprise, although there are supernatural versions with some cool abilities, but they’re a lot of fun to use. Enemies are quite tough and exploding will eventually eat away at your ammo supply. Or with you being eaten. Or both. At the same time, they’re generally vulnerable to headshots and sneaky melee attacks, with even a basic revolver loaded with standard ammo being able to take out most enemies with a single shot. This makes all the little upgrades and skills you buy as you level up really meaningful.

I’m especially in love with the ability that gives you a brief moment of slowdown when aiming your weapon’s sights. Again, it’s nothing original or earth-shattering, but in a game where good aim is the difference between one-shot kill and emptying your whole cylinder on a ghoul that always eats your face, it’s a huge help and it’s really cool, every time.

I should probably point out, just to avoid confusion, that this isn’t Weird West, the western immersive sim of supernatural horror with a strong penchant for stealth. This is Blood West, the Western immersive supernatural horror sim with a strong bent on stealth. Granted, they’re pretty easy to tell apart, since Blood West is an FPS, but that’s part of the game’s biggest problem, which is visibility.

Not only did it show up in early access just weeks before the release of a game that looks very similar on paper and had a high-profile launch on Game Pass, but it’s a retro shooter for a time when there’s has a lot of retro shooters and it doesn’t really stand out from the pack. I love a good immersive sim, but I’m pretty chill with first-person shooters these days and it was only a friend’s recommendation that brought Blood West to my attention. That’s why this article exists, I wanted to return the favor and draw your attention to the game. Go check it out and a few months later you can enjoy being an insufferable hipster because that you played Blood West before that’s cool.