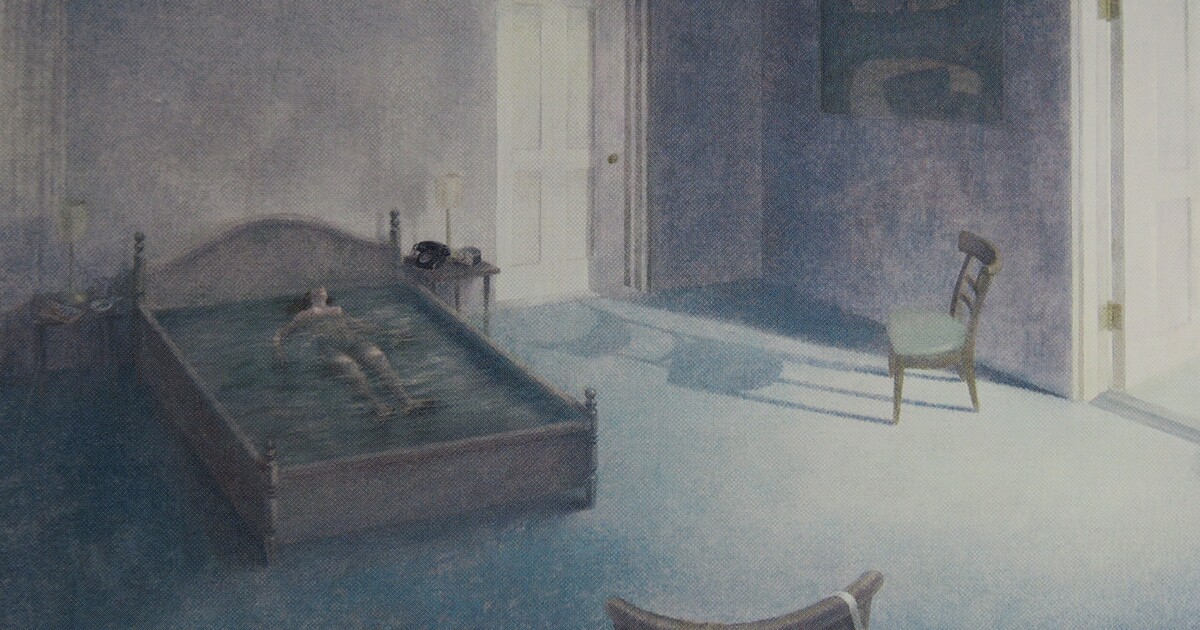 At SDMA, local surrealist Ethel Greene gets her due as part of a thematic restructuring of the Balboa Park museum

The Los Angeles Times once called “one of the most important painters in San Diego County”, and a former curator at the San Diego Museum of Art once described her as “a grande dame of great American artists”.

Despite these descriptions, a quick Google search for San Diego artist Ethel Greene yields very little information, let alone for her actual work of art. But for those who knew her, collected her work, or even came to discover her after her death in 1999, there is a feeling that she was not just an artist who was ahead of her time, but one who wasn never got her due while she was alive.

“To be frank, she’s not that well known, even in San Diego,” says Anita Feldman, associate director of curatorial affairs and education at the San Diego Museum of Art (SDMA). “I think it’s good, however, to show local artists. She is an important artist who conveys things that are still relevant today.

There is reason to hope that Ethel Greene’s legacy can soon begin to be revisited thanks to SDMA’s efforts to include three of his paintings in what Feldman calls a “reimagining” of the modern art gallery. and contemporary of the museum, as well as of its art. from the Gallery of the Americas. This includes a restructuring of the art itself, with the works now presented thematically rather than chronologically. According to Feldman, this will allow “dialogues with artists from different decades and different backgrounds.” Themes include “social awareness”, “identities” and “spirituality”.

On loan from Sandy and Bram Dijkstra’s collection, Ethel Greene’s three pieces are beautifully representative of his surrealist-inspired style. This style is most clearly conveyed in “Waterbed” (1970) and “Skyscape with Landscape” (1978). The previous work, which features a woman floating in a bed of water inside a bedroom, certainly seems to come out of a dream.

“I find this one the most touching. It has to do with the depression and the feeling of isolation of the artist, which sinks into the world around him, ”explains Feldman. “In terms of capturing that kind of mental state, it’s really effective.”

Former Union-Tribune art critic Robert Pincus wrote several articles on Greene in the 1980s and 1990s. He remembers her as an artist artist and someone who seemed satisfied. to produce work and live out his days in his house designed by Lloyd Ruocco in Spring Valley.

“For me, she was truly a thoughtful painter. She obviously loved surrealism, but she saw it through her own prism as a way to tell the things that interested her, ”says Pincus, who adds that he never felt she was bitter not to not be as recognized as some of his peers. like Robert Irwin and John Baldessari.

“From my perspective, I think she got some recognition locally, but it wasn’t national,” Pincus says. “I think the local artists, the people she invented with or even the artists later, really respected her a lot.”

Still, Feldman sees the addition of Greene’s pieces to SDMA as a further step in recognizing a local talent that may have been overlooked in favor of some of his male contemporaries.

“I think in general, women artists are getting more and more recognition these days,” says Feldman. “It has become a real subject for museum exhibits: watching the unsung heroes of different generations of female artists who have generally been overshadowed by men.”

Feldman predicts that the restructuring of the modern and contemporary gallery will be completed by December 1. In addition to Greene’s pieces, Feldman says there will now be an “exceptional” area of ​​Latin American art, which will include pieces by Diego Rivera, Rufino Tamayo, José Clemente Orozco and Alice Rahon.

Faith Ringgold, another artist with ties to the region on display, this time in the Art of the Americas gallery, is best known for her impressive narrative quilts and who previously worked as a professor of visual arts at the University of California at San Diego. One of those hand-painted and sewn quilts, “Seven Passages to a Flight,” explores both “personal and broader themes about race and history,” according to Feldman. The quilt will be on view until February, when it will not be shown for another five years due to conservation protocols.

Another highlight of the modern and contemporary gallery is “The Hammer and Sickle (and the Unborn Child)”, a plaster body cast worn and painted by Frida Kahlo circa 1950. Feldman describes the cast, which features symbols expressing Kahlo’s political beliefs, as well as a depiction of a fetus with a severed umbilical cord, as “intimate” and “personally powerful.”

“There are going to be big changes in these galleries,” says Feldman. “We think people will find them exciting.”

Combs is a freelance writer.