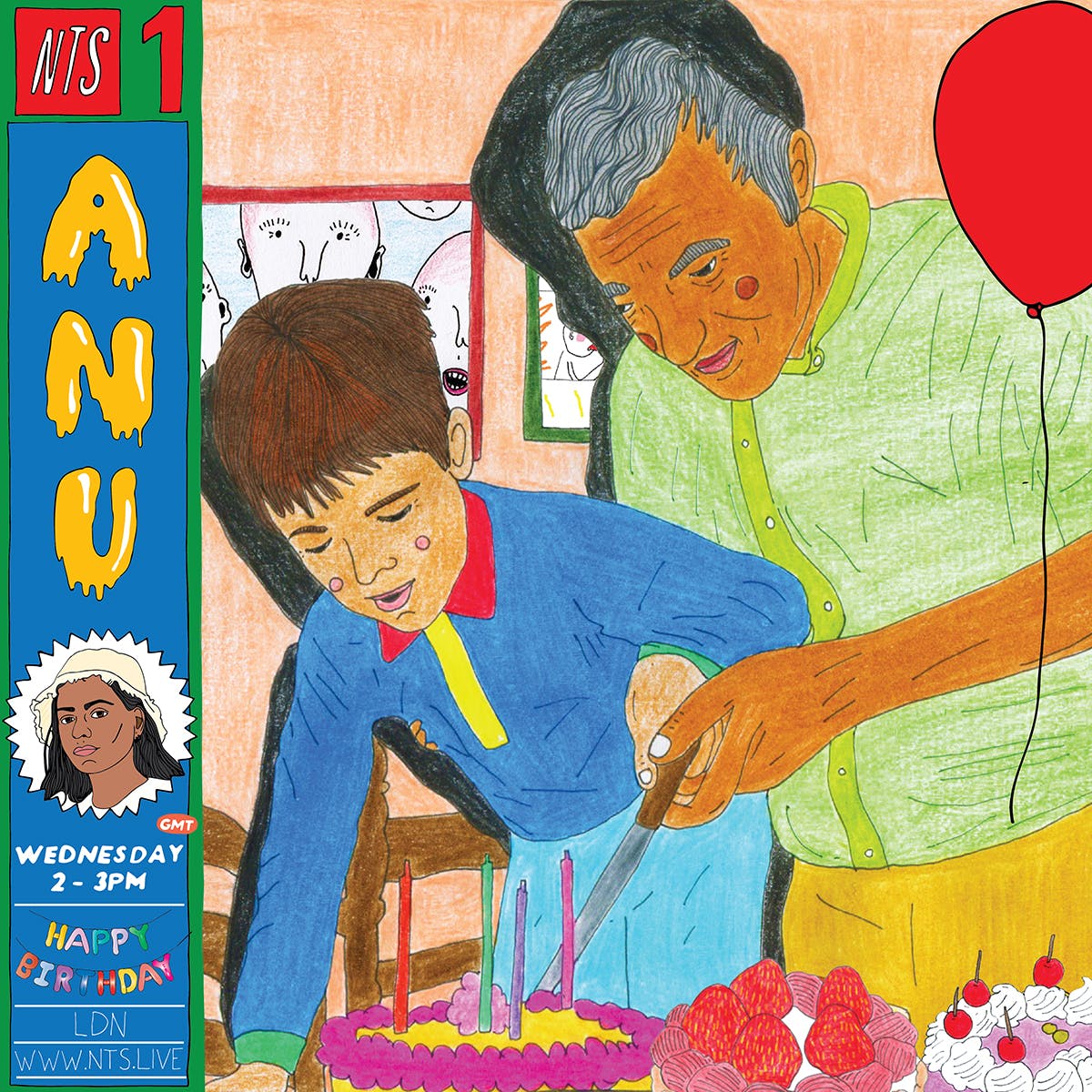 The illustrated universe of Anu Ambasna is filled with all kinds of characters. There are putty-like personalities who look a bit like very functional babies, or people who are the subject of playful derision, like the drunk guy barking a track request to the DJ. And don’t be surprised if you spot faces encrusted in toilet seats or egg yolks. But there’s room for seriousness too, whether that’s in her charming tributes to friends and family, or in the illustrated New Year’s resolutions that seem like a sincere guide to managing life.

These wobbly and full of personality pieces are an Ambasna bowstring. The London-based artist is also a DJ and NTS radio host, and these different outlets have come together to form a symbiotic relationship. “For me, music and art have always existed side by side,” she says.

“I really like how the visual arts can be used as an extension of a person’s musicality and vice versa,” she says. “Thanks to my radio show, I was able to combine my love for music and art in a way that feels very special to me. Listening to music and creating works around it allows me to have a different kind of appreciation of music itself – it allows me to build my own world around songs, albums and sounds. Along with the unique illustrations she does to promote her own radio shows, she has also been tasked with record cover design and promotions for BBC 6 Music.

As a teenager, she wanted to be a fashion illustrator but became jaded by continuing to “draw the same body type” as well as the lack of representation in fashion, including where she intersected with illustration. She didn’t get along very well in fine arts school either. “My work has always been as strange as it is now, which in the past has not been well received in educational spaces. So I dropped out of fine arts school after a tumultuous year, ”she says. “This experience left me feeling shit about my job and decided to focus on the musical side of things, through my radio shows and working for a record company.

“I like to make my own ‘realistic’ drawings which are very faithful to the way I observe things – that is to say to see humor in objects or mundane situations,” he explains. she. “I’m a true introvert who spends a lot of time alone and I also have a vivid imagination – so my work really shows you what’s in the strangest depths of my brain.” Projects with a more serious tone – an illustration to accompany an article on racism, for example – involve showing restraint. “My default style is playful, so more serious orders can be a bit of a challenge (in a good way!) But details like color allow me to tone down the playfulness of my work. “

Comics have become a central part of her practice, including her recent long-running story Corporate Fatigue, which evokes the life of 9 to 5. It’s a format she enjoys from a young age but considers like a neglected art.

Ideas for her comics and illustrations often come from “silly conversations” with friends, which she notes and refers to. The title of his new self-published zine was also spawned by something a friend said. “We were talking about how always busy we are, relaxing at home alone and this is our favorite time. She said ‘I’m not busy, but I’m not free’, I wrote it down and here we are!

Bringing together ten years of work, the publication sees Ambasna come full circle, having produced her first zine at the age of 15. Today, after a “year of transformation” filled with personal achievement, she was eager to produce something tangible and less fleeting for herself and her readers, which she hopes to glean “all the intricate details” of. his job, and having “something that can be kept forever”.

“There’s a lot of work that was created when I was in a not-so-good place, so putting everything in this zine helps me create a new feeling, which is really positive and cathartic,” she said. declared. Explain. “There is a lot of fun work, focusing on themes of music, club culture and just general silliness. He features cocks and drug use, so just a warning – it’s NSFW!