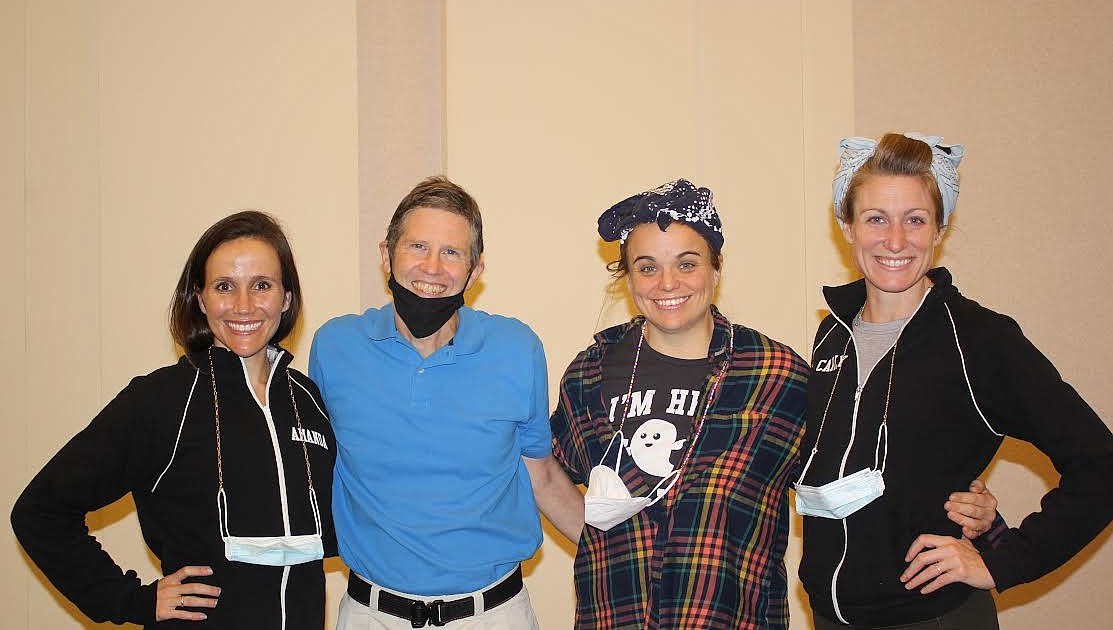 America loved the swing sounds of close harmony girl groups even before the Andrews Sisters and McGuire Sisters before WWII, when music and dancing were alive!

YouTube has black and white memories of these singing and dancing stars showing what many believe to be the best of times.

A trio of New York-based women recently wowed an audience with a terrific take off from this era at Superior’s LDS Church sponsored by the Mineral County Performing Arts Council.

â€œOur goal is to spread nostalgia, joy and human connection through harmonies and music,â€ exclaims Carly Kincannon, who is the founder-owner and arranger of â€œAmerica’s Sweetheartsâ€ which has been performing since

Today, Kincannon has 4 different trios on the road consisting of a soprano, mezzos and a viola. All of the women have impressive resumes of singing, dancing, and acting in the New York and Los Angeles markets.

â€œWe landed in Great Falls last week where we hired a car and played Lewistown, Butte and

Anaconda. Oh, Spokane too. We went to play it today and came back for tonight’s show, â€said Kristen Michelle, who has appointed herself as a travel advisor who finds hikes and fun events to attend if they have the time. free. Amanda Lea Lavergne rounds out this trio as the Dance Captain and is one of the original â€œSweetsâ€ who participate in marathons when they are held in an area where they occur nearby.

â€œThat (running) and singing keeps me grounded and is actually my own personal entertainment,â€ she smiles.

The Montana Performing Arts Council in Great Falls hosted an audition a few years ago where there were 17 different 10-minute live presentations in which different bands or performers presented their routine.

â€œCarol (Billadeau), Denley (Loge) and I went to decide which ones we wanted for 2020 but the pandemic brought them down for a year,â€ explained Jim Goss, MCPAC treasurer.

After Superior, America’s Sweethearts next stop was in Eureka the following evening.

â€œLet’s see, 2 weeks in Montana, then a 6 day layoff,â€ Kincannon said. “Then we come back and have another 4 weeks from South Dakota, with a few programs in New Mexico, Indiana, Iowa and Kansas until Thanksgiving.”

Kincannon is the only one who is married but without children. LaVergne has a partner in Australia and Michelle has a hamster waiting for her in New York. All 3 grew up listening to excerpts from the Great American Songbook, Broadway classics, 1940s and 1950s pop tunes, and jazz.

Goss couldn’t have been happier with their performance. ” It went well ! We had over 60 people,

maybe more with a few still coming in and out. It’s amazing how refined they were, nuances of expression in every song and a touching tribute to the veterans, with every branch of the service having their song sung in a medley â€.

The next MCPAC performance will take place on Tuesday, January 25 at 7 p.m. at the LDS Church. Bridge & Wolak play classic, New Orleans and contemporary klezmer music with a Victor Borgne comedic twist.

Their entire season is on www.mineralcountyperformingartscouncil.org.