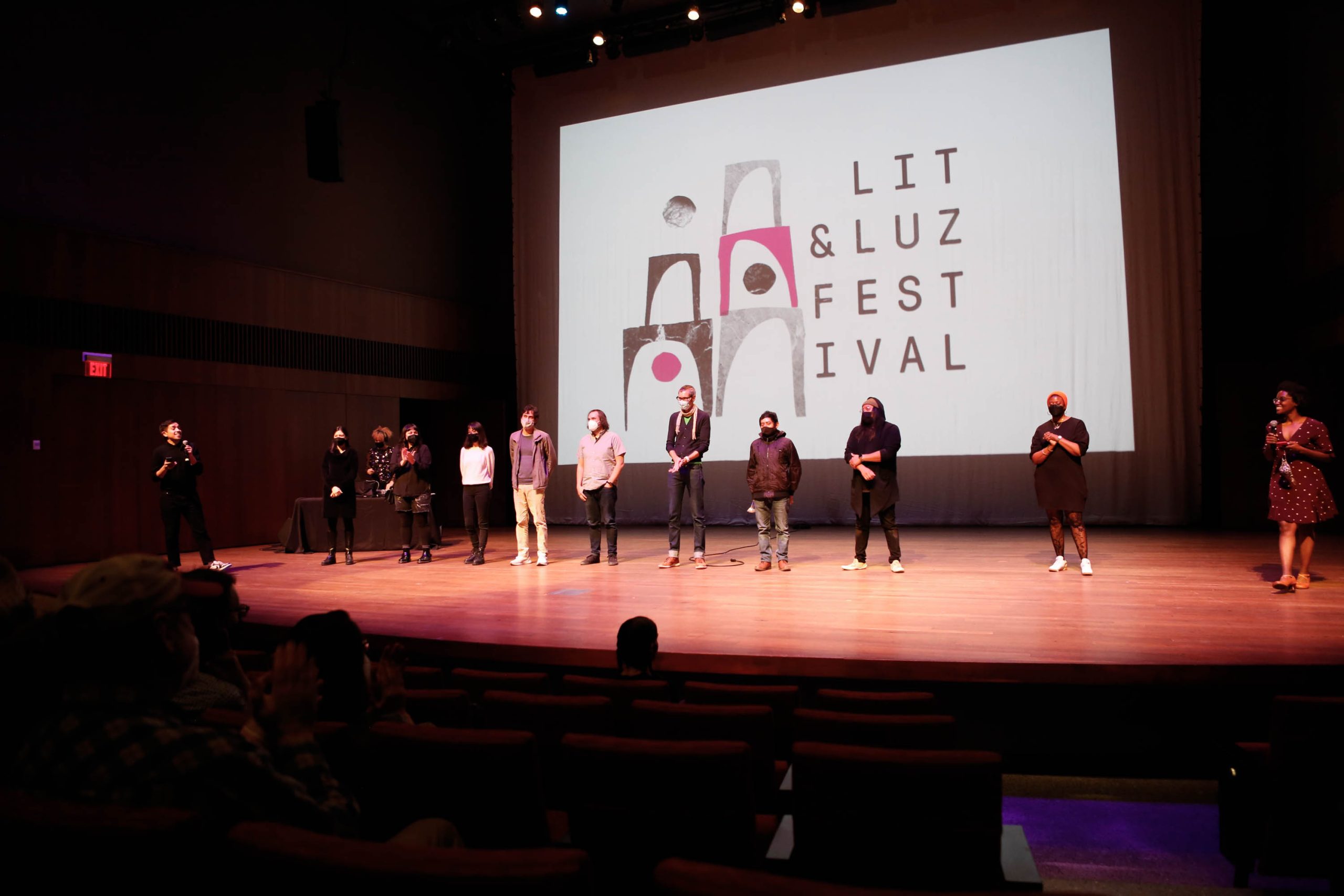 A vision for overhaul at Lit & Luz

The Lit & Luz Festival of Language, Literature, and Art (Lit & Luz) brings together writers, visual artists, and musicians from Mexico and the United States with the goal of fostering cultural exchange. The artistic results of these cross-cultural experiences, from poetry to photography and everything in between, are then presented through a series of bilingual performances. The festival is presented first in the United States and is reset for a presentation in Mexico the following winter, with the same group of collaborating guests.

In Chicago, the ninth edition of the festival kicks off at noon on October 31 with a virtual keynote by Californian poet Anthony Cody. The festivities continue that evening with an artist talk at the Logan Center for the Arts featuring guest Balam Bartolomé with Esteban King, while at The Insect Asylum is the Halloween edition of Favorite poems featuring Kathleen Rooney, Robin Myers, Yolanda Segura, Kailah Peters and Olivia Maciel, among other readers. The festival runs through November 5 with a final celebration at the Chicago Art Department. Events include readings, workshops and artist talks (some offer a virtual option) at venues across the city. The festival’s flagship celebration, the Live magazinewhich features final performances created by collaborative duos, formed by one artist from the United States and the other from Mexico, takes place at the Logan Center for the Arts on Thursday, November 3.

Lit & Luz Festival
31/10-5/11, various locations, most events free and for all ages. For the full schedule, details and locations, visit litluz.org.

The Lit & Luz Festival is produced by MAKE Literary Productions, an association created in 2009 after the success of its founding literary magazine, MANUFACTUREwhich was first published in 2004. The Chicago-based publication “seeks to broaden the discussion of what it means to do something new from a reality that may seem too familiar, even tired, on the surface.”

MANUFACTURE Issue 13, titled “Intercambio/Exchange,” was the magazine’s first as a bilingual edition and featured works by Latin American writers. The bilingual events organized that year (2012) to accompany the release of the magazine highlighted the need for translated literature. The issue highlights the importance of creating a bilingual exchange of literature given the power of the Spanish language and culture in the United States.

With the help of the MacArthur Foundation, in 2014 the Lit & Luz Festival of Language, Literature and Art was officially established. Since then, Lit & Luz Founder and CEO Sarah Dodson said “nearly 50 writers, artists and musicians have traveled to Chicago for Lit & Luz festival events, which are created in partnership with organizations arts and local universities”.

“Review” is the theme for this year’s iteration. Miguel Jiménez, founder and director of the Lit & Luz Book Club, explains this concept as “an opportunity to reflect not only on the impact of the pandemic on our artistic practices and our lives at the “beginning”, but on the way in which it has “revised” the way we approach art, community and inclusion. With so much happening at the start of 2020 and in the future, we have collectively taken a closer look at issues such as access and inclusion.

Jiménez, who was born and raised in Back of the Yards, has always had a passion for Latin literature, music and art and for sharing the work of artists he believes should be seen, read or heard. After college, where he studied creative writing and literature (DePauw University and CSU Fresno), he returned to Chicago and began working with the Chicago Artists Coalition, where he eventually became editor of the newsletter. organisation, Chicago Artist News.

At some point, Jiménez’s passion for literature led him to the new author-focused festival, Lit & Luz. He says, “I was at these festivals before I was part of the [Lit & Luz] crew. At the festival, there were writers I never thought I’d see. For example, before Valeria Luiselli became the writer-superstar she is today, I knew her work. But I never imagined seeing her one day because her work was not translated. She only wrote in Spanish. I remember when I saw her, I was like, ‘No way! Who brought her? Why is she here? And not only her, but also her partner Álvaro Enrigue. I was a huge fan of his, and that was before either of their books were translated. I was in awe.

He started telling his friends about the festival and soon realized that many were unaware of the events, so Jiménez did what anyone with a passion for literature should do. He approached Dodson with the idea of ​​forming a book club. Jiménez proposed that reading a writer’s work, which would later be featured in the festival, might entice more people to attend because they would already be familiar with their work.

The Lit & Luz Book Club was established in 2018 and has partnered with local bookstores to offer author books featured at the festival. The book club is currently in partnership with City Lit Books in Logan Square, Pilsen Community Books in Pilsen and Exile in Bookville at the Fine Arts Building downtown.

In 2020, Lit & Luz had to switch to a virtual model due to COVID-19 restrictions, and things went better than expected.

“It was really a wonderful experience because we were able to reach new audiences in other parts of the world, and maybe audiences that wouldn’t have been able to attend. The same goes for the public who have never heard of the festival or have heard of it but were unable to attend. It brought a lot of people together virtually. Part of the festival also includes the book club, which is only hosted in Chicago, and since it was virtual, we had more attendees. People have joined in Mexico and parts of Mexico where we’ve never been able to hold the festival, like Chiapas and Oaxaca,” says Jiménez.

Although Lit & Luz continues to be an event focused on literature, it is also much more than that.

Jiménez explains: “It gradually became more. It is still based on literature, but it also finds the intersections between literature, music, visual arts and other forms of artistic expression. More and more we have more visual artists, more sound artists and artists in other mediums like dance. There are also multidisciplinary artists who actually work with all of this. It’s like this endless intersection of all these different mediums.

As book bans across the United States burn through the work of often ignored voices, programming that encourages artistic exchange, like the Lit & Luz festival, is indispensable. They reinforce literary endeavors and encourage the sharing of cross-cultural experiences, creating a seemingly endless reciprocity.