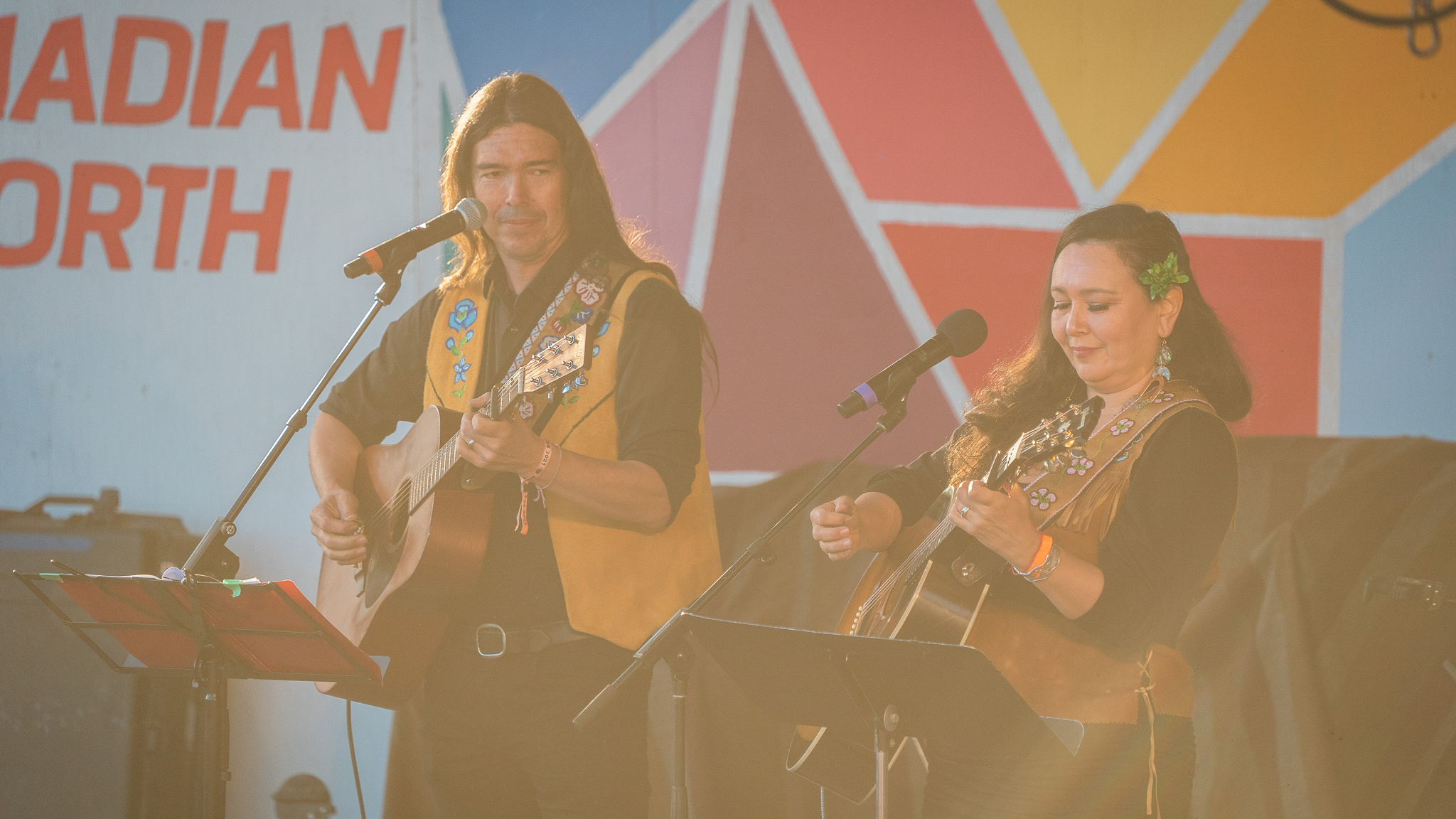 A new film project highlights the talents and stories of more than 20 artists from the Northwest Territories.

When the Covid-19 pandemic first hit in March 2020, halting live performances, the Northern Arts and Culture Center wanted to find a way to continue supporting artists.

Inspired by a video of an Icelandic dancer performing on land, Marie Coderre, the center’s executive and artistic director, said she decided to team up with Western Arctic Moving Pictures on a video project. The result was a series of five films – one from each region of the territory – dubbed the Trapper Radio Series.

“We were trying to find ways to keep the performing arts alive,” Coderre explained.

“It was a very community project. It is a fine testimony to the artistic scene here in terms of the performing arts.

“The partnership worked well because we were both able to do something when we were in confinement.”

The series was highly collaborative, Coderre said, and includes a wide range of performances from “spoken word to heavy metal and everything in between.”

The artists also shared intimate conversations with each other about their art, the North, and life during the pandemic. The films show them connecting across the Northwest Territories via bush radio.

The idea came from Dene singer and songwriter Leela Gilday, who said it was a “strong symbol of connectedness in the North”.

“People have been using bush radio to communicate from their hunting or fishing camps or even just around town for a long time,” she said. “It’s a really unique way of communicating in the North that I found really special.

In the film focused on the Sahtu region, Gilday shares a conversation with his brother, musician Jay Gilday. She also performs her song Space on the banks of the Sahtu Deh or Great Bear River in Délınę where her grandfather, Joe Kenny, used to spend time on land hunting and fishing.

“That’s part of what I think makes us special is the places and the people we come from in the North,” she said.

Gilday said the song, which was released on his latest album North Star Calling, features the voice of the late elder Adeline Vital singing a Dene love song. Gilday has been working on writing her own love songs for her upcoming album.

Dylan Jones, a hip-hop artist from Fort Good Hope who plays Crook the Kid, is also in the film.

Along with creating a music video for the project, Jones said he had an introspective conversation with Gilday about mental health, music, inspiration and Covid-19.

Jones said he discovered the initial Covid-19 lockdown over the radio while at a caribou hunting camp outside Łutsël K’é. At the time, he had just finished his studies and was planning to travel to Poland for his first European festival.

“We’re not really a social media type of artist here,” he said. “My career and that of most other artists is based on performance… We are highly dependent on the ability to travel.”

Jones said the Trapper Radio series highlights the importance of maintaining connections, especially during the pandemic.

“It’s good to look out for each other. It’s important to see how your friends are doing in their lives,” he said.

Further south, in the North Slave region, a group of artists have produced a stop-motion animated film that takes viewers back in time to Canada’s centennial celebrations in 1967. In the Northern Territories -West, attractions traveled to communities by barge.

Yellowknife musician and storyteller Pat Braden said the centennial barge had a Ferris wheel, exhibits and a live band on board. The film features stories of some of these musicians and northerners who remember the barge.

“It’s a really fun timeline of this journey that happened,” he said.

“This one was a bit more of a retrospective on a period that was actually very important in the development of music in the North that I was sort of a product of and many others over those 40 years. ”

Among the artists who performed on the barge was the Tundra Folk, a trio of Ted and Leslie Wesley, who helped found Folk on the Rocks in 1980, along with Andy Steen. Braden said Ted, who died in December, was “larger than life” and the film is a “wonderful tribute to him”.

Other artists featured in the films include Leanne and Louie Goose, Wade Vaneltsi, Rebecca Nowdlak, Wesley Hardisty and the band State of the Art.
The Trapper Radio series will stream online Saturday at 7:30 p.m.

A theory of entropic bonding

How The Matrix Resurrections Used Visual Effects To Plug In